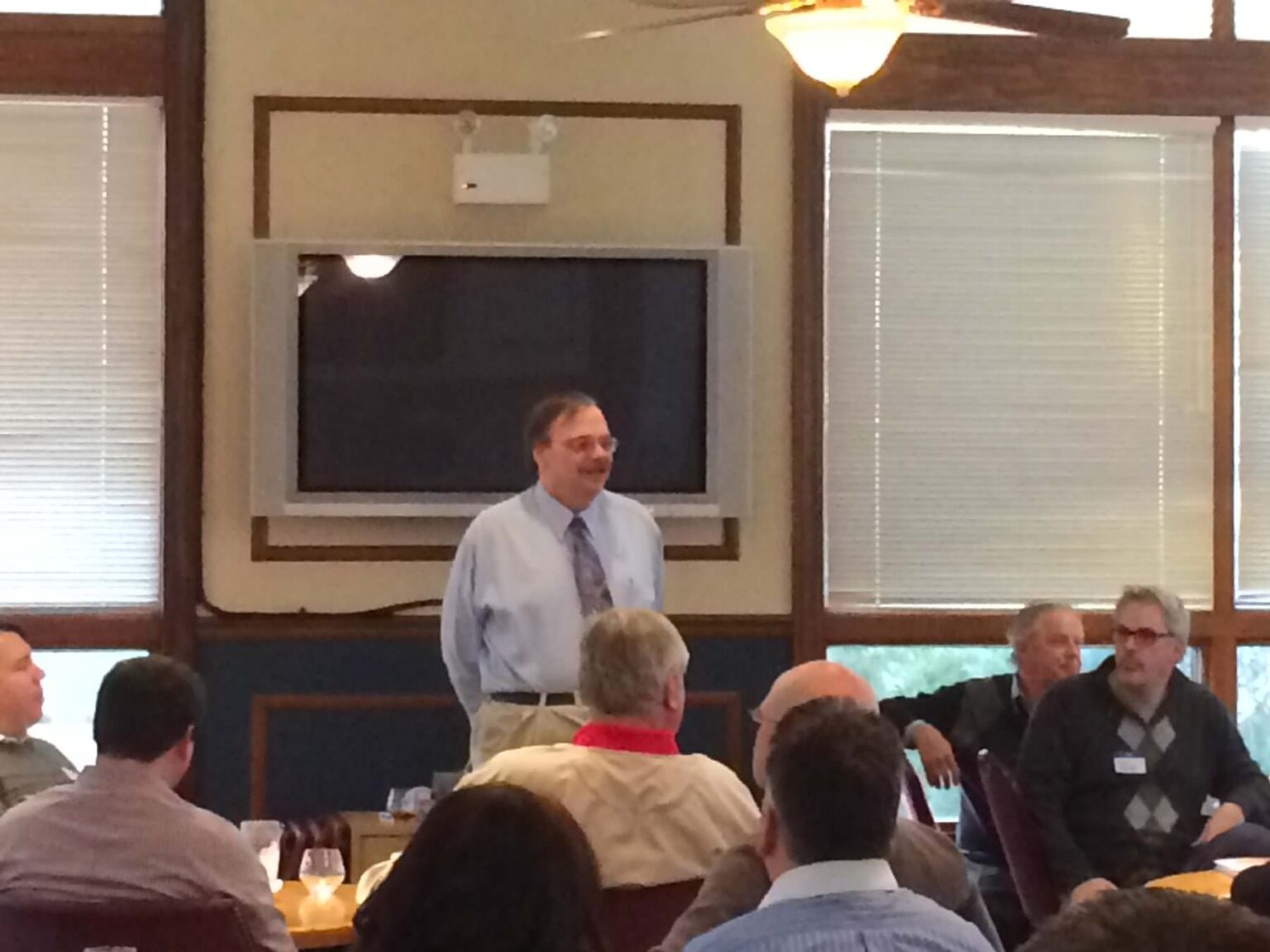 It is about time that an organization of America’s native spirit is established in the North. I was lucky enough to attend the inaugural meeting of The Bourbon Society of Cincinnati on Monday and, to be fair the meeting was actually held in Northern Kentucky (baby steps).

This society came about through happenstance.  It is a collaboration between Facebook groups and a member of the Louisville Bourbon Society.  The dreams and hard work of Butch Wilburn, Marc Collins, Todd Carnes and Chad Finni made this group a reality in the Cincinnati Area.  The group is a celebration of  bourbon, the attendees of the first meeting were treated to a speech by the bourbon encyclopedia that is Michael Veach, author of Kentucky Bourbon Whiskey: An American Heritage

In addition to general (and not so general ) bourbon knowledge, Veach guided us through the two tastings of the night; Old Forester Signature and Old Fitzgerald.  These may not be the first bourbons that come to mind to a casual bourbon drinker, nor are they considered ‘premium’ bourbons.  They are examples of why we love bourbon; complex, yet smooth.  Both with great aromas.  Old Forester had aromas of apricots and oak, with a sweet flavor with a  peppery finish.  The Old Fitzgerald is a wheated bourbon, a favorite style on ModernThirst, and ended up being the star of the show, with aromas of crème brûlée and honeysuckle.  Flavors of green apple, caramel and butternut highlighted this tasting, and was touted as better than Woodford Reserve (and half the price!) As we tasted these non high shelf bourbons we were reminded that all bourbons are good in their own right, just judge and enjoy them for what they are and the flavors they impart and not against unrealistic expectations.

The first meeting of The Bourbon Society of Greater Cincinnati (BSGC, I suppose) was a success, with close to 70 attendees.  The future looks bright with great guests speakers, new friends and great bourbon.  This group expects to have the access to single barrel selections that can be hand picked by members (that is likely to be facilitated through Liquor City stores).  Another sponsor of this first meeting is My Old Kentucky Bourbon Bar in Covington, KY. To paraphrase a Butch Wilburn statement, there are many great things about this society,  but most importantly, it gives members access. Access to great bourbons, speakers,and  friends.  On Monday night I saw a passion, a passion for the spirit that is so much more than a drink.