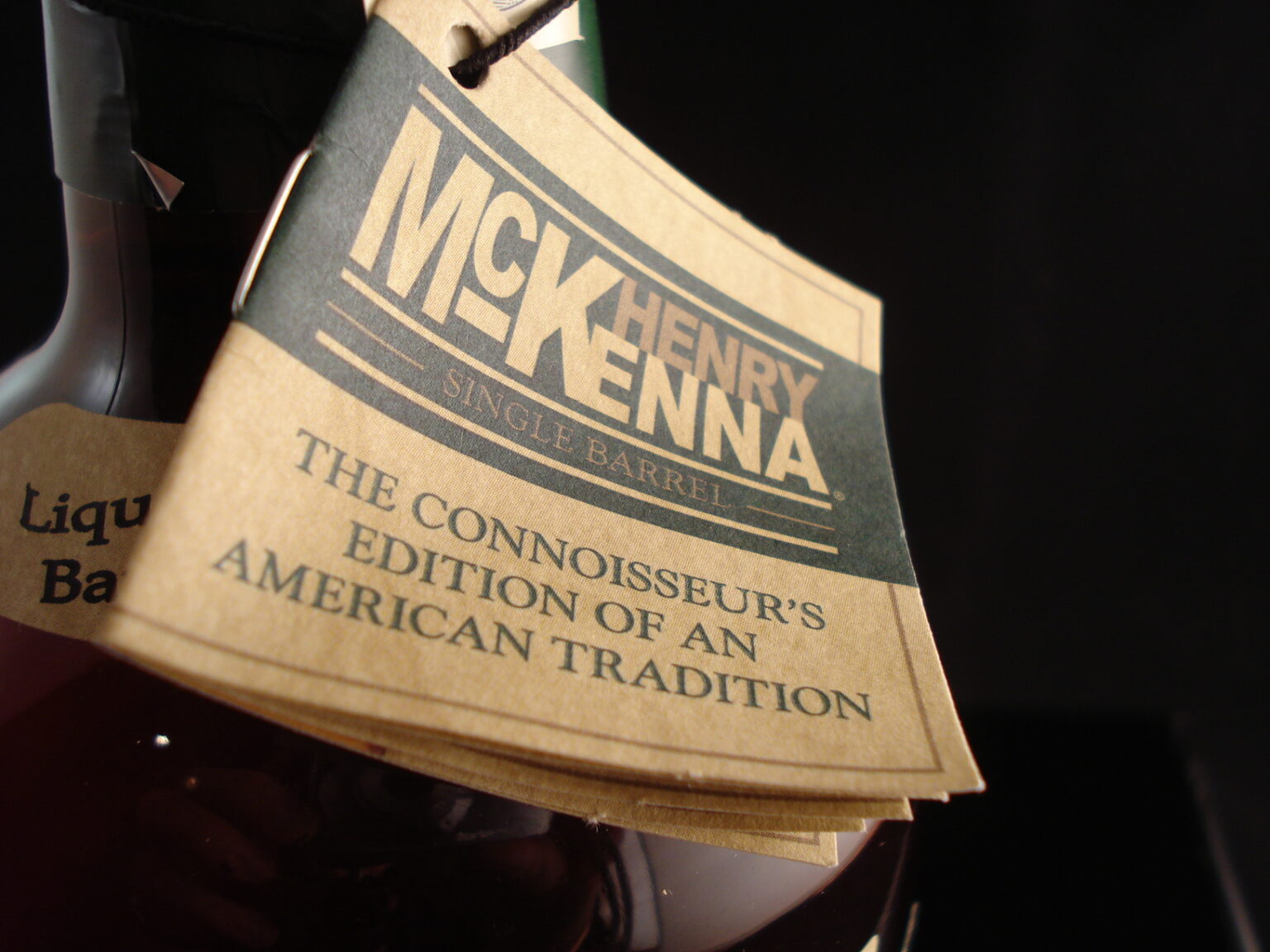 If some bourbons can be criticized for being a bit too weak, with the flavors too subtle, this bourbon certainly avoids that pitfall. Like the big bourbons of ages past, it takes classic bourbon flavor and smacks you in the face with it.

Henry McKenna is a Heaven Hill produced bourbon out of the Louisville, KY Bernheim Distillery.  This single barrel bourbon is bottled in bond after aging ten years in a federally bonded warehouse near Bardstown, KY.   This particular bottle is from a private selection program at a local liquor store in which a retailer selects a barrel from the warehouse after sampling several and is able to offer all the bottles from that barrel to its customers. 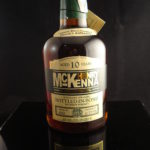 McKenna Single Barrel is bottled in a short, squat bottle with cream and green labeling.    The Bottled-in-bond seal covers the screw-top cap, and handwritten barrel and bottle information marks the lower front of the label.  I wouldn’t call it unattractive, but it won’t draw attention on your shelf. 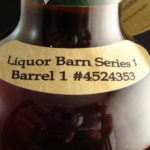 Mint is the first aroma to hit the nose, a characteristic of the Heaven Hill yeast strains.  But citrus fruit and caramel follow with strong woody oak hints.

Caramel is the first flavor that hits right on the tip of the tongue with butterscotch flavors developing through the mid tongue.  Hints of vanilla range through with some orange peel on the edges.  Strong oak and tannin hits the back of the tongue.

Pleasing and long, there is a definite pepper spice on the end with tannins and oak lingering along with that hint of mint.

A surprisingly satisfying bourbon.  It isn’t nuanced, per say, but it’s solid throughout.  Its 100 proof makes it stand up well to water or ice, and adding distilled water brings out the citrus aromas even more strongly.   If some bourbons can be criticized for being a bit too weak, with the flavors too subtle, this bourbon certainly avoids that pitfall. Like the big bourbons of ages past, it takes classic bourbon flavor and smacks you in the face with it.  It’s a product of a no-regrets and no-frills distilling philosophy that makes no apologies for what it is, and makes no compromises. It’s straight forward, powerful, and quite enjoyable.