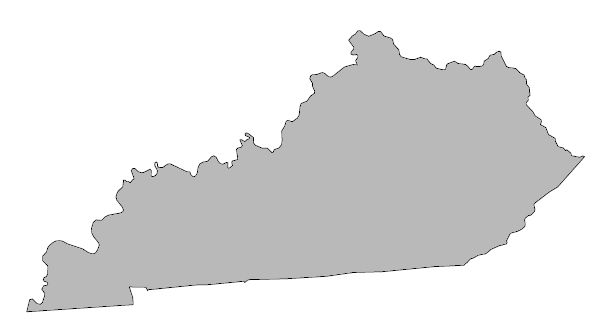 It’s a common question:  Why is bourbon mostly made in the State of Kentucky?

Well, my first smart-alecky response is that Kentucky is a Commonwealth, not a State.  But that’s purely semantics, and also pretty obnoxious.  The truth is much simpler.

It’s true that nearly all bourbon is made in Kentucky.  95% of it, according to the last numbers I’ve heard.  Nearly half of it is made in Clermont, KY at the mammoth Jim Beam Stillhouse.   But that doesn’t answer the question.  The answer is simpler than you’d think.

It’s a function of geography and history.

Kentucky was one of the first areas settled west of the Appalachians.  It was rough, remote, heavily forested, with the eastern portion dominated by hills and mountains.  Farmers who settled the region grew corn, but huge bushels of corn were difficult to transport and sell, and impossible to store for the time it took to move them downriver.  Much of it spoiled en route down the Ohio River, and then the Mississippi towards New Orleans, where it would be sold.  But if that corn were distilled and stored in barrels, it became much easier to transport, and lasted indefinitely.  Voila!  The bourbon industry was born.

In addition to that, Kentucky is largely covered with red clay soil, which lends itself to corn growth.  And Kentucky is very agrarian in many regions, meaning a great deal of corn and grain has historically been grown nearby.  The cold winters and hot summers also work to age the whiskey much more quickly than, say, the moderate temperature changes in Scotland, where Scotch Whisky must sometimes be aged 30, 40, or 50 years.  The climate serves to ready the bourbon more quickly.

Perhaps most importantly, Kentucky’s clay soil sits atop a huge limestone shelf that dominates the central portion of the Commonwealth.  Limestone naturally filters out many harsh minerals from rivers and streams, including iron, which is a mineral that imparts a harsh, metallic taste to whiskey.  Some distillers refer to iron as the “mortal enemy of bourbon.”  Even today, distilleries are usually located near a limestone spring, river, or stream from which water is drawn to make bourbon.  In other words, it’s very convenient to make bourbon in Kentucky.

And that’s it.  Bourbon can certainly be made anywhere in the United States.  To illustrate that, we’ve seen a growth in distillers making the spirit from coast to coast.  But history and geography make Kentucky the ideal place to do it, especially on a large scale.