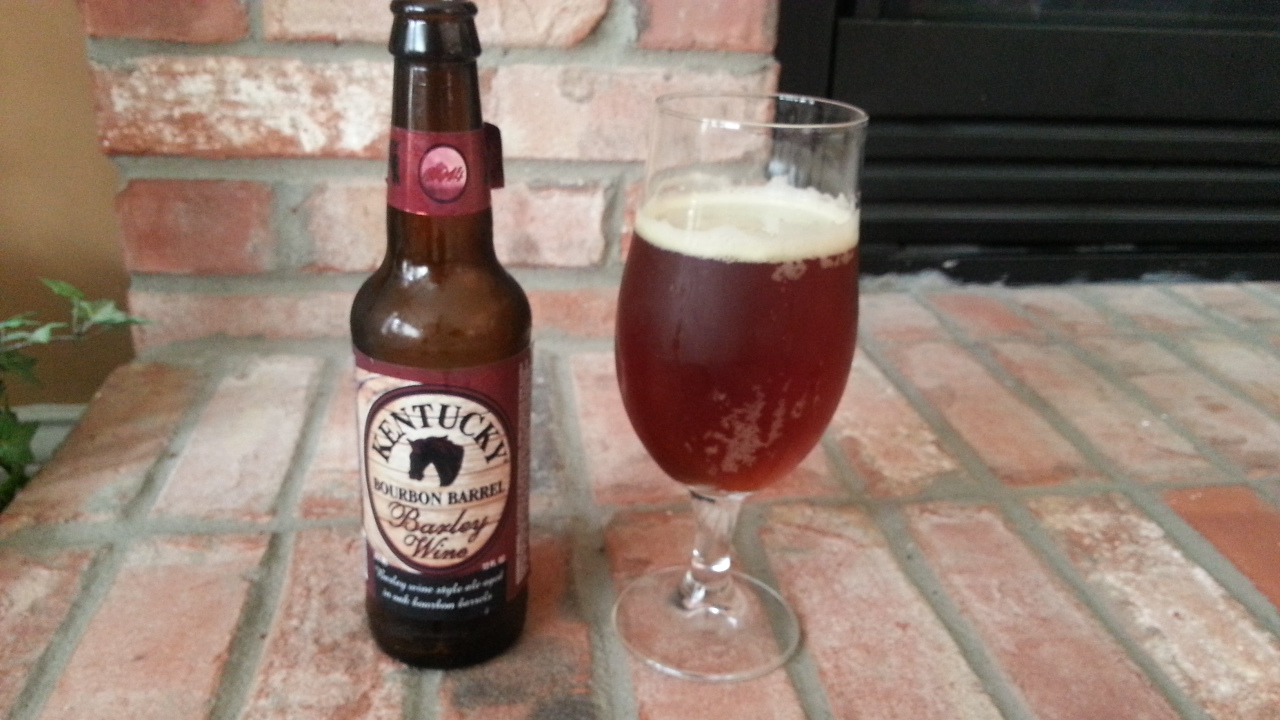 Barleywine, in the English tradition, is a very strong ale with earthy qualities ranging from toffee and caramel to dark malts.  The American varieties tend more towards a simple high-hop ale with fruity characteristics.  I suppose the Kentucky Ale version is geared directly towards the American take.  It’s 10% ABV, and pours a copperish-red hue with a pale tan, almost white head.  Moderately carbonated, the ale is extremely light and very hoppy, adding a bittnerness that marks it clearly American style.

However, this is also aged in bourbon barrels.  Typically, I would expect that to add a sweetness to the flavor and a distinct bourbon aroma to the nose.  I found neither.  In fact, I’m not entirely sure that the bourbon barrel aging added anything at all to the beer.  It tastes largely like a high ABV dark ale.  In fact, I’m not sure that it even strikes me as a barleywine in flavor.  It lacks finesse and depth.  It’s very dry and crisp, as well, and while some prefer that in their beers, I find it confusing in a barleywine, particularly a bourbon aged barleywine.  Where is the richness?  Where is the decadence?

Overall, the appearance of this beer is outstanding.  But it falls short in delivering the whole tasting experience.  For $15 per 4-pack, that’s a tough pill to swallow.

Facebook Comments
Previous ArticleWhy Kentucky?
Next Article ESQUIRE: HOW TO DRINK ALL NIGHT WITHOUT GETTING DRUNK