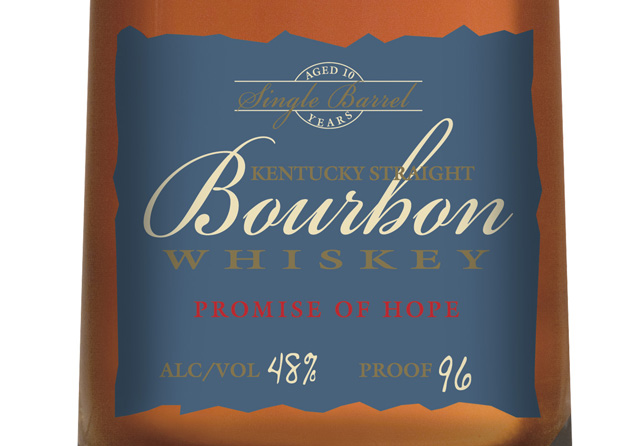 Parker’s Heritage is an annual, very limited release bourbon produced by Heaven Hill Distilleries. It is named for long time Master Distiller Parker Beam, and the release is chosen each year by Parker and his son, Craig. Like most limited release offerings, this bourbon sells out quickly in Liquor stores, and is usually priced well above the suggested retail price, often commanding secondary market prices of two, three or even four times the market.

This release marks the 7th edition of Parker’s Heritage. It also has a special purpose.

Note from the Distiller:

Parker’s Heritage Collection is a series of rare, limited edition American Whiskeys offered as a tribute to sixth-generation Master Distiller Parker Beam for his more than five decades of crafting exceptional Whiskeys. Parker Beam is now facing a new challenge. He has been diagnosed with Amyotrophic Lateral Sclerosis, commonly known as ALS or Lou Gehrig’s Disease. Now, he is using his legacy to bring attention to ALS and the fight for a cure.

Heaven Hill Distilleries is donating $20 to the ALS Association per bottle sold, making this edition even more special to Parker. The ALS Association has established a special fund, known as the Parker Beam Promise of Hope Fund, into which the donations will be collected.

As can be expected from an expensive and rare bourbon, this product is packed very attractively. It is packaged in a round bottle with black seal. The Parker’s Heritage logo is screen printed in gold lettering on the top half of the bottle with blue-gray edition-specific label

Copper. Medium in shade, this is not a particularly dark bourbon, nor is it a pale gold lightweight in terms of color. I would say it appears just a touch light for a 10 year old, 96 proof bourbon.

This is a deep and layered nose. There is definite vanilla and sugar on the initial inhalation, with a very Heaven Hill-esque sweetness reminiscent of circus peanuts. It is backed by oak and candied apples with lots of caramel.

This bourbon is up-front and sharp. It is initially spicy-sweet with cinnamon and cloves giving way to maple syrup, vanilla, and caramel. Very well balanced and very smooth.

This is a particularly pleasing finish, long and smooth, lacking more than a medium alcohol burn. The oak is the most dominant sensation, lingering for several seconds after the swallow, fading to a nutty sweet caramel.

I wouldn’t say this bourbon is hugely divergent from other Heaven Hill offerings. But it does take some of the highlights of various different products and showcase them in an extremely well-balanced format. It has the woodiness of Elijah Craig, the nose-pleasing vanilla of Henry McKenna single barrel, and the sweet luscious caramel of Evan Williams at what I can only say is the perfect proof for this particular offering. It’s not different than other Heaven Hill offerings, it’s a showcase for all the things they do well in other bottlings.  It’s classic bourbon flavors executed nearly flawlessly.