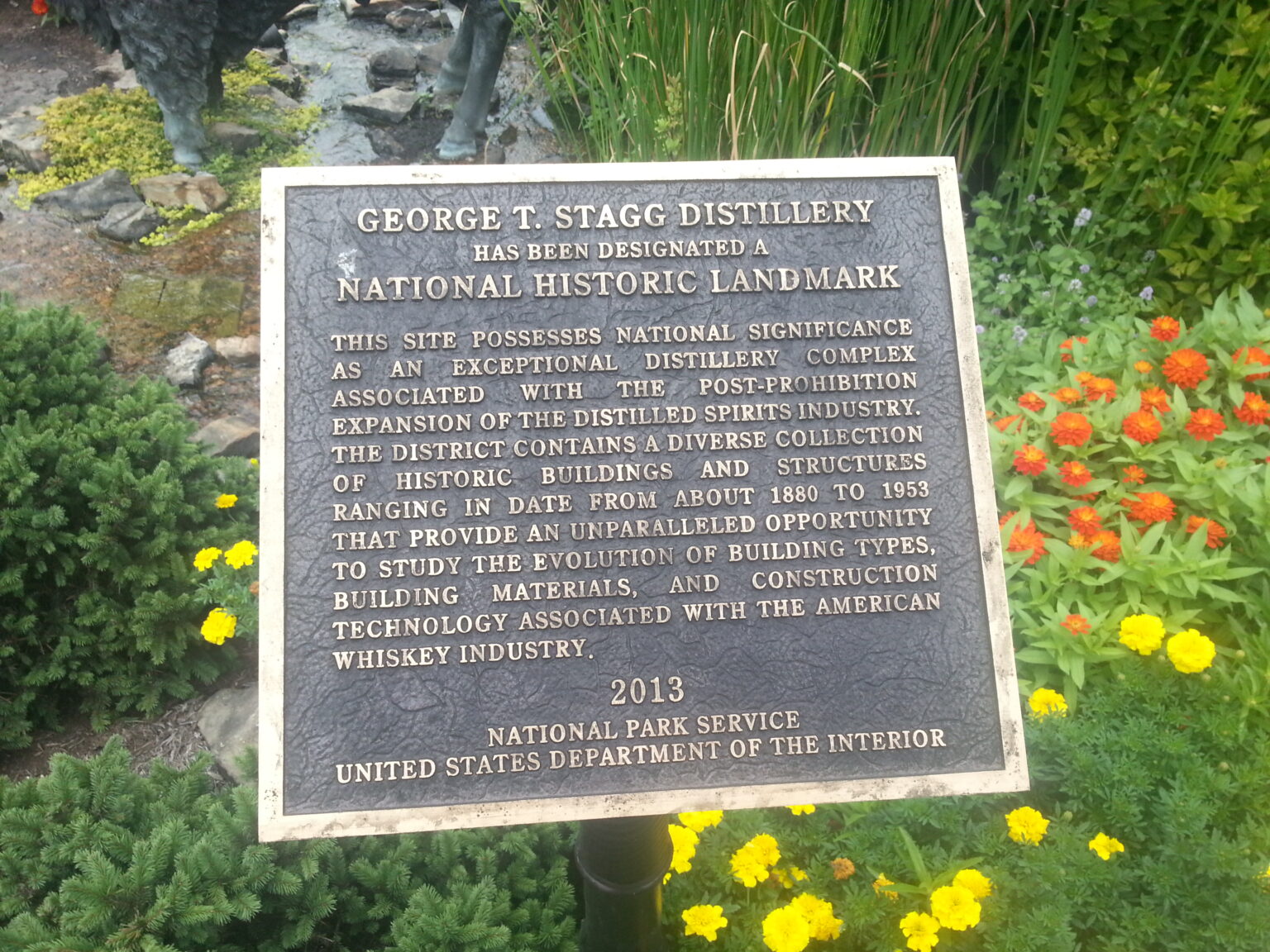 Typically, one would expect a Saturday Morning in August in Frankfort, KY to be hot and humid as the day begins. But on August 16th, the Buffalo Trace distillery woke up to a cool, cloudy morning and a visit from Modern Thirst.

I’ve toured most of the distilleries on the Kentucky Bourbon Trail before. While Buffalo Trace is no longer officially a member of the Trail itself, they are one of the largest distilleries in Kentucky (the massive Jim Beam facility being the largest).  I’ve actually taken a “Ghost Tour” at Buffalo Trace once before.  That’s a somewhat laughable tour, but I suppose some supernatural enthusiasts would find it more appealing.

The facility itself is fascinating. We took the standard free tour, but I do recommend trying to book a hard hat version, if possible, because the standard tour leaves a little bit to be desired.  It starts in a small film room where guests are treated to a film that focuses largely on the history of the site itself rather than the actual company. From there, guests visit a warehouse through a sort of hidden door behind a bookcase in the film room. Afterwards, the tour takes visitors to a bottling room where workers were hand-bottling 375ML bottles of Blanton’s. Then on to the tasting.

Wait, what’s that?  You want to see where Pappy is made?  No.  Want to see where Blanton’s is distilled?  Nope.  You want to see where standard Buffalo Trace starts its journey from water and grain to bourbon?  Absolutely not.  Well, you might see the outside of the building where it happens, but you don’t go inside, and they don’t point them out.  The tasting is clearly the highlight of any distillery tour, but for some reason, Buffalo Trace skips the entire production process altogether. There are no views of the stills themselves, no fermenting tanks, nothing to show the actual process of making the whiskey…just bottling and aging. I understand that it the facility may not be setup perfectly for that, and the tour itself is free, but that’s a very interesting (and therefore lacking) piece of any distillery tour.  Based on the tour, visitors might as well believe the bourbon just magically distills itself and appears in the barrels.

Nevertheless, the parts that are shown to visitors are very nice, and culminate with the aforementioned tasting in the gift shop. We tasted Eagle Rare, Buffalo Trace, White Dog (Mash #1), Wheatley Vodka, and Bourbon Cream. All very nice.

My second criticism of the experience is the lack of gift shop options- namely in the bourbon department. Usually, there is Blanton’s available, but given the allocation of bottles at the moment, it’s understandable that there are none now. There was Eagle Rare, Buffalo Trace, and Wheatley Vodka. Everything was very common bourbon, fairly easily found (aside from maybe the vodka, but no one cares about buying vodka while touring a bourbon distillery) even in today’s allocated environment.  There may have been Bourbon cream as well, but at that point, most everyone was so disappointed in the selection that we’d stopped paying attention.  There was the regular assortment of branded items…glassware, hats, bottle openers, magnets, etc.  But the actual product made on site? Meh…might as well have been the liquor section at Rite Aid.

I’m not suggesting they have bottles of Pappy 23 out there or anything, but why no gift-shop only collector’s bourbon such as the Barrel proof Evan Williams or the American Stillhouse bourbon or Old Tub like is sold at Evan Williams and Jim Beam, respectively? Why no private selections with labels indicating they are gift shop selections such as are sold at Four Roses and Willett? Seriously, Buffalo Trace is too large a company with too large a tourist experience to miss so widely on this. And miss they do. It’s a big whiff, and something they should address. And it doesn’t need to be anything crazy- just something- anything– for guests to buy that they can’t get elsewhere. A collectible bottle of standard Buffalo Trace would be fine, for goodness’ sake. Alas, there is nothing. There’s no hand-bottling bourbon to purchase, there’s no dipping of a bottle in wax. Nothing really makes this a unique experience as other distilleries try very hard (and very successfully) to accomplish.

The tour is just okay, considering what is so obviously missing from it, and the gift shop is amazingly sub-par. Still, Buffalo Trace is a huge, beautiful old distillery with tons of history and great facilities, and it’s certainly worth a visit. It is, after all, a free tour. But I can’t help but wonder if they charged just $5 a person, could they expand it just a bit? There’s no reason it can’t be the premier distillery tour in Kentucky.  As it stands, it’s probably best that it’s not on the Kentucky Bourbon Trail, because as a tourist attraction, it’s well behind the pack.

Please feel free to scroll through the photos above to get a glimpse of Modern Thirst’s visit to Buffalo Trace!