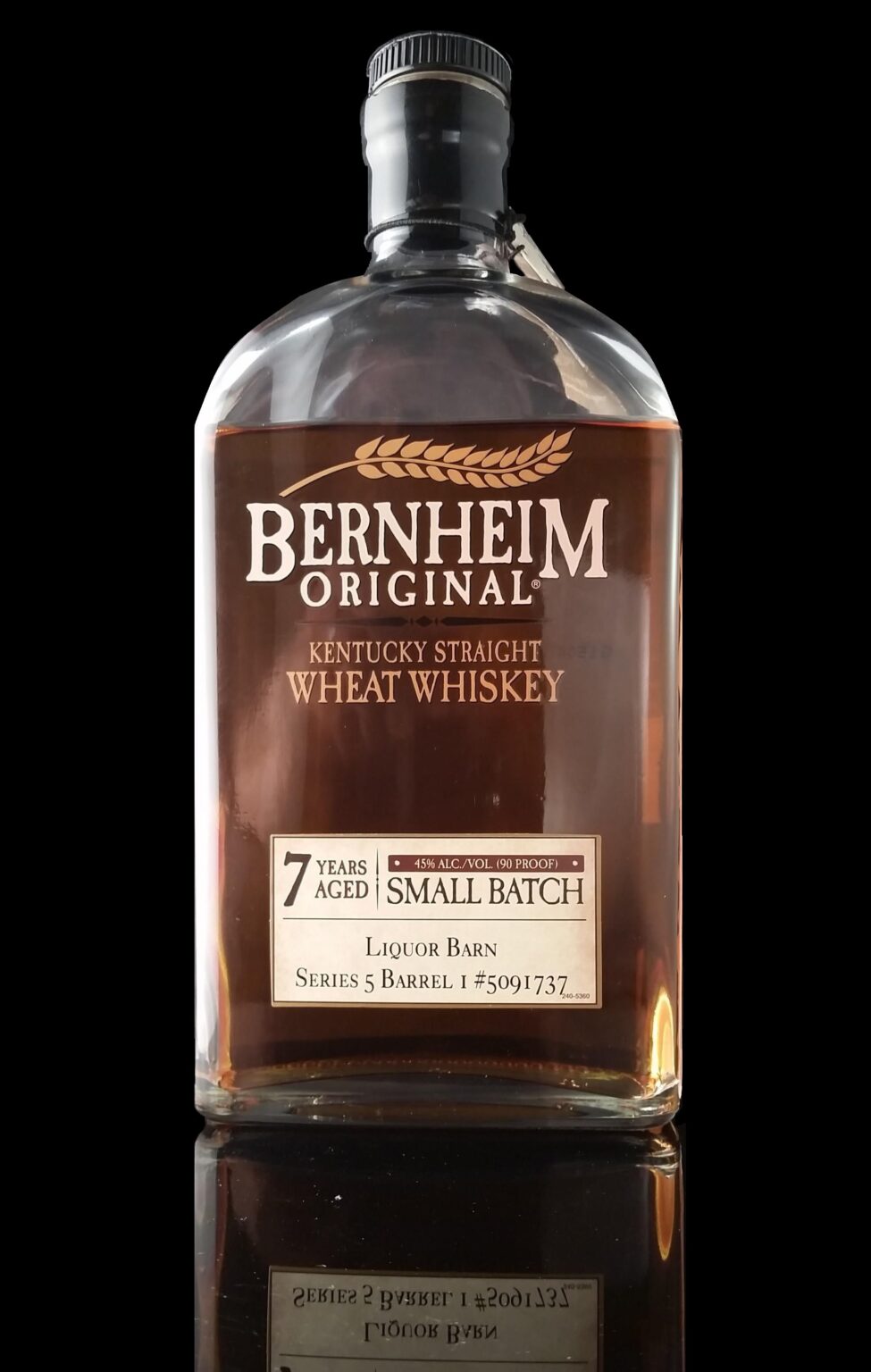 This is the best of the three Bernheim bottles we've reviewed, and shows that this inexpensive offering can reach some pretty attractive heights with the right barrel selections.

No, this isn’t the first time we’ve reviewed Bernheim Wheat Whiskey.  It’s not the second, either.  This is the third, actually.  And we’re not embarrassed.

Bernheim Wheat Whiskey is one of our favorites simply due to its uniqueness.  It can run the gamut between a little thin and one-dimensional to sweet and luscious on the taste buds, depending on the bottling.

Since our last take on Bernheim, we’ve seen a new packaging that included the addition of an age statement, which is, frankly, downright amazing in this day and age.  Rather than the copper-ish plastic medallion on the glass bottle, the label and logo is now screen printed onto the bottle.  On one hand, I miss the big, garish medallion.  On the other hand, the new look is definitely more contemporary.

The new look is sleek, modern, and attractive.  And it proudly states “7 years aged” on the bottle, which is, in my book, a very good thing.

What it is: (From our previous review)

Bernheim Wheat Whiskey is not bourbon, as it does not meet the mash bill requirements of bourbon that call for at least 51% corn in the mash.  This whiskey uses Wheat as the primary ingredient rather than corn, making it essentially a “new” classification of whiskey.  Others have followed suit in recent years, perhaps most notably Masterson’s.  Wheat lends a slightly lighter, sweeter flavor to whiskey than rye, which is the more typical secondary mash grain with a softer texture in the mouth than corn.  Thus, wheat whiskey tends to be sweet, light, and soft compared to rye whiskeys or bourbon, which have spicier characters to them. 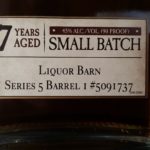 Smoky vanilla and caramel with underlying hints of oak and brown sugar.

Vanilla and mint greet the tongue, with an underlying tingle of sweet wheat that hints of coconut and brown sugar.  Compared to the other iterations of Bernheim we’ve reviewed, this is a more creamy, velvety texture with more luxurious sweet flavors smacking of bakery goods and spice cake.

Medium-long in length, this bottling packs a lot of bakery flavors into the finish, diverting away from spiciness and towards a spearmint-like wheat finish.

Still not a hugely complex sip, this bottling is far more akin to the Parker’s Heritage Wheat Whiskey release than the others, though it’s obviously no closer in age or proof.  It does contain a bit more of the lush baking spice oriented flavor and brown sugar notes of the Parker’s 8th Edition, albeit is a much more muted fashion.  This is the best of the three Bernheim bottles we’ve reviewed, and shows that this inexpensive offering can reach some pretty attractive heights with the right barrel selections.