There whiskey strikes a great balance of cooking spices with a little heat from the alcohol on the back of the tongue, making this a really nice sip. In fact, it's one of the better rye whiskeys I've tasted in recent months, and I wish I'd picked up more of it. Very nice.

A Mindwinter Nights Dram is a limited release blend of 16 year old Straight Rye whiskey from the Barton 1792 Distillery and 6 year old Straight Rye Whiskey from the MGP Distillery in Lawrenceburg, IN.  The MGP mash bill consists of 95% Rye and 5% Barley Malt while the Barton rye from an 80% Rye, 10% Corn, and 10% Barley Malt mash bill.  It is then finished in both port wine and French oak barrels.  The blend is produced by High West distillers in Park City Utah, who boasts a growing reputation as a source for some very tasty Ryes. 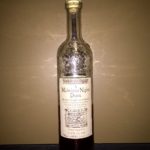 AMND is bottled in tall, traditional bottles with a cream label.  It hearkens to a Shakespearean theme and makes for an extremely attractive packaging.

Copper and murky, somewhat dark for a rye, speaking to the 16 years age in the mix.

Citrusy sweet hints of lemon zest greet the nose, but give way to comforting aromas of cinnamon, vanilla, and gingerbread. 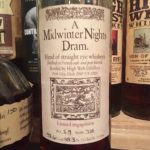 There isn’t much of the traditional MGP citrus on the tongue, and instead, this hits the palate with more shortbread, vanilla, and graham cracker sweetness.  There is plenty of barrel tannin near the tail, drifting into the finish.

Some plum and dark fruits seem to pop on the finish with more barrel tannins and some lingering cinnamon.  This is a longish finish, and very pleasing.

A Midwinter Nights Dram is bottled at what I have to believe is the perfect ABV.  There is a great balance of cooking spices with a little heat from the alcohol on the back of the tongue, making this a really nice sip.  In fact, it’s one of the better rye whiskeys I’ve tasted in recent months, and I wish I’d picked up more of it.  Very nice.

ModernThirst.com score: 90 out of 100 points 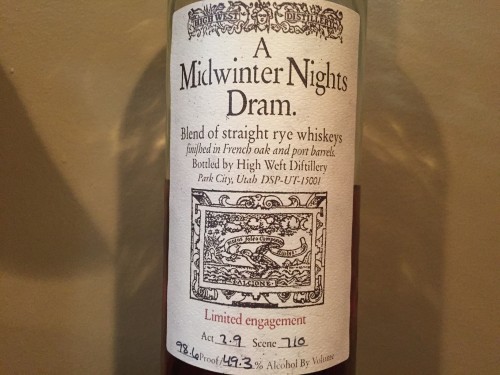