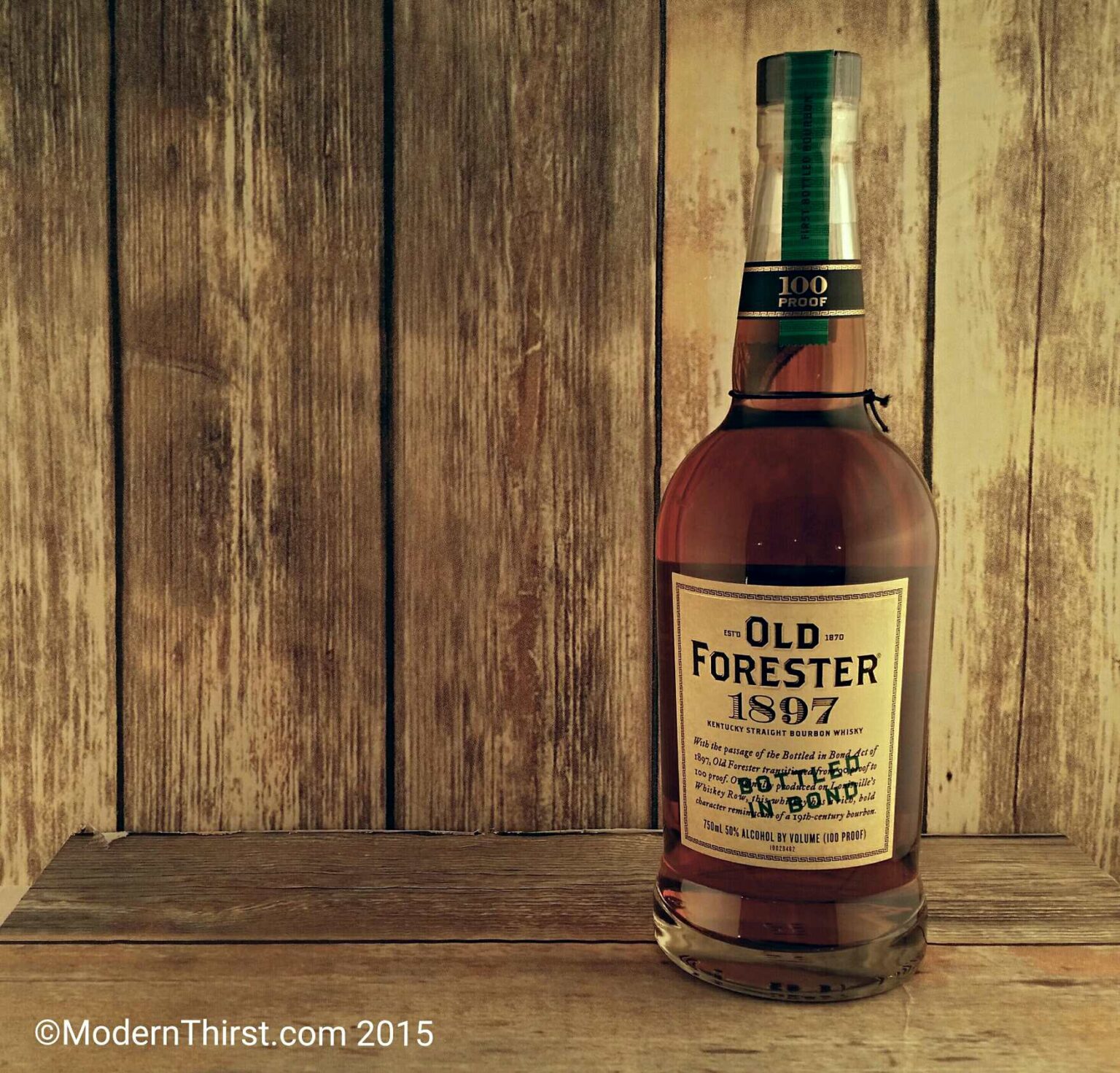 Bold and sweet with plenty of caramel and spices, this is a worthy second addition to Old Forester's Whiskey Row Series and available at a reasonable price. 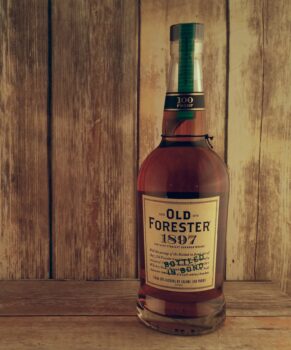 Old Forester 1897 is the second in Brown-Forman’s Whiskey Row series of Old Forester releases that commemorate momentous events in Brown Foreman’s (or in this case, whiskey in general’s) history.  The first release, 1870 Original Batch, was excellent, and marked the anniversary of the company’s founding in, you guessed it, 1870.  This batch marks the passing of the federal Bottled-in-Bond act of 1897.  These whiskeys are produced at Brown-Forman’s Louisville distillery, but in the future will be moved to the as-yet-unconstructed craft distillery on Main Street in Downtown Louisville.

This is a Bottled-in-Bond bourbon, and thus is bottled at 100 proof and is at least four years old, though no age is specifically stated on the bottle.  The 1870 release was reviewed very favorably on this site, and was selected by Woodford reserve Master Distiller Chris Morris and then rookie Master Distiller Marianne Barnes, who has since left to head up another operation.  Given the score of the previous release, there are some big shoes to fill here without Barnes on the blending team.  But Chris Morris is the senior Master Distiller of Brown-Foreman with plenty of experience, talent, and success.  Thus, I expect this to be different, now let’s see if it’s as good as the last Whiskey Row release.

*This is currently available only in select markets, but a wider release is expected in September.

This release mimics that same bottle shape as the 1870 release, which is very similar to the standard Old Forester Signature.  A green faux tax stamp marks the cork, and the front is marked by a cream embossed label.  very nice. 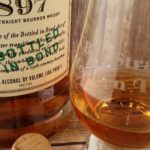 This is a very dark, brownish-amber bourbon when poured into a Glencairn.  It looks like a fairly well-aged spirit.

There are some fairly intense notes of graham crackers and very strong caramel on the nose, followed up with some slight dark fruits and licorice.

Big and bold flavors of vanilla and caramel greet the tongue.  The sweetness quickly gives way to sweet spices such as cinnamon and cloves, which dissipate into oak and barrel flavors on the back of the tongue.

This lingers for a fairly long time on the tongue, with spicy notes of cinnamon and sweet cloves. 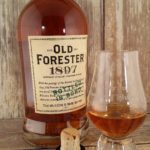 This is night-and-day different from the 1870 release, which was light, sweet, and hit the tongue with an explosion of sweet candied fruits.  This one is big, bold, and sweet.  It will likely be compared most often to the other 100 proof Old forester offering, Old Forester Signature, but that’s a mistake, even though we’re fans of Signature as well.  The flavors are different.  This is more akin to some of the recent Old Forester Birthday Bourbons, though with a touch more bite and less age, making it understandably a bit harsher as well.  But the flavors are more in line with that sweet spice cake profile that seems to mark the annual Birthday Bourbon release.

This is a solid offering from Old Forester.  It’s different enough from the standard lineup that it’s a welcome addition to a bourbon shelf, and it’s released at a price point that, in this day and age, is refreshingly reasonable.