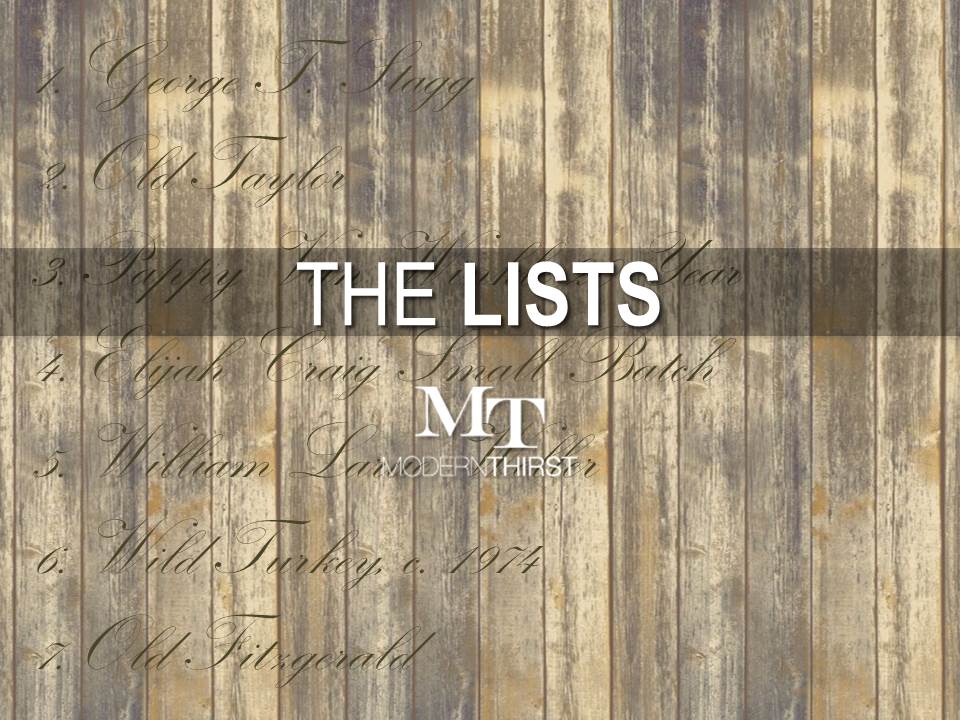 These are not intended to be exhaustive lists of all whiskeys made, now or otherwise.  They are my personal preferences for whiskey I own or have tried extensively.  Where they have been reviewed for ModernThirst.com, I have added links.

This category is pretty straightforward.  I’ve tasted a lot of bourbons over the years, and though I may not own bottles of all of them today, or haven’t had them recently enough to write a full review, these are the 10 bourbons that stand out in my mind as bottles I’d give my left foot to have again (or have more of):

Ahh….now we’re getting into some fun territory.  My personal favorites: the bourbons they suck from the barrel and pour straight into bottles with no water added.  These are somewhat available, at least at times:

It’s all fine and dandy to list all these bourbons few people will ever find or get the opportunity to purchase.  So what about the casual shopper and drinker?  This list contains bourbons that typically can be picked up in a well-stocked bourbon section of a big box liquor store.  So if I was out of town and away from my own bourbon collection, this is a list of what I might look for in a liquor store to get me through a week of vacation:

This is fairly self-explanatory, but this if for those who don’t want to sell a kidney to purchase a bottle of bourbon.

With the recent “Pappy” craze, I’d be remiss to not mention my favorite “wheaters.”  These bourbons, like Pappy, use wheat as the secondary mash grains in their mash bills.

Furthering the thought from above, the Pappy craze has also led to a huge shortage in good wheated bourbons.  These are bourbons that can at least occasionally be found on many bourbon shelves in major liquor stores:

To some, the idea of “bottled-in-bond” strikes a chord.  For me, I just like the idea of 100 proof.  Regardless, there’s a definite market for BiB bourbons, and here’s my list (It’s a short list…there aren’t a ton of BiB Bourbons these days, but I’ll add to it as I taste more):

This is a new category for this update.  There have been quite a few new ultra-aged bourbons reach the market of late, most offered by Diageo.  But Ultra-aged bourbons are a tricky subject, as most bourbon tends to peak no longer than 12-15 years in the barrel.  But there are a few with some nice notes to them, and I’ll list them here.

Feel free to add comments with your own lists or your thoughts on mine!