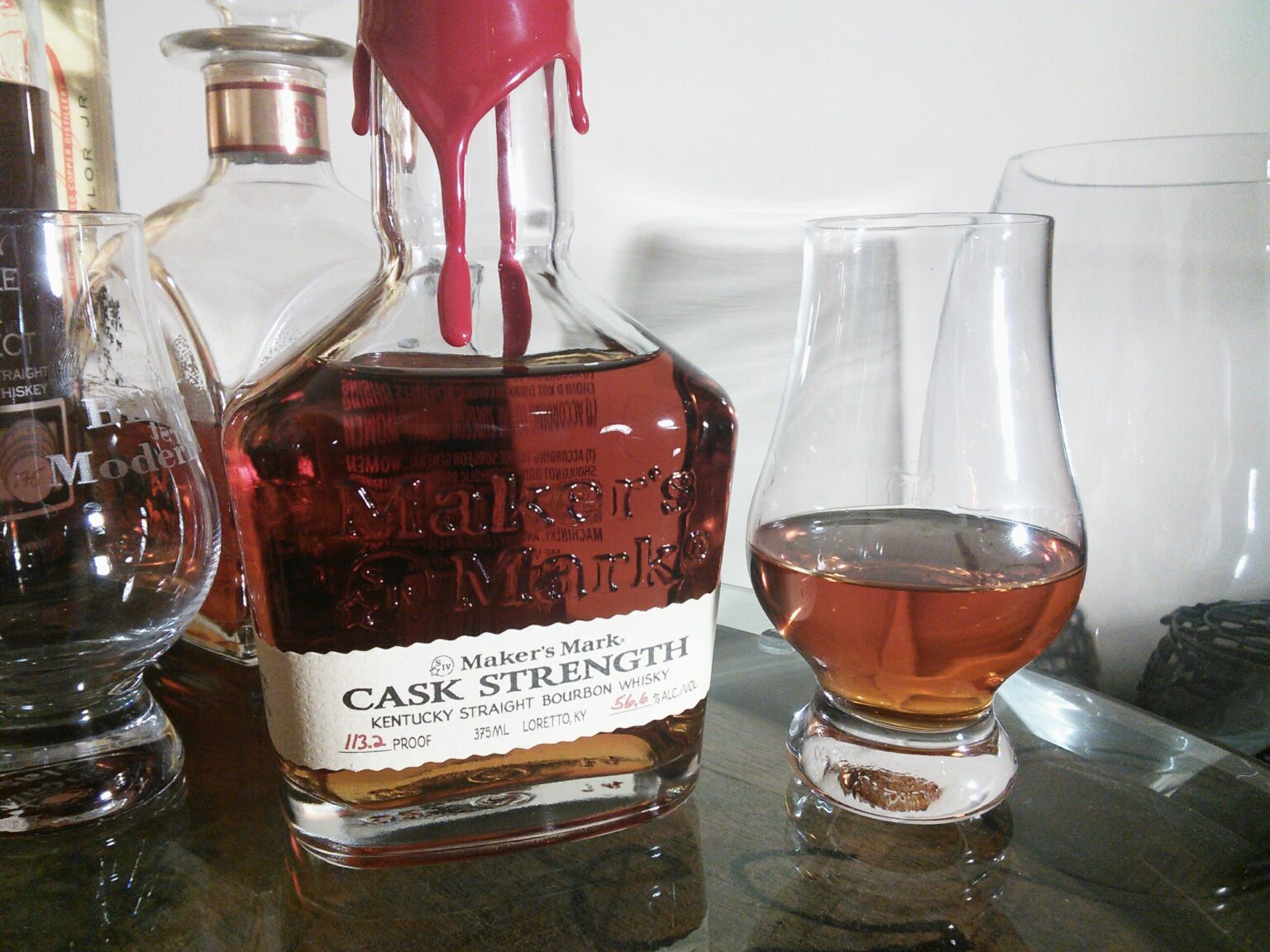 I love the heat from the 113.2 proof, and it adds a complexity of flavor that the standard Maker's is lacking. It's not so high in proof that it can't be sipped, however, keeping it extremely approachable, which has been a hallmark of Maker's Mark for decades.

Wait a minute what’s that you say? Wasn’t Maker’s Mark the producer who, just a short time ago, was causing  an uproar in the bourbon community by announcing plans to lower the proof of their whiskey from 90 to 84 in order to meet production demands?

Yes. Yes they were.

Thankfully, they came to their senses and not only trashed that horrid idea, they went a step further and gave us something new and exciting:  Maker’s Mark at Cask Strength.  Supposedly inspired by bartenders who wanted a stronger spirit to mix cocktails, the folks in Loretto responded by bottling their famous bourbon the way God intended: at Cask Strength.  That’s good news for everyone.  It’s relatively hard to find in many regions, however, as it’s mainly for sale in only a limited number of liquor stores and at the distillery itself.  The fact that it’s sold only in half sized bottles (375mL) is a little disappointing, but not outrageous.

This shares the same mash bill as the standard Maker’s Mark and the Maker’s 46 offerings- and that mash bill is a wheated mash bill, meaning the secondary grain is wheat rather than the more common rye grain.  Wheat, as a grain, adds a velvety thickness to bourbon along with a slight sweetness as opposed to rye’s spicier characteristics.

As mentioned above, this juice comes packaged only in 375 mL bottles.*  They are shaped much like the full sized Maker’s version and capped with that iconic red wax.  Say what you will about how common Maker’s is on liquor shelves, and how recognizable the wax is, it’s attractive.  Damn attractive.  And Maker’s was smart in the labeling, as the label itself is only a small cream band at the bottom with the Maker’s Mark logo embossed on the glass itself, leaving the juice inside easily viewable on the shelf and the wax a prominent feature of the packaging.

*750 ML bottles were released in April of 2015.  They are very similar to the smaller 375 ML bottles, only larger, obviously.  See photo mosaic below. 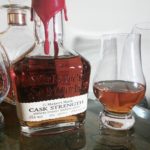 Golden-amber, medium depth for a cask-strength.

This screams concentrated Maker’s Mark.  What do I mean by that?  I mean that there aren’t new aromas in this versus standard Maker’s but that the aromas seem to pop more out of the glass.  There is light caramel, burnt brown sugar, and bananas immediately noticeable with a foreboding tinge of heat. 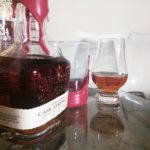 Honey and caramel with banana bread and orange citrus on the tip of the tongue, there never really develops much age on this, which makes sense as it isn’t a particularly aged bourbon.  The back of the tongue picks up vanilla and a slight young oak bitterness with some tannins.  It develops some ripe fruits near the end as well.

This is where the experience really outstrips the standard Maker’s.  This is a big, long, complex finish in which the banana and citrus flavors just linger on and on long after the swallow.  The bourbon seems to coat the inside of the mouth and envelope the senses.

Maker’s Mark is an interesting product.  On one hand, it’s perhaps the most recognizable and approachable “premium” bourbons on the planet.  On the other, bourbon enthusiasts often scoff at it.  I think that’s mainly due to its availability and the fact that it’s so often the first and only bourbons non-enthusiasts are familiar with.  Regardless, the standard 90 proof expression doesn’t do the bourbon justice.  This cask strength version is excellent.  It’s somewhat similar in style to the Old Weller Antique, but a little more complex and slightly less astringent on the tongue.  In fact, it’s one of the better wheated bourbons on the market, for my money, that isn’t part of the Buffalo Trace Antique Collection or the Pappy Van Winkle lineup.  I love the heat from the 113.2 proof, and it adds a complexity of flavor that the standard offering is lacking.  It’s not so high in proof that it can’t be sipped, however, keeping it extremely approachable, which has been a hallmark of Maker’s Mark for decades.