The 9th edition of Parker’s Heritage Collection hit the Heaven Hill gift shops in Louisville and Bardstown today.  This is an 8 year old whiskey, bottled at 108 proof, and is made from 65% Malt and 35% corn, making this a Malt Whiskey.

Last year’s 8th Edition was a wheat whiskey, which we named the ModernThirst Whiskey of the Year, so the bar has been set very high.

This runs $130 plus tax at the gift shops, so if malt whiskey isn’t you thing, this should be a try-before-buy whiskey.  It should be priced near $100-115 in liquor stores initially once it hits shelves.  That extra $30 dollars gets you a snazzy leather gift bag, though.  Totally worth it (/sarcasm).

We have a bottle, and will be releasing our review soon, but we’d love to hear feedback from anyone who has tried it, particularly Scotch Lovers. 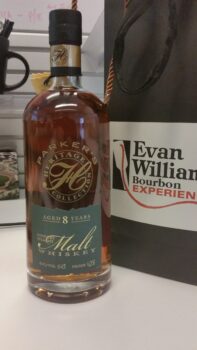 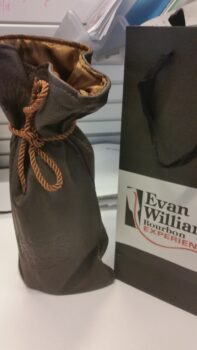