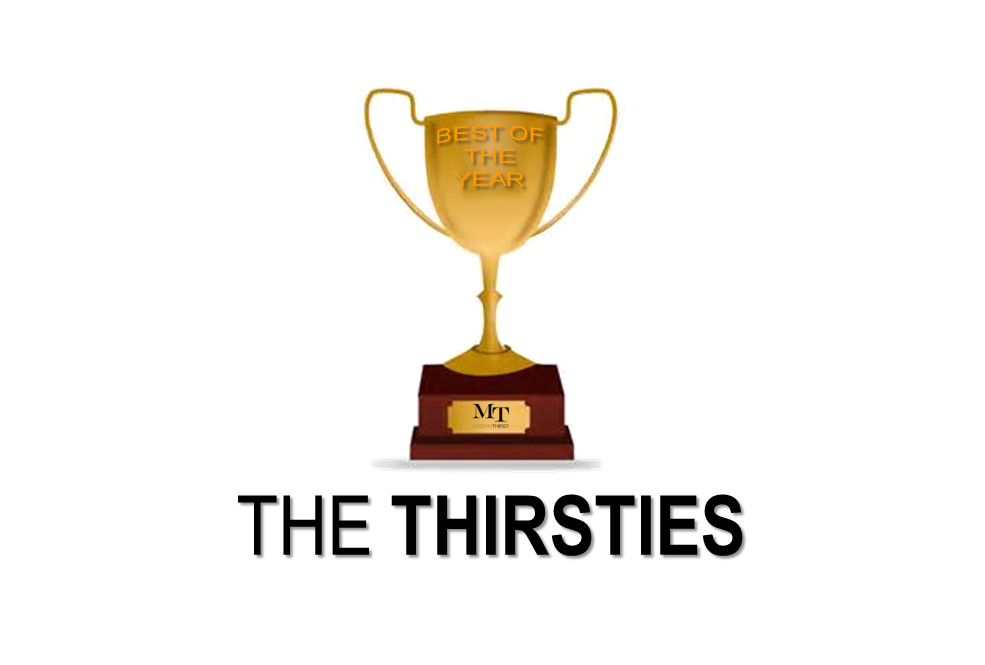 Modern Thirst launched in early January of 2014. That means that as we approach the end of the calendar year, we’re also approaching the end of our first year providing news and reviews on bourbon, whiskey, and craft beers. With that in mind, we feel it’s only fitting to announce our “Best of the Year” awards, hereafter referred to as “The Thirsties.”

We’re awarding a Thirstie in the following categories:

And the much coveted pimp-daddy category of them all:

The qualifications for the whiskeys are simple. First, the whiskey had to be formally reviewed on this site in 2014. That unforunately eliminates some of the harder-to-find bottles that we may not have been able to get our hands on, or only tasted in passing. But with over 70 reviews this year alone, the pool is plenty large. Second, the whiskey had to be released to the public in 2014. So that precludes the classic 2009 George T. Stagg or the 2013 Four Roses Limited Edition Small Batch bourbons I reviewed this year.  The winners were based on a combination of review score plus overall impressions the whiskey left on us. 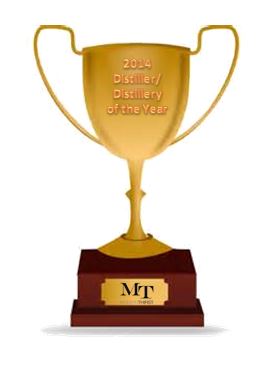 Not only was his Limited Edition Single Barrel the best scoring bourbon we reviewed that was released in 2014, but we tasted the Limited Edition Small Batch and found it to be excellent, as well.  Beyond that, and beyond the standard stable of fantastic bourbons, Four Roses’ Private Selection 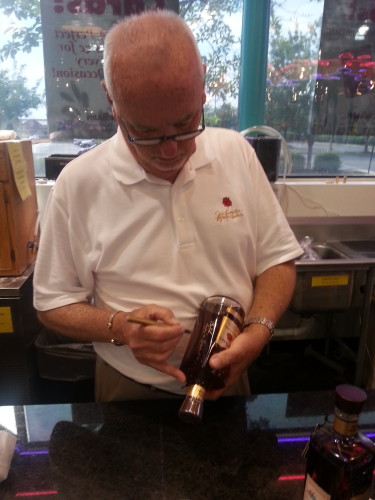 program really came of age in 2014. While other distillers wound down their programs (Four Roses isn’t far behind, from what we’re told), Four Roses released and continues to release some amazing barrels to retailers and private groups. At the same time the Limited Edition Single Barrel 11-year old bourbon with recipe OESF was released, many retailers released Private Selections of OESF Single barrel bourbons at cask strength and within a few months of age to the Limited Edition…for about half the cost. One of those particular bottlings scored 94 Points on Modern Thirst this year. That’s amazing. A 94 point bourbon for $53? I’ll take a truckload, please.

Four Roses is the biggest act in the bourbon world right now, and Jim Rutledge is that act’s front man. Cheers to Jim and Four Roses, our distiller/distillery of the year! 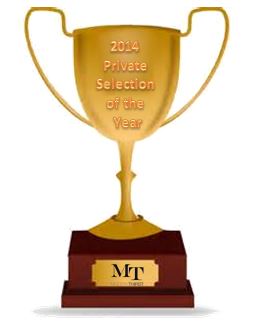 The Private Selection of the Year Thirstie goes to…

Is there maple syrup in that bottle? Is there actual vanilla extract and brown sugar? There could be. It’s that good. While we don’t know the true source of this bottle, since Willett’s distillate is not old 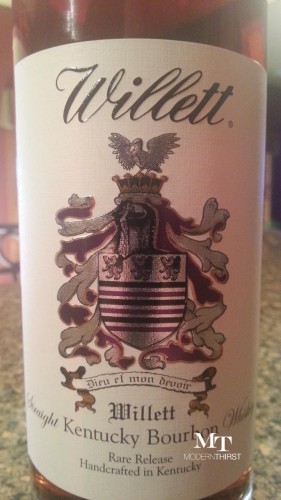 enough to be bottled yet, we know they sourced something beyond special here. And Westport  Whiskey & Wine found it and pounced on it.

There is sweet brown sugar with maple syrup and toffee galore on the taste here, and the nose is amongst the best of the year. The finish is long and satisfying, and despite the high proof, it absolutely begs to be sipped neat in a Glencairn Glass. 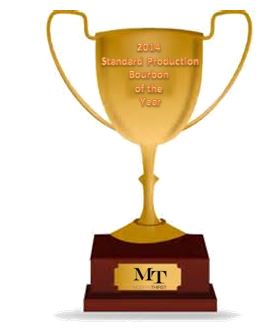 The Standard Production Whiskey of the Year Thirstie goes to…

This category is reserved for those bourbons or other whiskeys that are available to the masses.  They aren’t limited release, they aren’t private- 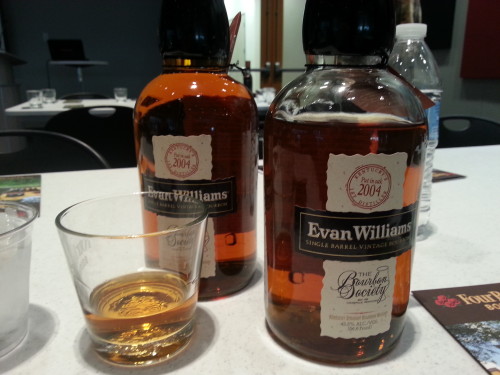 selection-only, and they aren’t so hard to find that you need to hire a Private Investigator to track them down in most areas.  And the Evan Williams Single Barrel 2004 Vintage fits this perfectly.

A Single Barrel expression of good ole’ black label Evan Williams, the 2004 edition (released in 2014) offers toffee and vanilla on the nose, with bold caramel and vanilla flavors with plenty of age on the back end.  The long, satisfying finish pushes this mighty close to Elijah Craig in terms of flavor profile, and does it at around $20 a bottle.  And you can find it in any decent liquor store with a serious bourbon selection. It’s hard to argue with that. 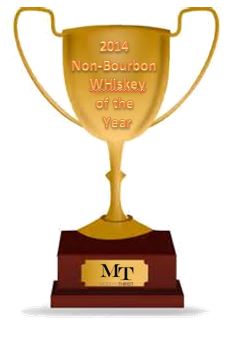 This was a somewhat unexpected flavor bomb. When Heaven Hill announced that this year’s Parker’s Heritage would be wheat whiskey from the Bernheim stocks rather than bourbon, I was a little skeptical. It just seemed forced. It felt a little like they were trying to push a mash bill a little too hard by injecting something that isn’t bourbon into 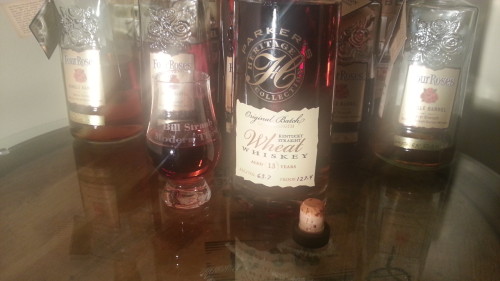 a collection that has traditionally been bourbon-only. On top of that, while I certainly like Bernheim Wheat Whiskey, it’s light, sweet, and I thought not really rich enough to warrant special treatment like this. Boy was I wrong.

The Parker’s Heritage Collection wowed us with a 13 year old barrel-proof release that was so rich, sweet, and flavorful that after tasting it for the first time, I immediately began searching for a second bottle. Concentrated brown sugar and caramel on the tip of the tongue with a rush of oak and age on the finish, this 51% wheat whiskey was the star of 2014, and earned a score of 95 points on Modern Thirst. The only Whiskey I reviewed higher this year was a 2013 Four Roses Limited Edition Small Batch. 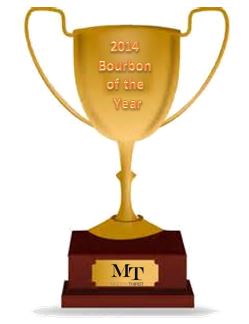 he Bourbon of the Year Thirstie goes to…

Jim Rutledge, Master Distiller of Four Roses, can seemingly do no wrong. In addition to his excellent standard array of Yellow Label, Small Batch, and Single Barrel bourbons, his Limited Edition offerings each year seem to be among the best bourbons every year. This year was no different. The Limited Edition Single Barrel Bourbon was pulled from 11 year old distillate of recipe OESF, the low rye recipe with the “F” yeast strain.

This year’s bottling packed a ton of caramel and vanilla into the initial taste, and followed up with ripe red fruits. It finished with smooth aged oak and floral essence speaking of potpourri.  It’s a huge bourbon, bold and powerful, with everything a Four Roses Single Barrel offering should have. It, like the Parker’s, earned a score of 95 points on Modern Thirst.

And finally, the Whiskey of the Year Thirstie goes to… 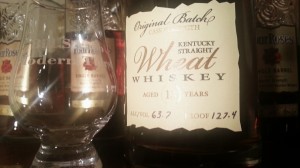 It was actually a close call between the Parker’s Heritage and the Four Roses Single Barrel Limited Edition. But the Parker’s was so different, so unique, and so unexpected in richness that it won out in the end. If I could stock up on cases of any single product I reviewed this year, Parker’s Heritage 8th Edition Wheat Whiskey would be it, and that makes it our Whiskey of the Year. 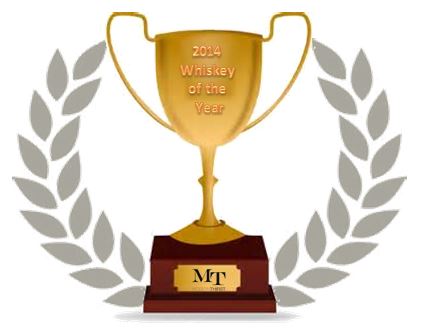 Now on to the after parties!  Cheers, and Happy Holidays from Modern Thirst!