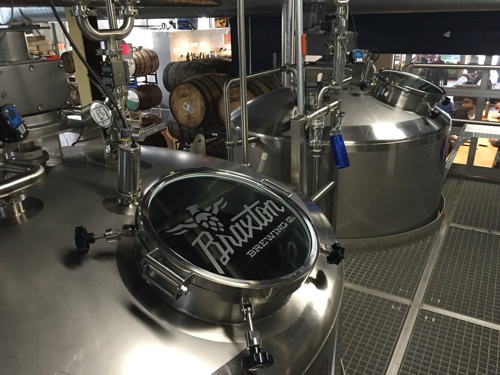 How does a home brewer turn their hobby into a business? Is craft beer really a craft? Is it realistic to dream of becoming a successful brewer?  I set out to answer these and many other beer related questions when I sat down with Braxton Brewing in Northern Kentucky this month.

Drinking craft beer, following the rise of the craft beer scene, and the multiplication of breweries has long been a passion of mine. While ModernThirst has traditionally been a destination for all things American Whiskey, we have been making a push to give our loyal readers more craft beer content.  We have done this by rolling out Matt’s Beer Ratings, attending and reporting on Craft Beer Festivals, as well as going in-depth on our Beercation to Asheville, NC on our most recent Podcast.

Visiting breweries and taphouses is always a focus of mine when I travel, and I happen to live a metro area, Greater Cincinnati, that is in the middle of a beer renaissance of its own. One of the newest breweries to the scene is located in Northern Kentucky: Braxton Brewing Company.  I attended their grand opening less than one year ago, and they are already selling their products at mega supermarket chain, Kroger. You can find their taps all around the area including at Great American Ballpark during Reds games, and they are racing to add more capacity to meet demand. 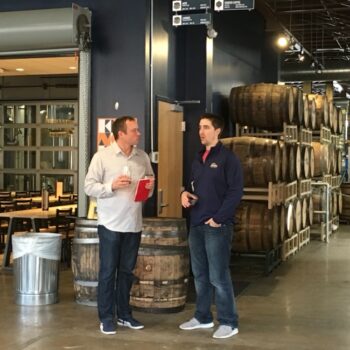 As I toured the brewery and sat down for an interview with Braxton’s own Jonathan Gandolf, I was able experience some of the brewing magic.  This interview will be featured on the next ModernThirst podcast. And trust me, you are going to want to hear the story that begins with a 16 year old visiting a brewery with his family and secretly ordering a homebrew kit.  Even if you are not from the area, it is a captivating story that I’m sure can be, and has been, mimicked across the country. This interview is a nice peek behind the curtain of what is driving the new beer industry and shows how success is being earned through passion and dedication.

This interview was very fun, and Jonathon was an incredible host.  I know you will enjoy the interview. Subscribe on iTunes!