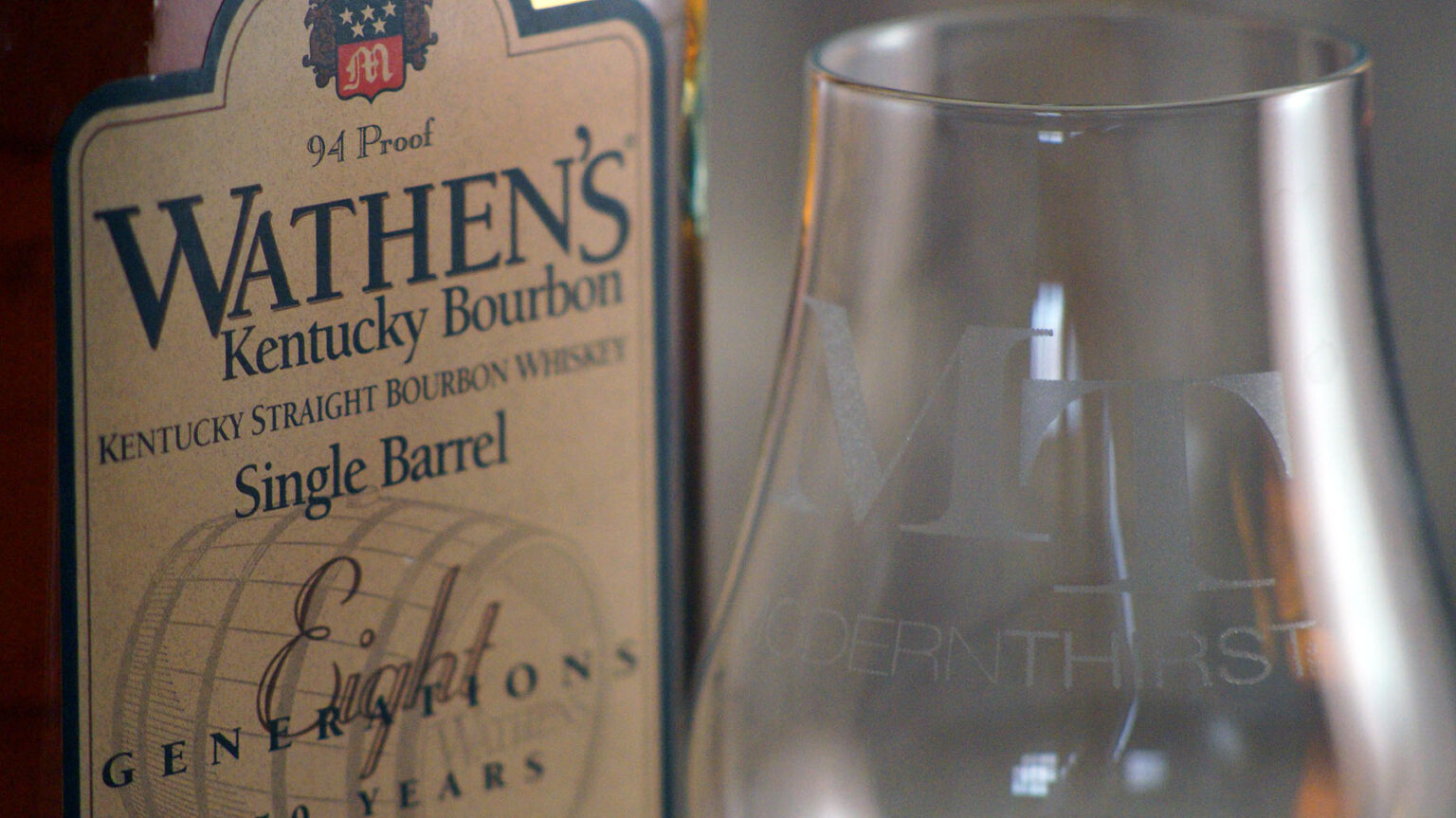 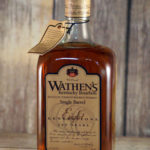 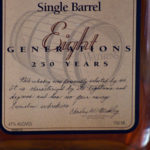 Charles Medley is no stranger to the world of Bourbon.  A distiller himself until the 1990s, Charles is the 7th generation of Wathens and Medleys to be in the bourbon biz.  Today, the Medley company- consisting of Charles and his son, Sam (the 8th generation)-  are non-distilling producers who bottle various whiskeys under the names Medley, Wathen’s, or some derivation thereof.

All their whiskey is distilled for them on contract to a mash bill of 77% corn, 10% rye, and 13% malted barley.  With a barley content higher than the rye, I generally will expect a slightly grain-forward profile on the palate.  This is certainly placed in a lower rye tranche of bourbons.

The single barrel variation is not age-stated, and I have read anywhere from 4 to 6 or even 7 years online, and while it’s true that as single barrels, they could certainly vary in age quite a bit, my guess is that with the bourbon boom and the troubles many NDPs are having finding contract distillers, this is closer to 4 years than 6.  Indeed, it is straight bourbon, so it’s at least a minimum of 2 years old. 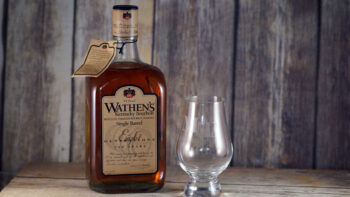 This is packaged in a short, square bottle with a real cork and a tan label.  It proudly displays their “8 Generations” talking point.  The neck label has the barrel number and bottling date in hand-written text.  Kudos to Medley for the inclusion of the barrel #. 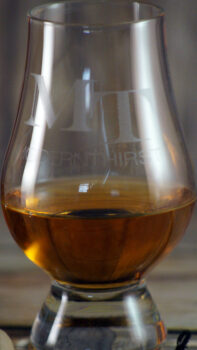 Deep russet and fairly dark in color, this is a rich looking bourbon.

Strong notes of vanilla and oak dominate the nose with an earthy quality underlying it.  there are hints of bubblegum and circus peanuts that I often find in recent Heaven Hill products that may give a clue as to the provenance of the distillate.

This is where is gets a little disappointing.  It starts off well enough with cinnamon and vanilla hitting the front of the palate, but that quickly gives way to a very astringent alcohol flavor that speaks of a barrel picked far too soon to be bottled.  It’s that “not quite aged, but not quite white dog” sensation that seems to numb the tongue with licorice and ethanol.

The ethanol notes continues, unfortunately, but some oak and tannins re-enter near the tail end of this medium-to-long finish.

I know quite a few people who enjoy Wathen’s, usually when paired with a cigar.  And maybe that’s the appropriate format here, as the tobacco would compliment the earthy notes on the nose and perhaps deaden the alcohol a bit.  Not one to admit defeat, I splashed this with water and was pleasantly surprised at the outcome.  The alcohol was deadened nearly completely with only a small splash, and the oak notes were amplified.  In addition, the nose was changed entirely.  Gone were the sweet circus peanuts and caramel, and in its place was a spicy citrus orange and lemon zest- almost nose hair prickling.

I am usually not one to have to work for my bourbon.  If it doesn’t drink well straight out of the bottle, I don’t have a ton of patience to find the nuances it needs to make it into my regular rotation.  However, Wathen’s went from a very difficult bourbon to drink at all to a decent, if disconnected, sip.

So if you prefer your bourbon in a cocktail, or like it over a nice ice cube, I have no doubt Wathen’s will scratch your itch.  If sipping neat is your thing, keep looking.  I do recognize that as a single barrel, this could be an odd bottle.  But after tasting it, I think my original thoughts of 4 years old may be off.  Based on taste, this is closer to 3 years old.

Whereas Wathen's Single barrel Bourbon shines on the nose, the palate is clearly under aged and overly alcohol-forward on the tongue. It's best sipped over ice or in a cocktail. IN fact, with ice or water, it's not bad at all. But neat, this one needed another year or two before hitting the shelves.