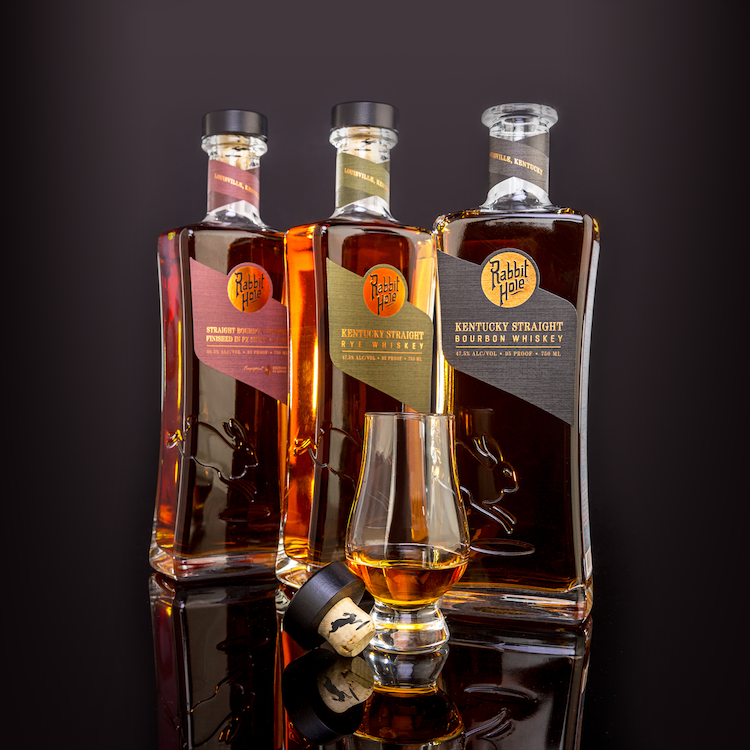 ModernThirst received samples of Rabbit Hole’s Bourbon and Rye whiskeys for review with no strings attached.  The tasting notes, thoughts, and opinions in this post are our own. 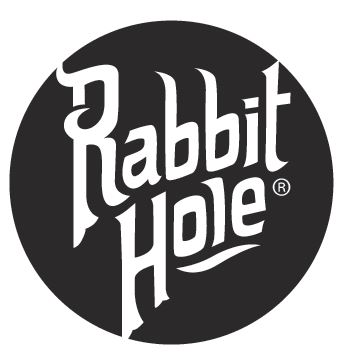 If you haven’t heard of Rabbit Hole Distilling, don’t worry.  You will soon.  They’re fairly new to the bourbon scene, beginning production in 2014.  They began construction on their Louisville, KY distillery at 711 East Jefferson Street in October of 2016.

There have been a lot of new startups in recent years, and there are a lot of new distilleries going up for companies who have long had skin in the bourbon game, like Diageo (Bulleit) and Luxco (Lux Row Distillers).  So there is always room for worry when someone new jumps into the fray with both feet.  Rabbit Hole has apparently realized that, so they’ve taken steps to assure that their new distillery, which features a 24 inch Vendome copper still capable of producing 20,000 barrels per year, succeeds.  To that end, CEO Kaveh Zamanian enlisted the help of Head Distiller Cameron Talley, formerly of Wild Turkey and Brown-Forman, to lead production.  They also recruited the advice and collaboration of Larry Ebersold, former Master Distiller at Seagram’s (now MGP), Dave Scheurich, formerly of Brown-Forman, and Randy Allender, formerly of Jim Beam.  New company? Sure.  Rookies?  Nope.

Matt and I tasted the two whiskeys side-by side and provided the following notes:

Matt got sweet notes, along with an alcohol backbone and hints of maraschino cherries. I got Swedish/Gummy Fish, ripe red fruits, circus peanuts, bubblegum, and plenty of grain.

Matt felt there was a strong note of fruitcake with the sweet cherries carrying through from the nose, with more of the strong alcohol character. I agreed, though I thought it was sweet above all else, with grain and honey following up on the mid palate.  There was plenty of corn as well.  On the rear palate, I got a touch of gingerbread, cinnamon, and nutty flavors.  And, like Matt, though the youth shone through with a strong ethanol note.

Matt got lots of the baking spices similar to what I had on the palate.  I found it to be long and sweet with a lot of grain that reminded me of wheat bread and cinnamon.

As a four grain mash bill, this certainly interested us the most.  It didn’t really disappoint.  The one caveat is that I would say this isn’t really finished.  It drinks perfectly fine at 2 years old, though I’d like to see it ultimately be aged an additional 2-3 years once the distillery is fully operational and can support that.  It would tone down a little of the ethanol character and allow the grain to be a more subtle influence on the sweet flavors rather than competing with them.  I’ve tasted a lot of younger bourbons in the past few years, and I do say that this mash bill shows as much promise as any of them.  In fact, the sweetness they’ve managed in such a young product is actually pretty exciting when considering the possibilities of future ways to express it- longer aging, cask strength limited releases, etc.

Looking at the mash bill, and remembering the collaboration with Larry Ebersold, Matt and I instantly assumed this rye would remind us of an MGP rye, which isn’t a bad thing in the least.  That 95/5 mash bill is one of the most successful that MGP has produced, and is found in countless really desirable rye whiskeys sourced from the former Seagram’s plant.

Similar to the bourbon.  Very nice.

Where the bourbon trended brown, the rye trends a bright amber.

Matt instantly thought of some Canadian ryes on the nose, like Whistlepig.  He got heavy doses of spearmint as well.  Like Matt, this reminded me of MGP and Canadian ryes, with lots and lots of citrus and candied orange front and center.

The citrus was the overwhelming characteristic Matt noticed.  I got plenty of black pepper spice on the tip of the tongue.  There was an ethanol characteristic that coated the mouth throughout, but the spice and sticky sweet citrus we were expecting hit my mid and rear palate with gusto.

Matt and I both noticed some slight oak notes. But my overall impression was a medium length finish where the citrus flavors just seemed to explode with hefty notes of alcohol.

This really wasn’t far off from what we expected.  The great citrus and spice flavors were there.  However, like the bourbon, this is slightly under aged at 2 years. At 4 years, it would be a flavor bomb with enough oak to mellow out the ethanol.  Again, since Rabbit Hole is a new distillery, this isn’t unexpected.  They do need some product to sell to help fund the operations while the distillery in under construction.  The hope is that they will be able to, in the future, start producing more and more product and aging it slightly longer after the facility is up and running.  I don’t expect a 10 year old version or anything, nor should you.  But just a couple more years in the barrel would make this an excellent rye.

And if they can mange to squirrel away a few barrels for 6-7 years, and release them at barrel proof, this could rival the more sought after Old Scout single barrel ryes.

I’m really impressed with the product Rabbit Hole has managed to produce at only 2+ years of age.  I think the mash bills of both products are winners, easily.  The real question, then, as to Rabbit Hole’s future success isn’t the juice, it’s whether or not they continue to make the right decisions on blending, age, proof, etc.  Obviously, consumers will prefer a 7-10 year old product, but that’s not reality in today’s climate.  Still, once the distillery is complete, I would think it reasonable- expected even- that the age in these bottles will begin to creep upwards each year.  That would be good for all of us, because the promise in the mash bills is there.