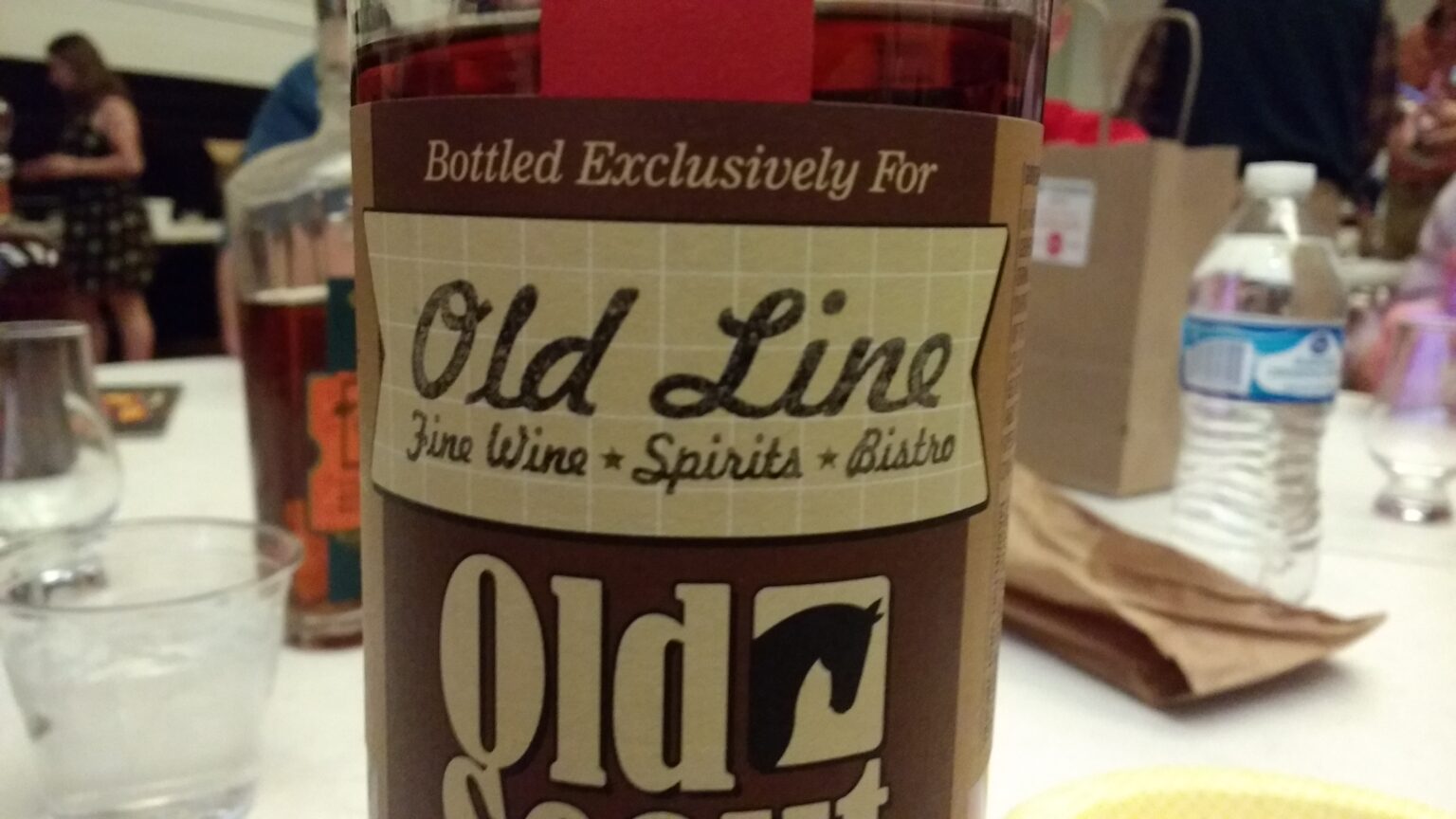 We’ve reviewed our fair share of Smooth Ambler offerings on the site over the years. It’s not a secret that I like what they do with their Old Scout lineup. They’re MGP sourced bourbons and ryes that are well aged and released at varying and interesting proofs. For more on the previous reviews and Smooth Ambler in general, check out our other posts here.

From friend of the site, Chip Duncan:
On a visit to family and friends in Maryland I decided to do a little Bourbon hunting.  I ventured into Old Line Fine Wine, Spirits & Bistro located in Beltsville Maryland, not far from the University of Maryland College Park.  I entered the store and noticed that it was a fairly large, and very well laid out establishment.  I was greeted by a very nice gentleman named Larry Pendleton, Managing Partner.  We began to talk about…what else?…Bourbon.  He told me that he had a SAOS Bourbon, store barrel pick, that was quite tasty.  He was kind enough to offer me a sample…which I gladly accepted.  It was in fact quite tasty, and I immediately knew that I had to pick up a bottle to bring home for my good buddy, Bill Straub, from Modern Thirst, to try out.  Since then, I’ve been in email contact with Larry and he has been very kind in asking me to stop by and say hi the next time I am back in town.

When discussing a private barrel pick, there are a few things to consider. Not all bottles of a particular bourbon will taste the same, as each barrel is essentially a unique expression of  that whiskey. So there must be two things happening to produce a good private barrel pick. First, the distiller or producer must have really good barrels of whiskey on hand. That means either they age, select, or buy good distillate with good age (or age it themselves). Second, the retailer or group picking the barrel must have a good sense of taste. This is often out of the retailer’s control, as they can only taste what the producer offers them. So there is a bit of luck on that end as well. 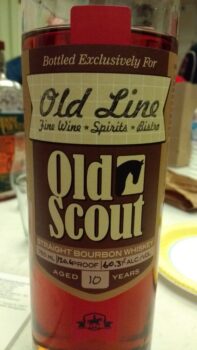 Butter toffee and brown sugar are the main components here with a slight note of alcohol and hints of light fruits like apricot and peaches.

The first big flavor to hit the palate is oak, which speaks to the 10 years of age. But it is quickly followed by caramel and burnt brown sugar. Adding a small splash water to this high-proof bourbon really helps. It brings out definite notes of cocoa and powdered chocolate on the palate and intensifies the pepper and allspice notes on the finish.

This lingers a bit, creating a long finish with plenty of oak and tannins, but the rye makes an appearance in the form of black pepper spice on the tail end.

If my recent review of Boone County’s Eighteen 33 is an example of how to slightly mishandle this distillate to prevent it from reaching its full potential, this barrel pick is the opposite. This barrel is the right age, released at the barrel proof, and finishes very nicely. Ultimately, this is a fine example of Old Scout bourbon at its best. I’m guessing there aren’t any bottles of this left on the shelf at Old Line, but if there are, I’d be a buyer.

This barrel is the right age, released at the barrel proof, and finishes very nicely. Ultimately, this is a fine example of Old Scout bourbon at its best. I'm guessing there aren't any bottles of this left on the shelf at Old Line, but if there are, I'd be a buyer.