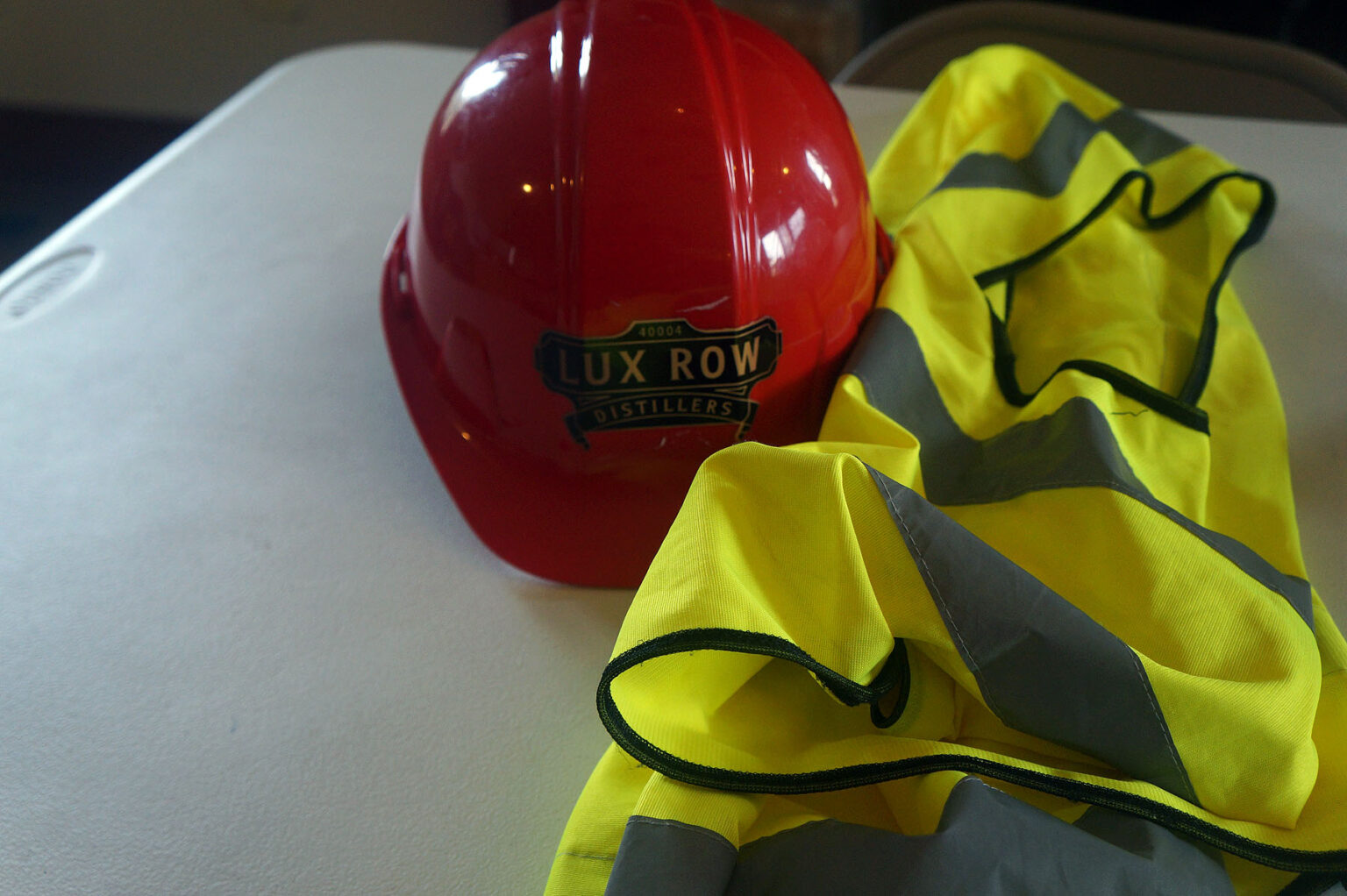 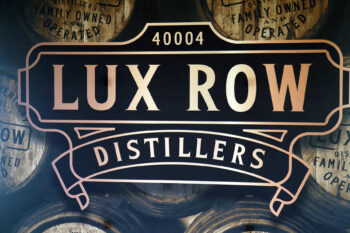 Construction continues on Lux Row Distillers in Bardstown, KY and ModernThirst recently attended a hard hat tour of the in-progress facility. Luxco expects its first whiskey distillery to be in operation by late this year or early 2018, and hopes to offer tours in later 2018. The 36″ Vendomme copper still standing 42 feet high is installed and will be churning out up to 20,000 barrels per year. That’s up to 7 million proof gallons per year. The first warehouse has been erected, and at least four more are planned on site. There is space reserved inside for a second column still, if necessary, and the structure was designed to be expanded should demand for the product outstrip production capacity. (See photos of the installation of the column still here.)

The distillery will initially support existing labels owned by Luxco including Rebel Yell, David Nicholson,  and Ezra Brooks, but new labels and expressions could be produced as well.  Luxco currently sources three different mash bills of American Whiskey, including two bourbons- one with rye as the secondary grain and one with wheat.  They also sell various expressions of rye whiskey.  All three will be continued in the new facility.

When ground was broken for the distillery in September of last year, CEO/Chairman of Luxco, Don Lux said “This has really been transformational for Luxco. Because we’re going from just another bottler or processor who owns some valuable brands to someone who is actually distilling.  It’s very important to today’s consumer.  We think it’s part of the authentic story.  While it’s more money than we’ve ever spent on any capital project, it feels really cool and really authentic, and we’re super excited.”