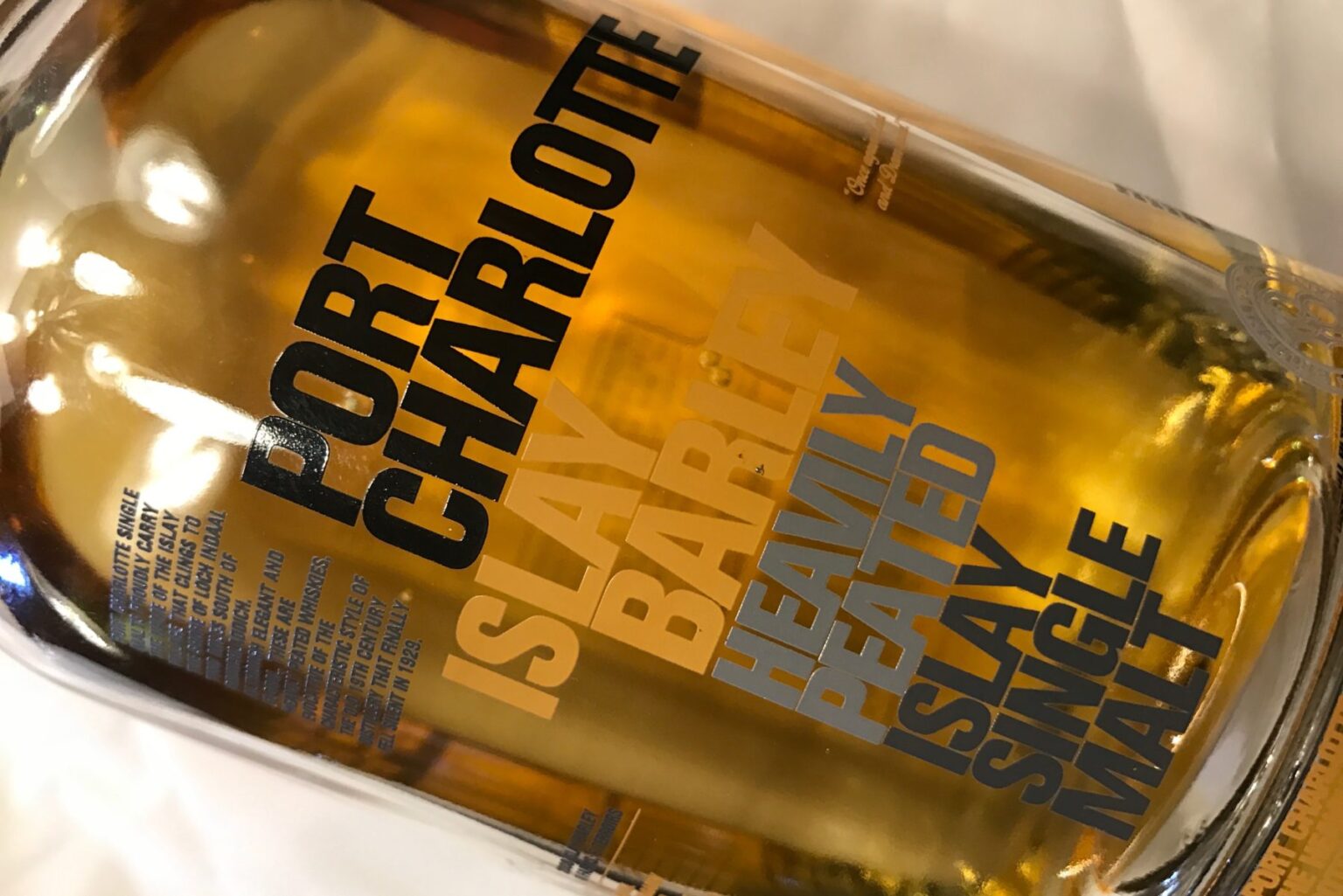 Four standard release bottles from the Bruichladdich distillery sit on my shelves – if I had to choose just one to keep, this would be the choice.  A nice younger Islay whisky – a definite bottle to give a try. 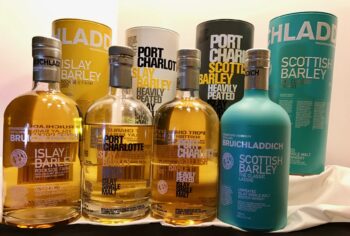 First up in our reviews, is the Port Charlotte Islay Barley Heavily Peated whisky offering.  From their website:

Two miles south of Bruichladdich, hugging the shore of Loch Indaal, lies the village of Port Charlotte and ruins of Lochindaal Distillery, that ran spirit for 100 years between 1829 and 1929.

Following his visit here in 1885 Alfred Barnard wrote: ‘Peat only is used in drying the malt, fire in open chauffeurs,’ a testament supported in a few surviving faded photographs showing the huge peat stacks waiting to be fed to the kiln fires.

Our heavily peated Port Charlotte single malts are a tribute to the men who once worked this great, now silent, distillery and the skills and legacy they passed on.

Trickle distilled in our cathedral-like still house at Bruichladdich, the spirit is then matured in the original stone warehouses in Port Charlotte.  Living proof that peat can mean elegance.

The wind-driven rain that lashes Islay’s fields and the Atlantic air breathed by the casks as they mature by the shores of Loch Indaal, gives the whisky its signature salty, citrus tang. 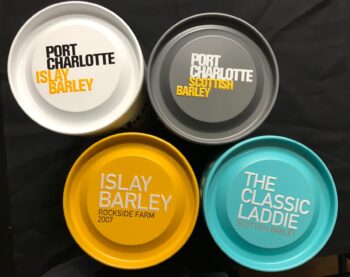 before describing the whisky color, I must comment on the tins the product comes in – personally, I think that Bruichladdich has one of the most eye-catching products on the shelf with their colorful sturdy tins; now to the whisky – straw, light gold in color

cereal maltiness, sweeter on the taste than nose – some burnt toffee, a lemony tart citrusy note with wood char peeking through at the end, some caramel notes with water added (WJ); vanilla, citrus, peat, a bit more complex in the smoke, medicinal (JR)

PORT CHARLOTTE ISLAY BARLEY HEAVILY PEATED:  Thoughts from Wes – A pleasant younger Islay whisky.  A very nice introduction to peated scotch.  Does not blow me away, but a very solid dram.  Would like to taste this same product at a bit older age.  Jeremy – I like this more than the unpeated version of the Islay Barley (that review to come later).

Thanks for reading another scotch review here on ModernThirst.com.  Check back soon for a review of the Port Charlotte Scottish Barley Heavily Peated whiskey. Until then the whisky quote of the day as we close this latest installment is from William Faulkner “My own experience has been that the tools I need for my trade are paper, tobacco, food, and a little whisky.”