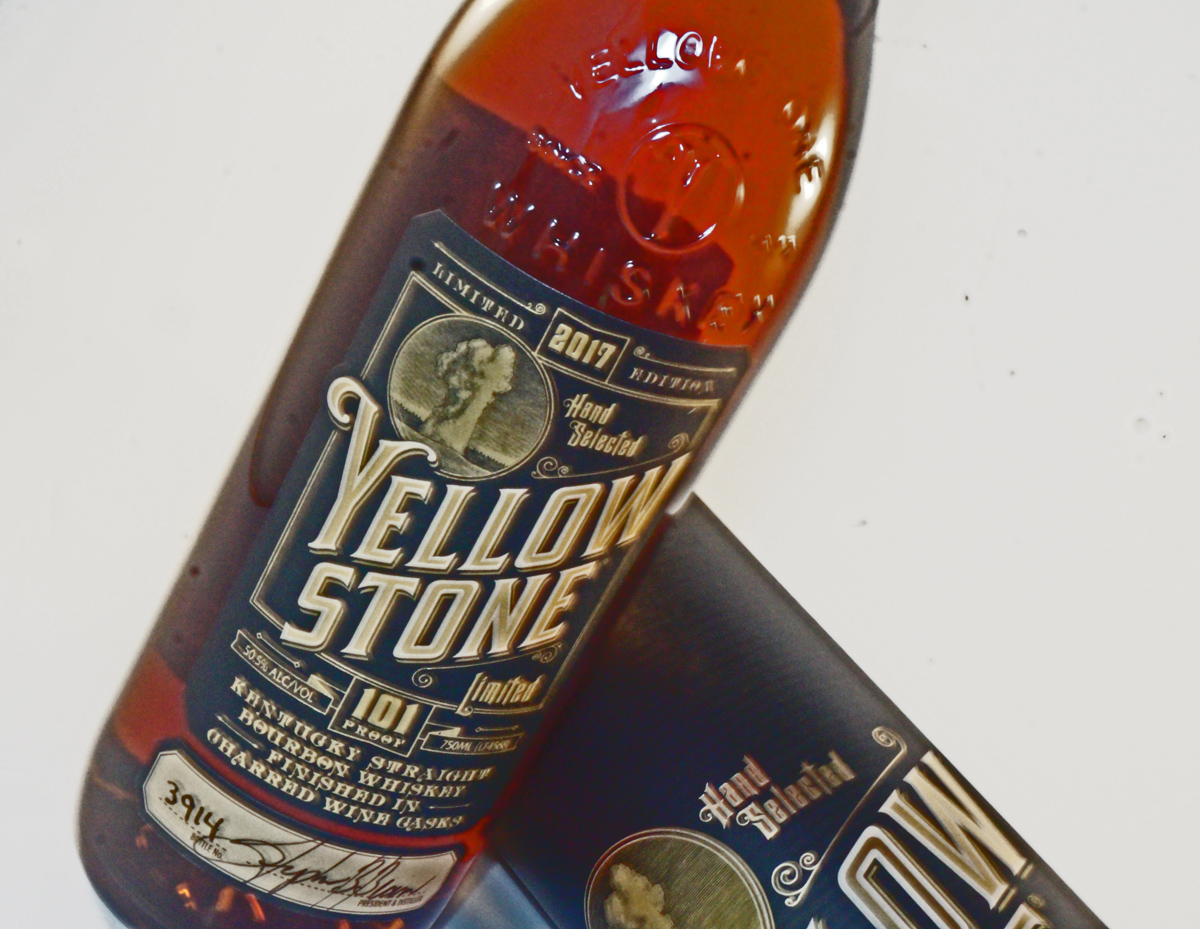 Yellowstone is the signature brand of Limestone Branch Distillery. The 2017 Limited Edition follows in the footsteps of previous releases as a blend of several straight bourbons finished in a second-use wine cask. For this release, the blend contains 12 year old sourced bourbon, 7 year old sourced bourbon, and -for the first time- 4 year old straight bourbon distilled at Limestone Branch.  It is finished in charred first-use wine casks that are toasted and then charred prior to use.

I would be remiss if I didn’t mention the packaging here. As they did with the Minor Case Rye, Limestone Branch has created a fantastic bottle and tube that begs you to take a sip. The whiskey inside is a rich reddish-brown.

Lots of butterscotch at the outset, followed by a healthy dose of peanuts, oak, and dark red fruits mingled with coffee. 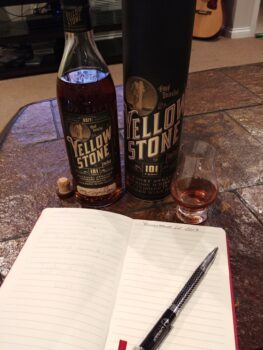 This whiskey hits the tongue with a solid burst of cinnamon, and is followed with rich vanilla, strong oak and barrel char, and plenty of nuttiness carried through from the nose.

Cinnamon lingers on this medium-long finish, but it is joined by strong barrel tannins and red fruits.  I detect some plum and raisin on the tail end with plenty of black pepper rye spice throughout.

What a viscous whiskey this is! It coats the entire mouth with creaminess that I must assume comes from the toasted and charred wine barrel finish. If that’s the cause, they should use it more often, because the texture of this bourbon is second to none. It’s a very different flavor profile for Yellowstone, with a much richer and earthier character than past releases. The red fruit on the finish is a nice touch to calm the char and oak, and makes this a really nice sip. I’ll be picking up a second bottle of this.

See all our whiskey reviews here.