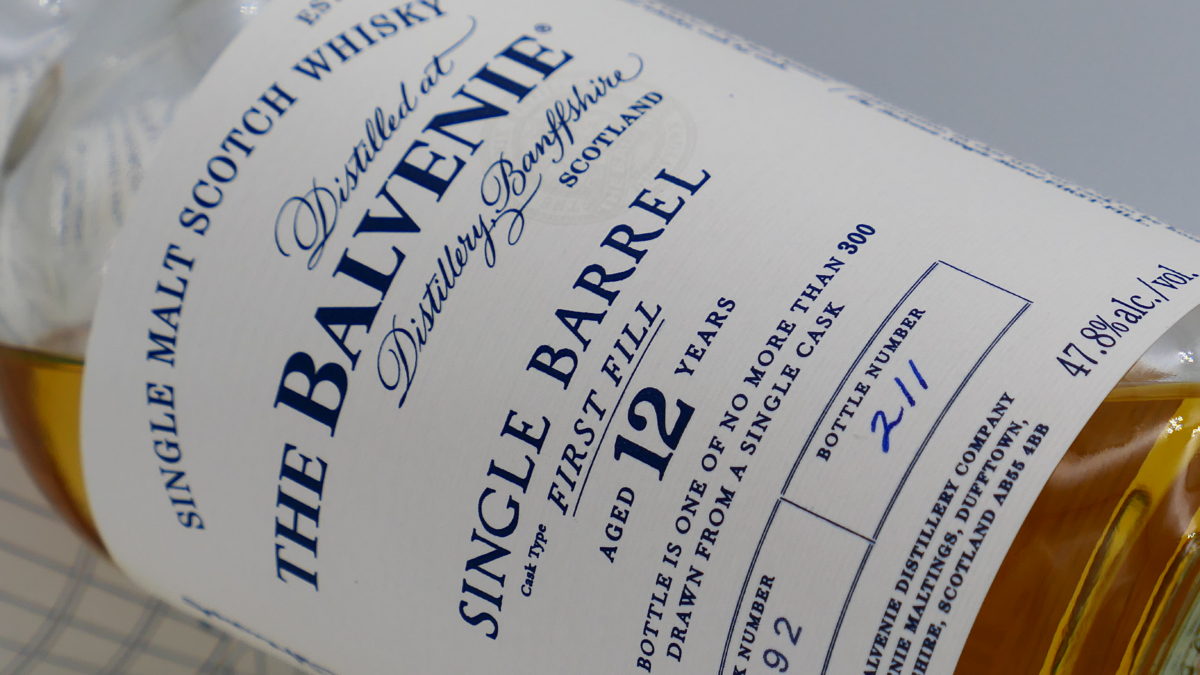 On a rainy day – a sunny day – at the county fair with friends – or alone listening to Van Morrison or Jelly Roll (Morton), this dram will fit the bill.

So, with Van Morrison’s And It Stoned Me from the Moondance LP playing in the background – probably the one artist that I have not seen in concert that is on the really want to see bucket list – let’s jump into the review.  “And it stoned me to my soul . . . stoned me just like Jelly Roll.”

The Balvenie Single Barrel First Fill is a 12 year old single malt whisky, aged in a first fill, ex-bourbon cask. Almost all Scotch whisky is matured in casks previously used by Bourbon distillers. When brought to Scotland and used for the very first time they are known as ‘First Fill’.

Our Malt Master samples the aged whisky, cask by cask and selects only those characterised by sweetness and subtle vanilla oak to be bottled as The Balvenie Single Barrel First Fill.

A series of “limited editions” – Each bottle is one of no more than 300 drawn from a single cask and each is hand-numbered and carries the number of the cask in which it matured.

THE BALVENIE 12 YEAR OLD SINGLE BARREL:  A very pleasant dram – I wrote, nice and consistent from multiple tastings (WJ);  great – best of the group in a six whiskey Balvenie side-by-side whiskey group tasting – which would later be surpassed (JR).  As always with a single barrel offering your bottle and results could easily vary.

Interestingly enough when our whiskey club tasted the six different Balvenie whiskies this particular bottle came out on top with an 89 overall average from six scorers [range of 86.5 to 90.5].  Jeremy and I have tasted it multiple times and typically range within a half-point up or down from that rating.  Next up in our reviews is The Balvenie 14-Year Old Caribbean Cask. Until next time a little more from Van Morrison’s And it Stoned Me:  Half a mile from the county fair, and the rain came pouring down . . . And it stoned me to my soul. On the way back home we sang a song but our throats were getting dry.  Then we saw the man from across the road with the sunshine in his eye . . .  I could definitely see enjoying this Balvenie on a rainy day (or sunny day) listening to Van.  It does wonders for the dry throat.  Cheers. 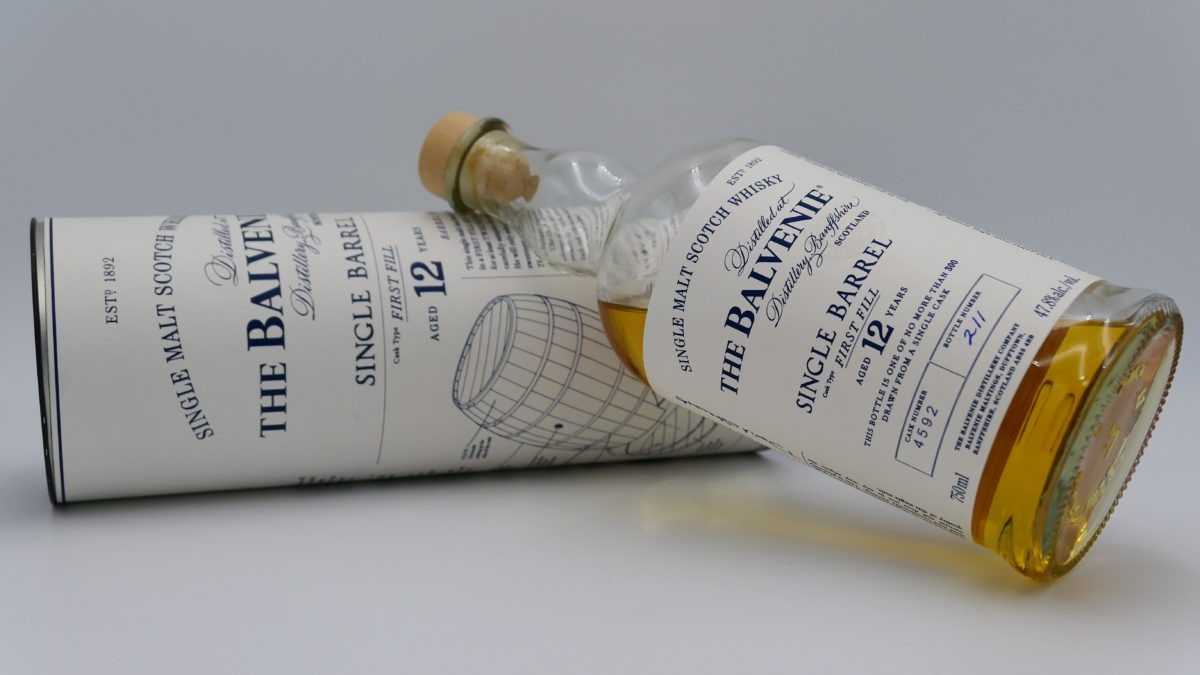