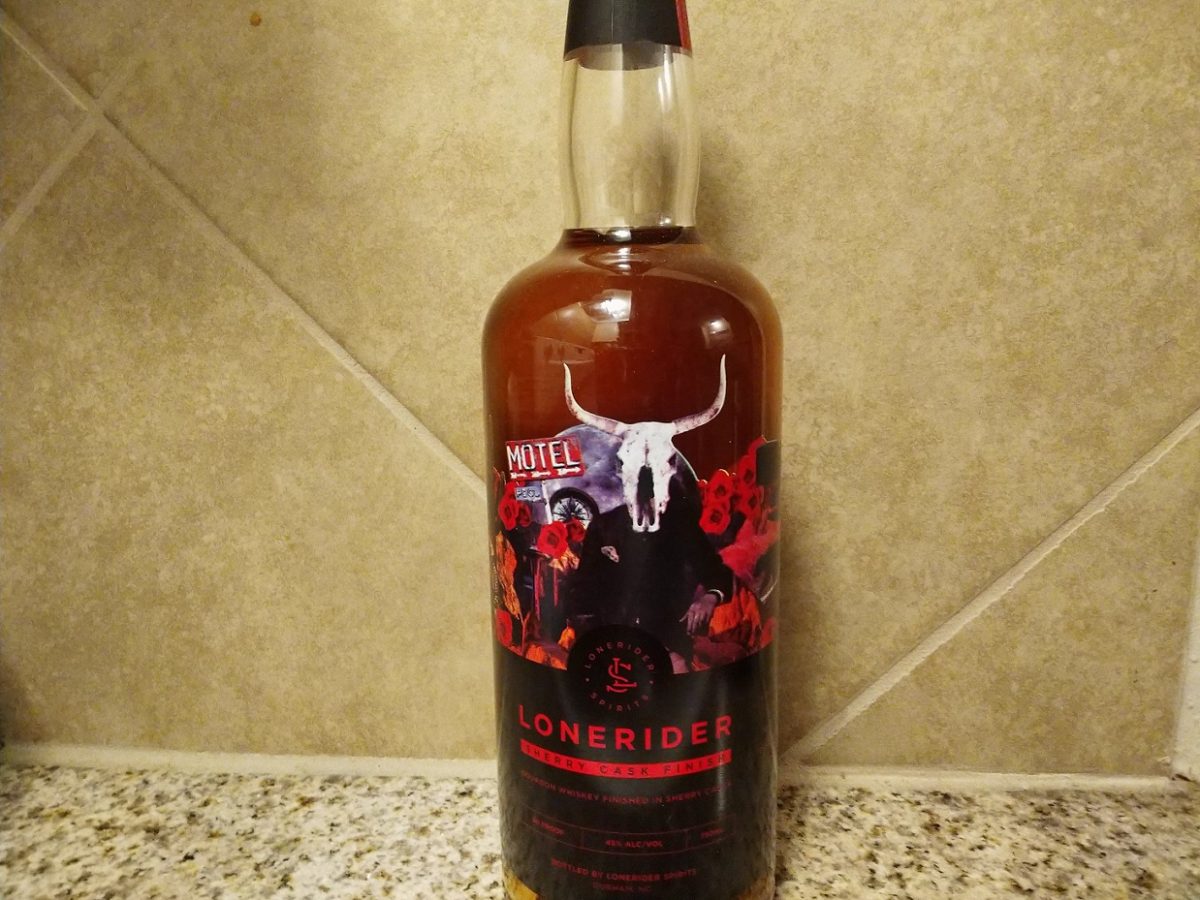 Lonerider is yet another new entrant in the flourishing bourbon marketplace and today we’ll look more into the product (and the company behind it).  Lonerider Spirits is the sister company of Lonerider Brewing in Raleigh, North Carolina.  The brewery was originally established roughly a decade ago, and has produced award-winning brews since, with plans for several single malt whiskies utilizing those same aforementioned beer grain bills in their upcoming “brewstillery.”  This particular whiskey however is distilled in Indiana (most likely in the MGP-owned old Seagram’s distillery) and presumably aged and bottled in North Carolina.  The mash bill is 60% corn, 36% rye, 4% barley and the whiskey is 90 proof. 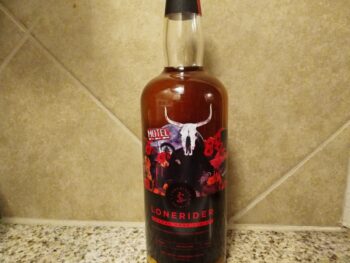 Although the idea is great in theory, the execution here is the main issue. The sherry cask, which should be a compliment to the base spirit, instead overpowers it. Or perhaps it was intended that way to mask the lack of oak cask aging. Whatever the case may be, there are many other excellent sherry cask finished bourbons out there, so steer clear of this one. It has a lot of work to be done to be a viable product. Hopefully their upcoming single malt whiskies fare better.