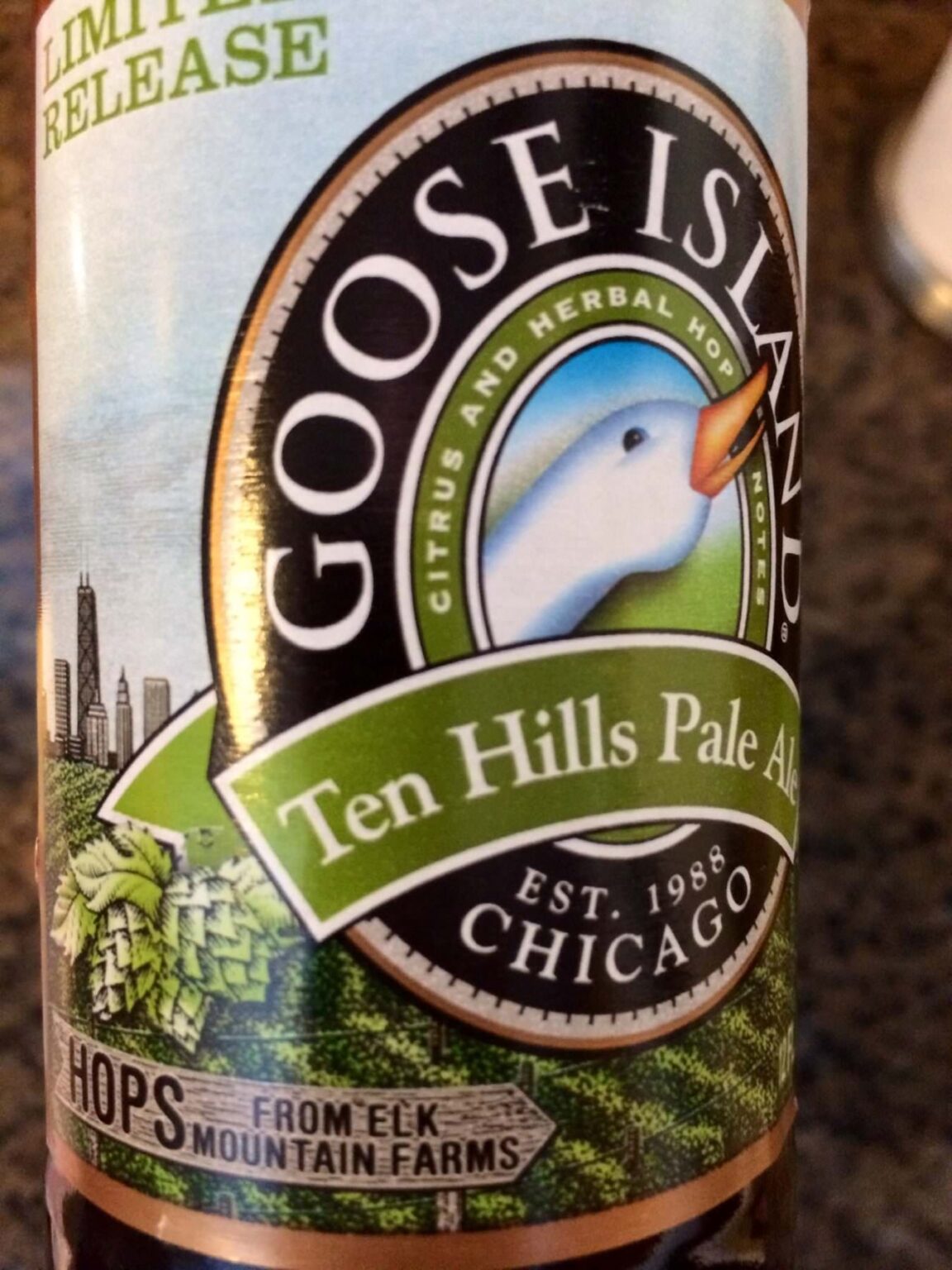 I was able to try Ten Hills Pale Ale from Goose Island today.  It came in a sampler 12 pack along with their IPA and Honkers Ale (two good beers in their own right).  I have been interested in trying this beer, as it is an Limited Release and Goose Island  consistently brews quality craft beers,  even if they are now owned by the Macro of all Macro brewers Anheuser Busch InBev.

The name and the marketing for this beer comes from the soon to be relatively famous hop farm, Elk Mountain Farms in Idaho. Their hops quality and character of their hops have been touted by Goose Island and others.  The hops for this specific beer (Perle, Cascade, US Saaz) are grown on the first ten hills of this farm for Goose Island.

This Beer pours a handsome copper color with a good amount of carbonation. The aroma starts off hoppy, but the malts are present. The taste follows the aroma; hop forward, but with a solid malt backbone.  It is actually a much more balanced beer than you would expect.  The logo touts “Citrus and Herbal Hop Notes”  Its actually less citrusy than one would expect with that claim on the logo.  I do get the herbal tastes,  very earthy.

The hop profile is unique enough to make this worth a try, although one may tire of the hop flavors over time.  This is probably the reason they made this a limited release, it is listed as seasonal on their website. The amount of hop-malt balance is what really makes this an interesting beer.  It is worth a try, and I’m sure I will buy another 6 pack of this before it is gone.

Facebook Comments
Previous ArticleDaily Toast! January 24th, 2104; Raise a… Can?!?
Next Article Daily Toast – Raise a glass of Rye today, and drink out your teenage angst!