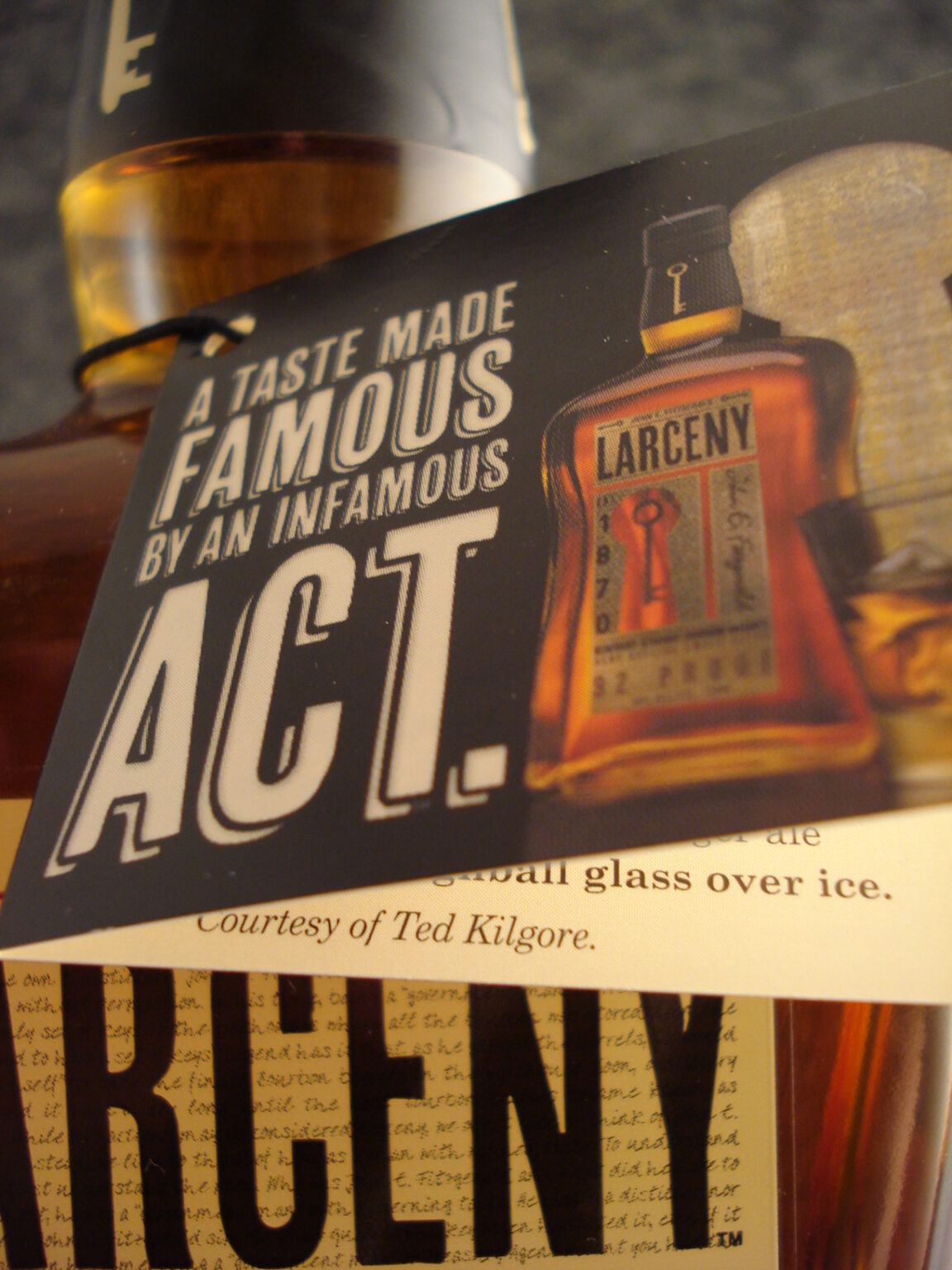 Larceny is a very tasty bourbon in the same vein as other Louisville-made wheated bourbons of ages past. It drinks like a much more expensive bourbon.

This review was originally posted as part of the Wheated Bourbon Throw-Down.

Larceny is a small batch wheated bourbon from the Bernheim Distillery in Louisville as part of the Heaven Hill family of spirits.  The name derives from stories of John E. Fitzgerald (of Old Fitzgerald family fame) habit of using his personal keys to the bourbon warehouses to ‘liberate’ barrels of his favorite bourbon to give to family and friends.  There have been numerous reports that Heaven Hill intends to replace the Old Fitzgerald line with larceny, but they are thus far unconfirmed.

Larceny is a medium amber with some deep brown streaks.