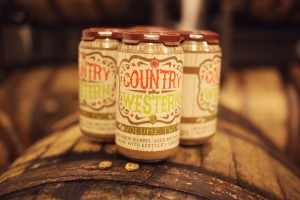 “The style is a brown ale made with Kentucky sorghum and then aged in Kentucky bourbon barrels to kick it up a notch!