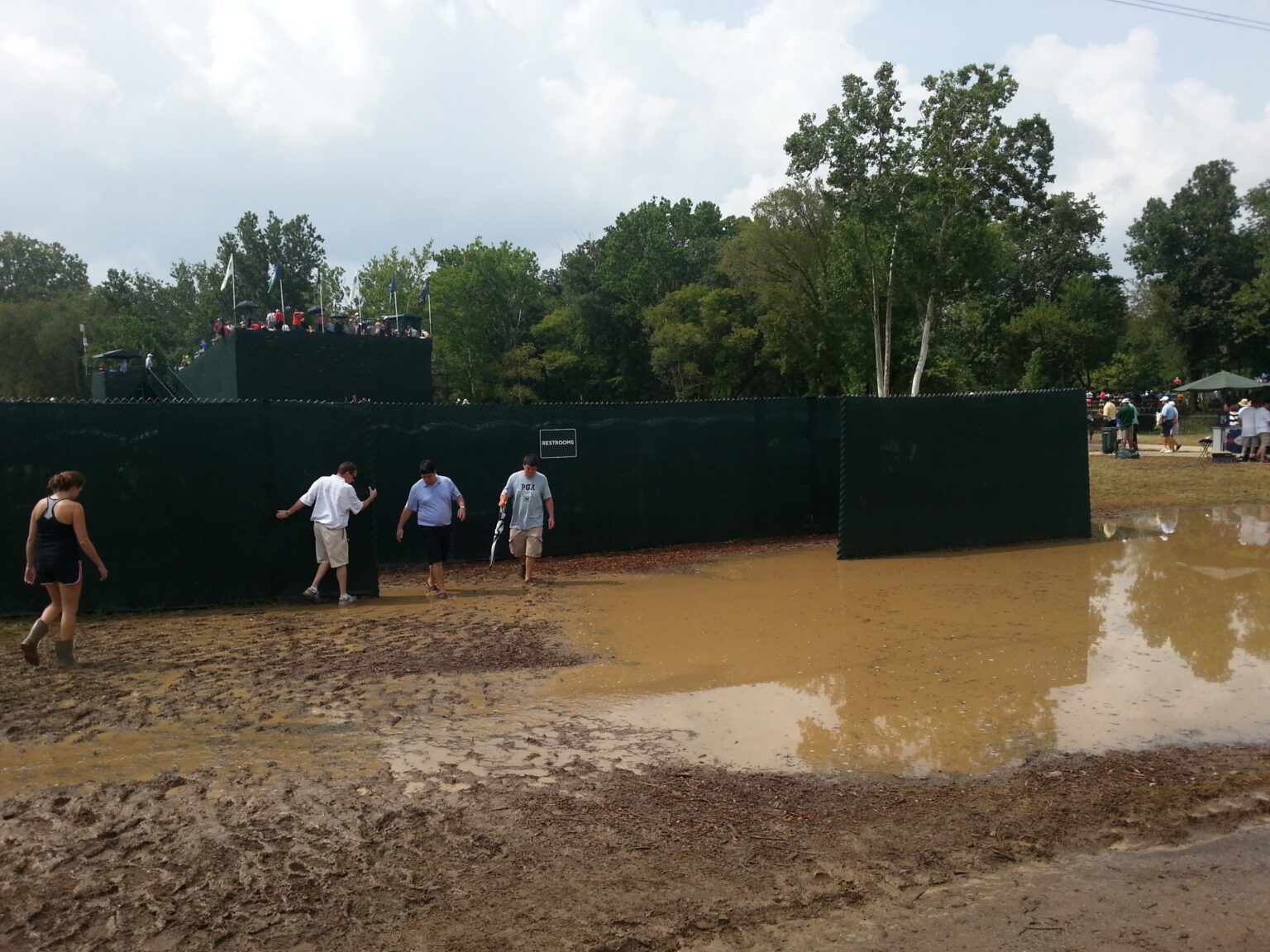 Together, we (hereafter referred to as the Modern Thirst Brain Trust), spent half the week braving the seas of mud and monsoon-like downpours at Valhalla watching the PGA Championship and the rest at my bar sampling the best bourbons and ryes the Modern Thirst compound has to offer.

If this photo doesn’t adequately portray the awesomeness that is 2 inches of rain per day for 4 days combined with 250,000 spectators, then nothing will. This is the entrance to one of the restroom areas (aka: port-a-pot enclosure) and I’m about 75% sure that’s mud surrounding the entrance: 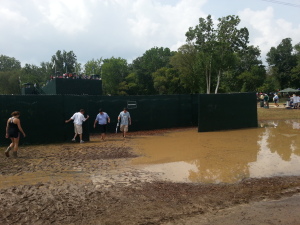 Cell phone photos of the actual event were banned by the PGA.  I have no comment on the source of these photos: 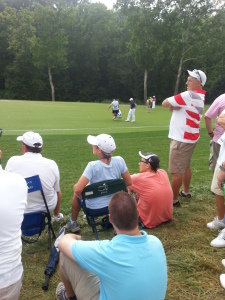 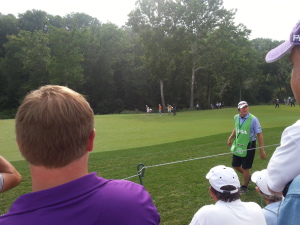 When not being thoroughly soaked by torrential downpours or baked by humid August afternoons at Valhalla Golf Club or trying to figure out how Matt would get back to Cincinnati with no car, Matt and I took the opportunity to conduct a lot of joint tastings. And yes, finally, the long-awaited Elijah Craig Barrel Proof tasting has been completed, and I’ll be writing it up in the next day or so. My liver was glad the weekend finally came to an end. 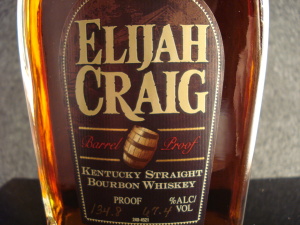 Last, Matt was lucky enough to locate and purchase 3 used barrels in great condition that once held Old Rip Van Winkle 10 year bourbon. He’ll be using two of them to build a bar in the Modern Thirst Compound North and snagged the third for me to include in the Louisville branch of the Modern Thirst Compound as a bar table. We’ll show the results of both builds (assuming they aren’t embarrassingly bad). 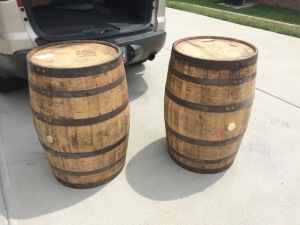 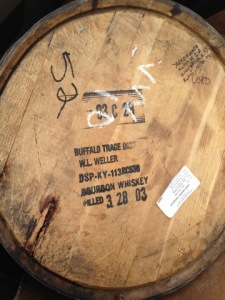