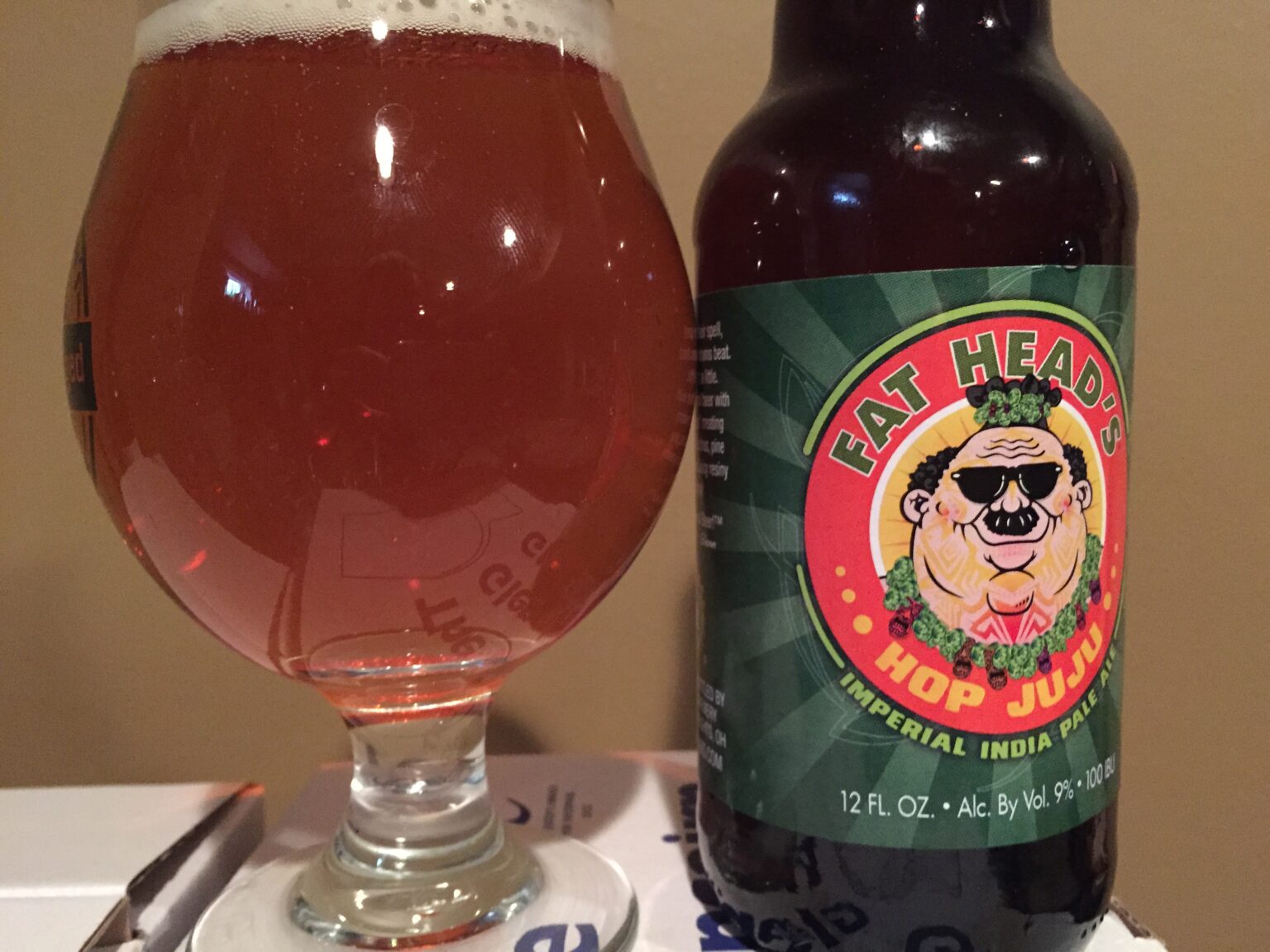 The limited release of Fat Head’s Hop Juju has hopheads salivating. While only available in select states, Fat Heads along with quite a few other notables is continuing to prove that Ohio is a major player in the craft beer scene.

“Ju-ju” is defined as “the magic attributed to a charm or fetish.” If there’s anything in the craft beer world that qualifies as a fetish object, it must certainly be the almighty hop cone. And Fat head’s Brewery in Northern Ohio knows a thing or two about coaxing a little magic out of otherwise ordinary hops – their west coast style Head Hunter IPA is a recognized leader in the competitive IPA market.

So when we tell you Head Hunter has a big brother, and his name is Hop Juju, then you know Fat Head’s means business. Hop Juju is a 9%ABV concoction that somehow packs more flavor than should be possible in an Imperial IPA, a style often known for simply clubbing you over the head with hop bitterness. The full range of juicy fruit is here – pineapple, mango, grapefruit – but they play very well with pine and floral notes, and it all holds up due to a perfect malt backbone. If you’re a fan of well done, big, hoppy beers – and of course you are – then just surrender to the juju now, as Hop Juju is only here in late winter, then it’s gone!

Facebook Comments
Previous ArticleEagle Rare 10 Year Bourbon Review
Next Article You voted! The March 2015 Bourbon of the month is…