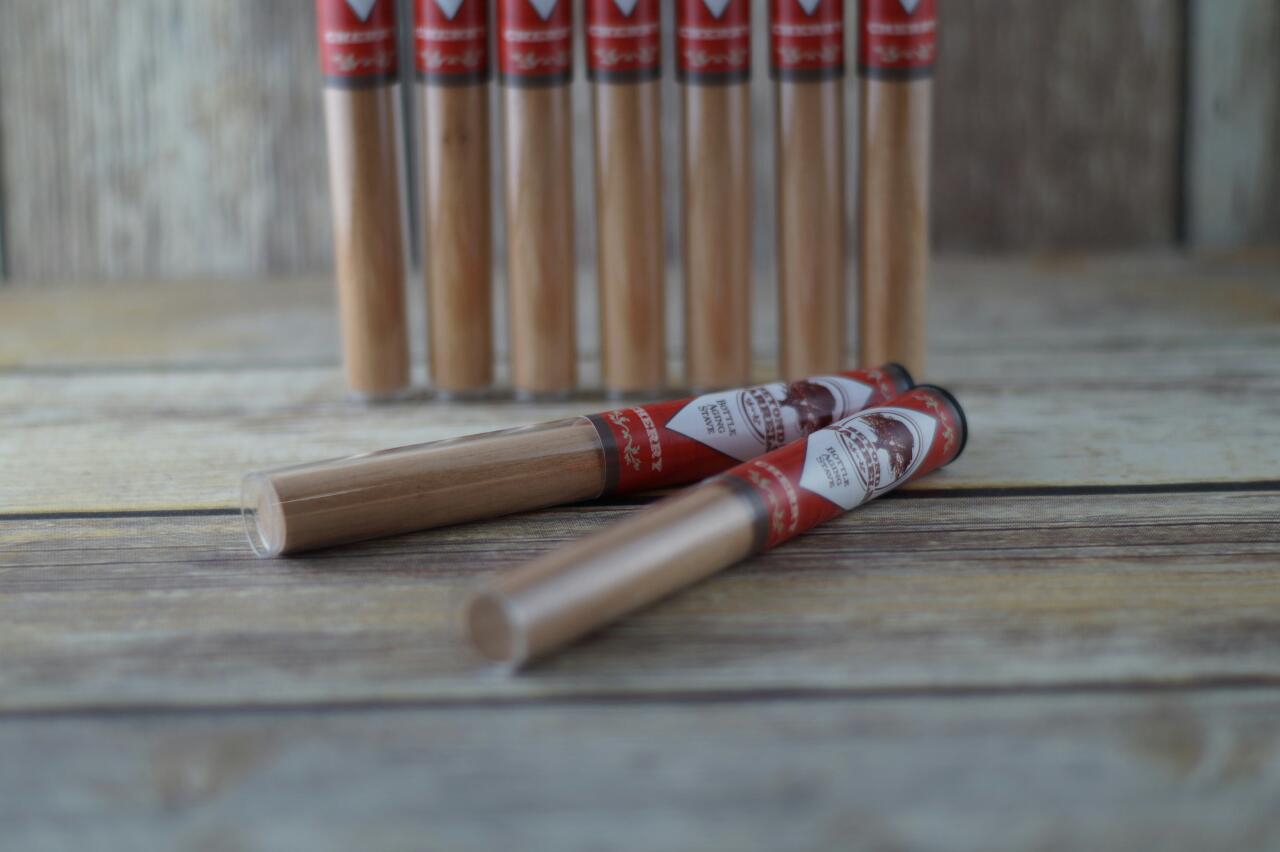 We’re now a little over 60 days in to our product test of Beyond Barrels.  Quite a bit has happened in that time.  first, the brand’s website and online ordering functionality has launched and is now online here.  Second, the product is now neatly packaged in plastic cigar-like tubes.  Third, the product has been re-branded to be more descriptive about the actual use.  Gone is the “Aging Mast” and instead is the name “Bottle Aging Staves.” 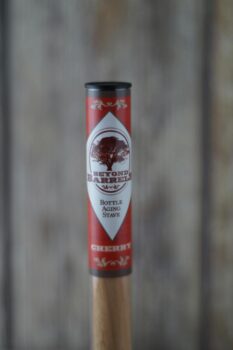 To follow up on our first test conducted at 30 days, we re-assembled a crack team of savvy drinkers to test the product again.  We were joined by the owner of Beyond Barrels, Chris Harrigan.  There was a slight change in the lineup of the testing team, due to the travel plans of one member.  Returning for this test are:

Phillip: Phillip is originally from Central Illinois, but has lived in Louisville for 23 years.  He is a member of The Bourbon Society and considers himself a casual bourbon enthusiast.  Although his tastes lean toward the spicy and complex, he enjoys a full spectrum of bourbon flavors.  His “go to” bourbons include Four Roses, Rowan’s Creek, and Knob Creek.

Scott:  Scott was born and raised in Chicago and has lived in Louisville for the past 13 years.  While he’s a relative newcomer to the bourbon world, he’s doing his best to make up for lost time.  His home bar, “Scott’s Bourbon Bar,” is stocked with over 100 different whiskeys. 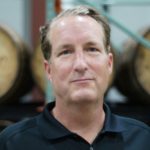 And joining the team is Chip.  Chip is a native of Maryland, and a transplant to the Louisville area.  He is a Financial Advisor by trade, as well as a seasoned Dive master.  He has traveled all over the world for diving, and has sampled  liquors from the South Pacific through the Caribbean.  He is a member of the Bourbon Society. 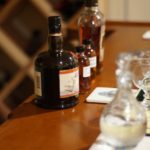 Phillip: “Very smooth at 30 days, a definite step up in that regard.  I thought the rum fared much better at 60 days than the bourbon.”

Scott: “The sweetness is definitely intensified at this tasting.  It’s become a very nice sipping rum.”

Chip: “I really liked the un-aged rum.  It was awesome straight out of the gate.  Plenty of floral notes and fruit on the nose.  I didn’t get the pepper after aging that I expected, and I’m not sure the aging stave really improved the flavor so much as changed it.  I definitely get the cherry wood, though.” 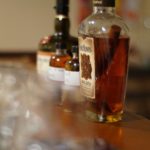 Chip:  “At 60 days, there was a definite increase in floral notes.  It’s like the aging stave amplified that typical Four Roses profile.  Initially, I didn’t get much sweetness on the palate, but as the finish lingered, I tasted cherries and sweet fruit that wasn’t present on the un-aged sample.”

Phillip: “I still get plenty of slat and brine on this ,reminding me still of Jefferson’s Ocean.  There is a touch added fruit and sweetness to the palate, but really, it just seems more balanced between the overpowering spice of the 30-day-aged sample and the fruitiness of this 60 day sample.”

Scott: “I got plenty of salt on this as well, but I didn’t feel like the difference between the 30-day sample and the 60-day sample was nearly as pronounced as the first 30 days of aging.  It was more balanced, however.”

Bill: “Like the rum, there is still a decent amount of pepper on this, but the real story is the cherry wood.  It’s easy to pick out on the palate and very distinctive in its impact on the liquor.”

After we completed the tasting of our two liquors, and had written all the notes we were planning to make, Chris demonstrated the product further with a selection of other liquors he has been aging for testing purposes.  Right off the bat, we tasted the example we had all agreed would have been a better bourbon  choice than the Four Roses: Makers Mark.  We weren’t wrong.  The sweet, creamy texture of makers did much better with the cherry wood stave, not fighting with the spiciness, and instead blending very well.

In addition, Chris let us try liquors that are aging using other woods that are not yet released, the most interesting being peach wood.  The peach lends an unmistakably fruity and sweet character to whiskey and rum.  We also tested a version of a Manhattan that used stave-aged bourbon.

Ultimately, I’m impressed with the product.  This should not be confused with mini barrels, or charred wood aging inserts.  That’s not what this product does.  It “finishes” a bourbon, much in the same way French oak staves “finish” Makers Mark to make Maker’s 46.  This won’t take white dog and make smooth whiskey, it takes smooth whiskey or liquor and adds nuances that can only be added through contact with different and exotic woods.  I was reminded again of bars that use small barrels to barrel-age cocktails.  This seems like a better, and easier alternative.  If a bar made a batch of Manhattans, or Old Fashioned, and put them in a decanter with a peach wood stave, they’d have a pretty interesting cocktail available only at their bar.  Rum cocktails, vodka- they’d all be changed by this process.  The options are pretty wide, as there will soon be multiple woods available for purchase through Beyond Barrels that would allow combining different woods in the same bottle.

ModernThirst’s 60-day update on our product test of Beyond barrels Bottle Aging Staves.

PRODUCT TEST UPDATE: After One Month of aging, Modernthirst gathers a tasting panel to evaluate the progress of Beyond Barrels Aging Masts.

[amazon_link asins=’B00H143UXW,B06Y1VGMH2′ template=’MT-product-carousel’ store=’modernthirstc-20′ marketplace=’US’ link_id=’89cd9de4-ff80-11e7-ad0b-b3d612b3a656′]I’ll admit it.  I love product testing. ModernThirst was contacted a few weeks ago inquiring as to whether we’d be open to testing a forthcoming new product called “Beyond Barrels.”  Beyond Barrels is the latest in the recent trend of products that allow home aging of alcoholic spirits and cocktails.