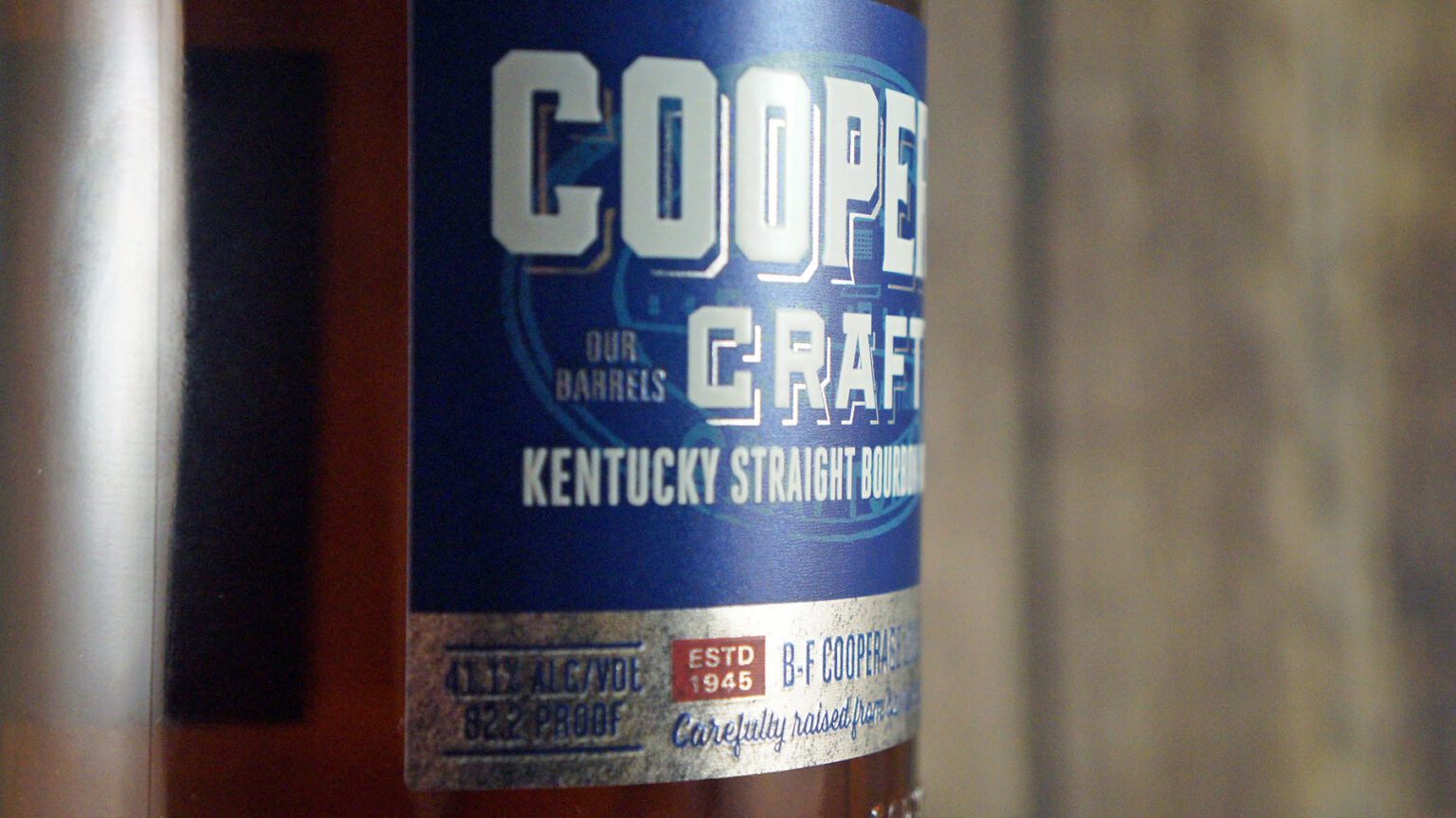 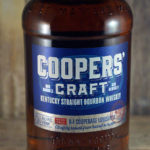 Brown-Forman is one of the oldest and most established of the large spirits makers and whiskey producers in America.  With a stable of products including everything from wines to Jack Daniel’s, there’s a good bet that if you’re reading this, you’ve got some B-F juice of some sort in your home right now.

For those used to reading this site, you’ve likely read a thing or two about Old Forester or Woodford Reserve, the flagship bourbon lines of the company.

Along with that huge portfolio of brands, Brown-Forman also owns their own cooperage, where barrels are made daily for their wide range of products.  Coopers’ Craft celebrates that cooperage by highlighting the effects of wood on the bourbon.  This is primarily accomplished through two steps- toasting their barrel staves before charring them, and then a filtering process that uses birch and beech wood. 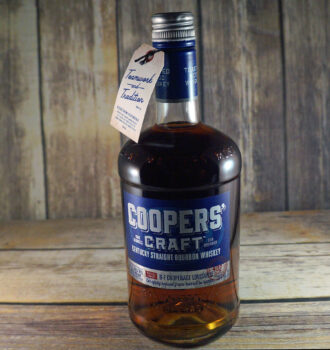 Coopers’ Craft is packaged in a round non-descript bottle with a metal screw top.  I’m not saying they completely mailed it in on this packaging, but they certainly didn’t try to make it appeal to serious bourbon aficionados.

This is light brown and gold, and the very low bottling proof is plainly evident in the glass.

Hints of beech wood, oak, and honey greet the nose.  Overall, it’s not a greatly complex set of aromas, with the wood the most easily detectable of the otherwise mild product.

This starts out extremely mild and sweet on the tip of the tongue and really never ranges too far past that.  The wood is evident, though it’s certainly not a heavily “woody” bourbon.  The filtering process does impart a slight beech and birch profile to this bourbon, but even that is not overt. Aside from that note, this is pretty much straight forward low proof Old Forester.

If you like Old Forester, my suggestion would be to stick to Old Forester.  There’s certainly nothing wrong with this bourbon, but at $32.99, it’s as expensive as Old Forester Signature, which at 100 proof is a superior and more complex bourbon.  In fact, the low proof on this is probably a double-edged sword for Brown-Forman.  Any stronger, and the alcohol would likely overwhelm the subtle barrel flavors they’re going for.  To remedy that, they would have had to barrel this at a higher proof, but also put some significant age on this bottle, more than what I would guess to be the current 4ish years old, and that clearly wasn’t in the business plan.  At 82.2 proof, this comes off as a little bland, somewhat boring, and completely redundant given the other Old Forester labels already available.

Under aged, under proofed, and unremarkable. There's nothing inherently wrong with this bourbon except that there's nothing particularly good about it. With a wide range of Old Forester labels already on the market, this is redundant.