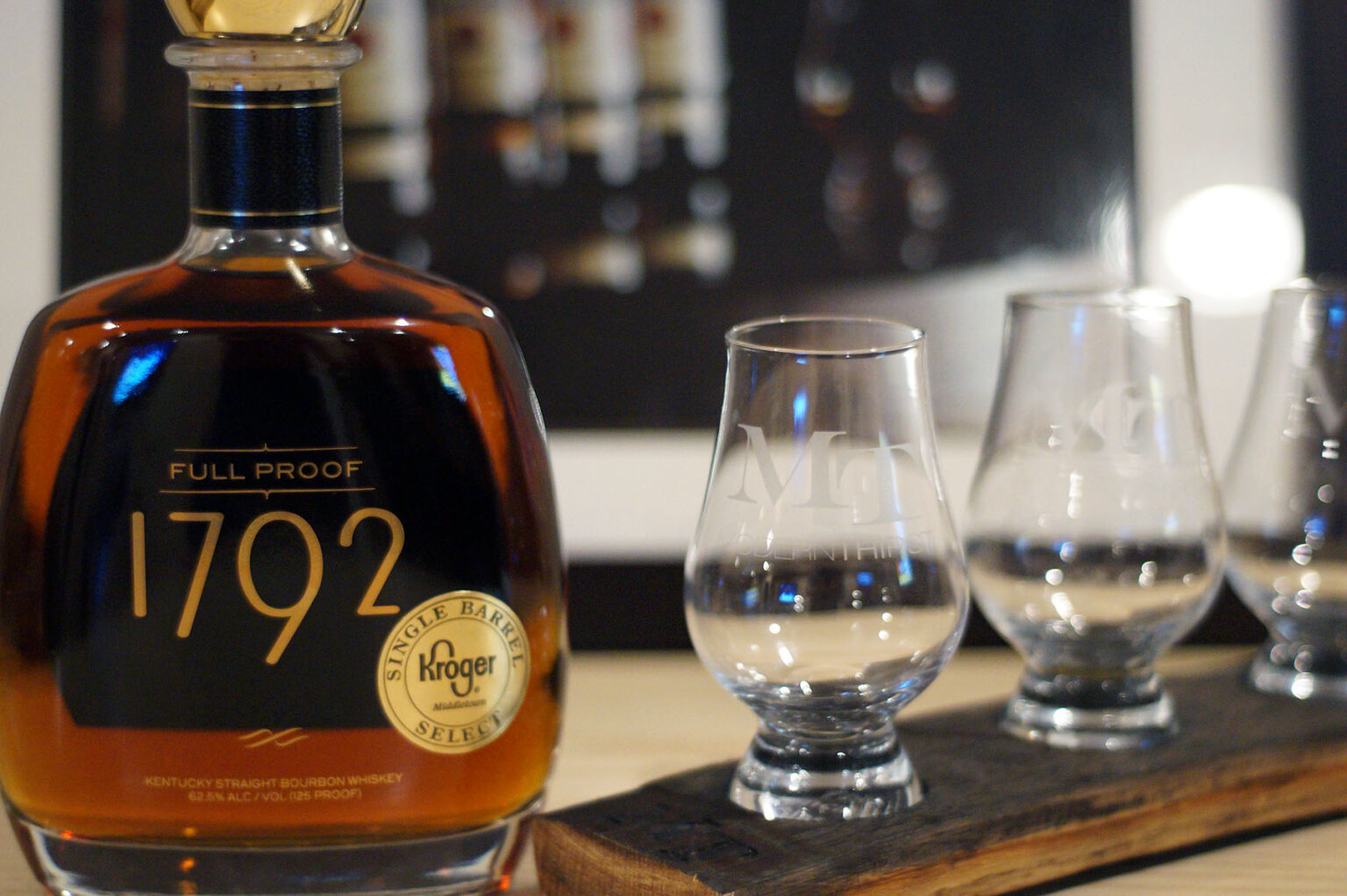 Trending slightly more on the oaky side than other selections of this bourbon, this is slightly unbalanced between the nose and the palate, but still makes for a nice whiskey.

This is a mini-review, as the 1792 Full Proof lineup has been covered extensively in prior reviews.

This is a single barrel selection of 1792 Full Proof chosen and sold by Kroger Wine & Liquor the liquor store division of the Kroger grocery chain.  Unlike many liquor store add-ons to big box type of store,s Kroger (at least in the Louisville area) runs their stores much more similarly to an independent shop.  They have rare and hard to find bottles, multiple barrel selects, and a fine overall selection.  I don’t have any stats on this other than the basic 1792 Full Proof stats.

There’s a tinge of ethanol on this.  But underlying that is a rich bouquet of gingerbread cookies, brown sugar, and molasses.  Excellent.

Sweet, but trending more on the oaky side.  Some definite vanilla and caramel with a slight hint of maple syrup, but far more woody in overall flavor than the other selections.

Only medium in length, there’s a solid bit of peppery rye on the finish.  Following the rye are some barrel tannins that turn just a touch bitter before it ultimately fades.

This is a solid whiskey, but it left me wanting a touch more sweetness on the palate.  It’s definitely more alcohol and oak forward in profile, which doesn’t really suit this expression nearly as well as sweet  flavors would.  That’s evident when comparing this to The Bourbon Society Selection.  The end result is a nice whiskey that is just a bit unbalanced between the nose, which is far and away the star of the show here, and the palate.  It’s still good, but it could have been better.  I still rank that TBS selection as the best we’ve tasted, with this and the standard bottling behind it.