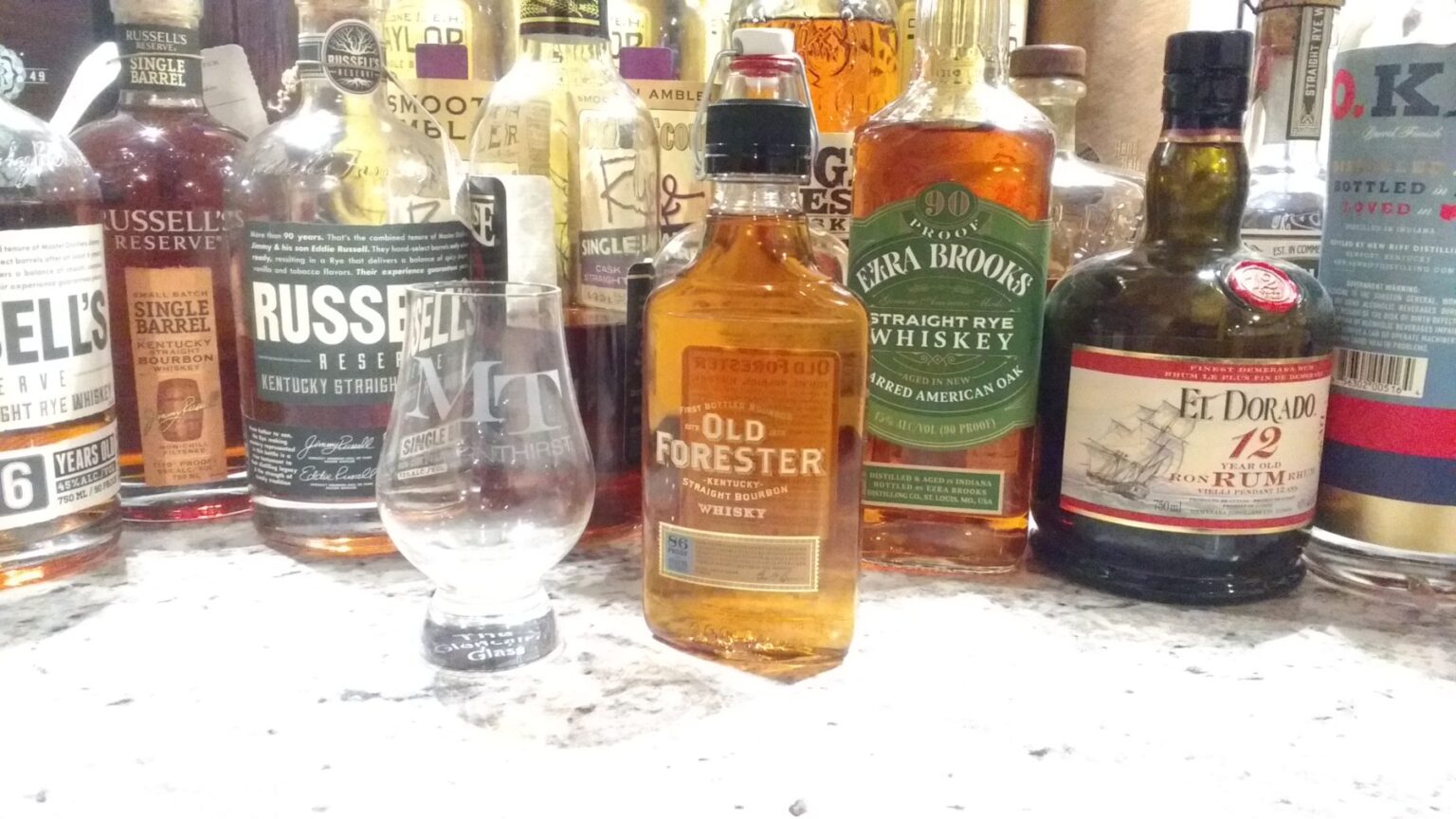 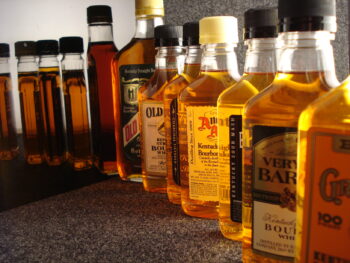 About three and a half years ago, I began the “Budget Bourbon Battle Royale” series of reviews.  The point of that was to pick a wide selection of what many consider to be “bottom shelf” or “budget” bourbons and compare them side by side until I chose the best budget bourbon.  Surprisingly to me, the posts in that series have remained among our most popular posts even today.  I guess it goes to show that not all bourbon fans are looking for the next high dollar limited release unicorn bottle, and many want a good, attainable, affordable bottle they can find regularly. 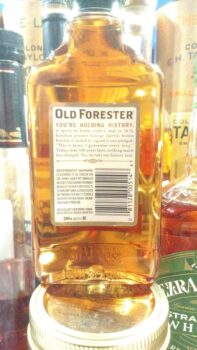 For myself, the series affirmed something for me I’d always suspected: the big distilleries have been doing their thing for decades, some even longer.  They know what they’re doing, and it’s not easy to find a bourbon bottled en-masse by an established distiller that is terrible.  That’s not to say there are none (I’m looking at you, Old Crow.)

Understand first that I am a native of Louisville, KY.  Aside from maybe Bardstown, Louisville is basically Bourbon Central USA.  It always has been, even when it didn’t know it. So even before the craze of standing in line for Pappy or hoarding and collecting bottles, bourbon was inextricably intertwined with life in Louisville. It’s just always been here.  Everywhere.  It’s at most events, advertised everywhere, and even the most rundown dive bars have always had at least a decent selection of drinkable bourbons.  From my earliest days, bourbon has simply always been everywhere in this city.  Yes, there were times it was taken for granted, but it has always been a staple.  Not Scotch, not vodka.  Bourbon.  It’s been the backbone of Louisville’s liquor scene for as long as I’ve been alive and longer.

And you simply don’t have a public or private reception without bourbon on the bar.  It would be like having dinner without water.  Or Hamburgers without ketchup.  In Louisville, that bourbon is as likely to be Old Forester 86 as anything else.  So before I go any further on a review, just know that Old Fo’ 86 is as close to what many long-time bourbon drinkers from Bourbon Central, USA consider to be “standard bourbon” as anything.

Old Forester is made by Brown-Forman, owned by the Brown family since pre-prohibition.  The Browns are sort of the royalty of Louisville.  Their family is synonymous with not only liquor, but philanthropy, public service, and civic leadership.  They’re our Kennedy family.  And their Distillery is right in Louisville.  In fact, I can see it right now from my office, its iconic Old Forester-shaped water tower a local landmark:

For this review, in keeping with the traditional the Budget Bourbon Battle Royale, I grabbed a small plastic half-pint bottle.  But Old Fo’ is easily available in 750 ML bottles, or even larger. 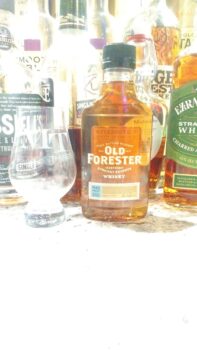 The palate is first hit with caramel and burnt brown sugar, plus a nice touch of vanilla but it’s thin, and muted.  There is a slightly corn-centric youth to this on the mid palate that turns slightly bitter and tannic on the rear of the tongue, but it’s not offensive.

Medium in length, the oak tannins make a showing here followed by a hint of rye and some pleasing sweet notes on the tip of the tongue.

All in all, if someone asked me to give an opinion of Old Forester 86 in just one word, I’d say “bourbon.”  I don’t mean that as a joke.  Old Forester 86 is pretty standard in terms of bourbon flavors.  It’s got the vanilla, caramel, oak, and corn.  It’s not particularly long aged, so it’s slightly young on the palate, and not as much oak as I’d prefer.  It’s not particularly hefty in proof, so it pales next to its big brother, Old Forester Signature, which I greatly enjoy.

But there’s nothing “wrong” with it per say, just some things that would make it stand out, or be “better.”   So overall, it’s a decent bourbon.  It won’t offend, but it won’t amaze, either.  So in terms of the Battle Royale, these lower-proof versions just don’t stand up to the bottled-in-bond options, and Heaven Hill 6 Year bonded, Old Fitz Bonded, and Evan Williams Bonded still reign supreme in the competition, but Old Fo’ 86 is nothing to sneeze at.