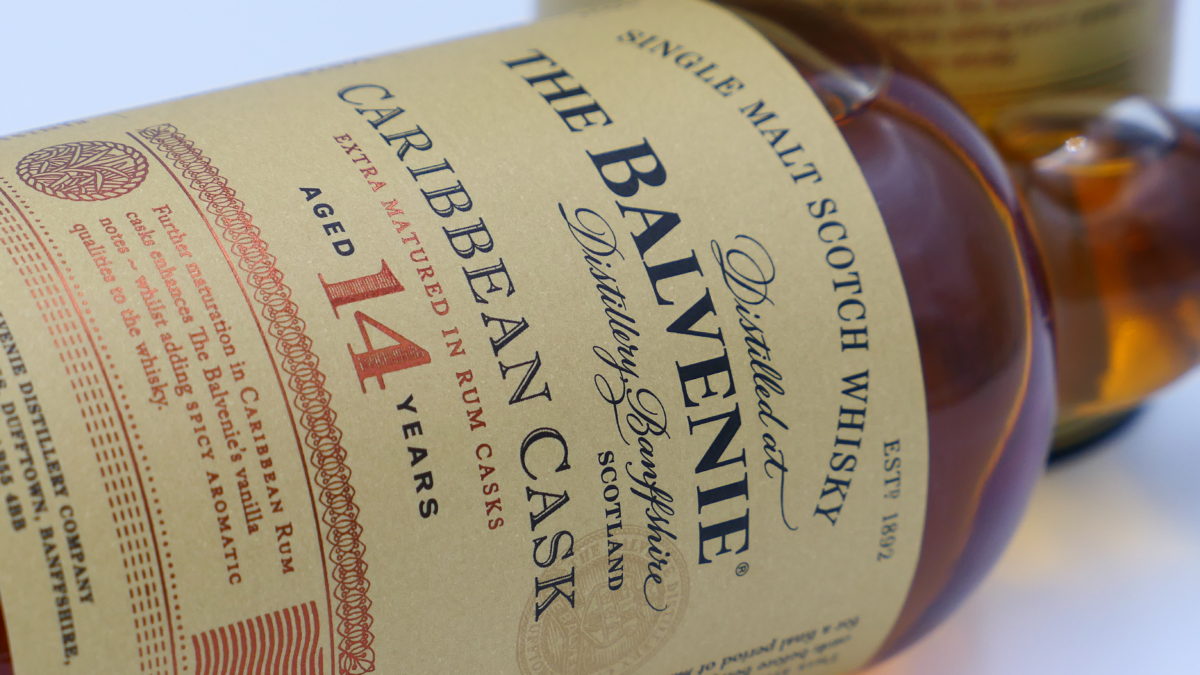 A nice scotch to introduce to a bourbon drinker. It has a "Peaceful Easy Feeling" - a touch of bourbon sweetness from the rum casks. It won’t let you down.

So, with the Eagles playing in the background I’ve “gotta peaceful easy feeling, and I know you want let me down”– let’s jump into the review. 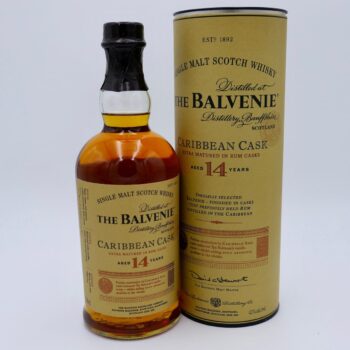 The Balvenie Caribbean Cask 14 year old single malt whisky has been matured in traditional oak whisky casks for 14 years, and then ‘finished’ in casks that previously held Caribbean rum.

When he judged the casks to be ready, the rum was replaced with the 14 year old spirit and the wood was put to work adding the final touches.

The result is an exceptional single malt whisky with the traditional smooth, honeyed character of The Balvenie married with notes of toffee and a hint of fruit, with a warm, lingering finish.

As always – the notes you see below were written and the bottle scored prior to any discussion by Jeremy and me of what we nosed, tasted, or felt overall, about the dram in consideration .

thin mouthfeel with almost an American Stranahan’s malt note – especially the special release Snowflakes (some have rum influence), toffee, chewy caramel, slight cola note and some char, not as sweet on the taste as on the nose, slight vanilla, light molasses, not as spicy as standard Balvenie 12-Year but a slight touch at the end (WJ); a bit tart, but sugar comes through – brown sugar, molasses, some fruit and spice (JR)

short finish – initially wrote medium, but the more I tasted the shorter in length it seemed, so I’ll go with short to medium – drops it some in the ratings – wish it was longer for 14 years (WJ); medium-short, some spice emerges again (JR) 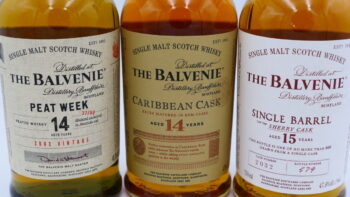 THE BALVENIE 14 YEAR CARIBBEAN CASK: A good intro scotch for those that like bourbon and a very reasonable dram overall. Almost a light bourbon note. Not a rush to go out and buy it type bottle, but interesting enough to try if you have the opportunity. The rum finish makes it just interesting enough to pique the curiosity. Much sweeter than the three 12-year old Balvenies reviewed (WJ); Pleasant, but not mind-blowing. Interesting with spice and maybe a bit too much sweetness (JR).

Interestingly enough when our whiskey club sampled the six different Balvenie whiskies side-by-side this particular bottle came in at number 5 of the 6 tasted with an 84.5 overall average from six scorers [range of 78 to 91.5 – so quite a bit of variation on thoughts].  Until next time a little more from the Eagles – this time from Take It Easy:

Take it easy with a nice scotch, bourbon, or scotch that has some bourbon-esque notes. And if you find yourself standin’ on the corner in Winslow, Arizona lift a dram in honor of the great American John McCain who represented that great state for 35 years and served our great nation for so many more. Rest in peace, Senator McCain. Cheers. 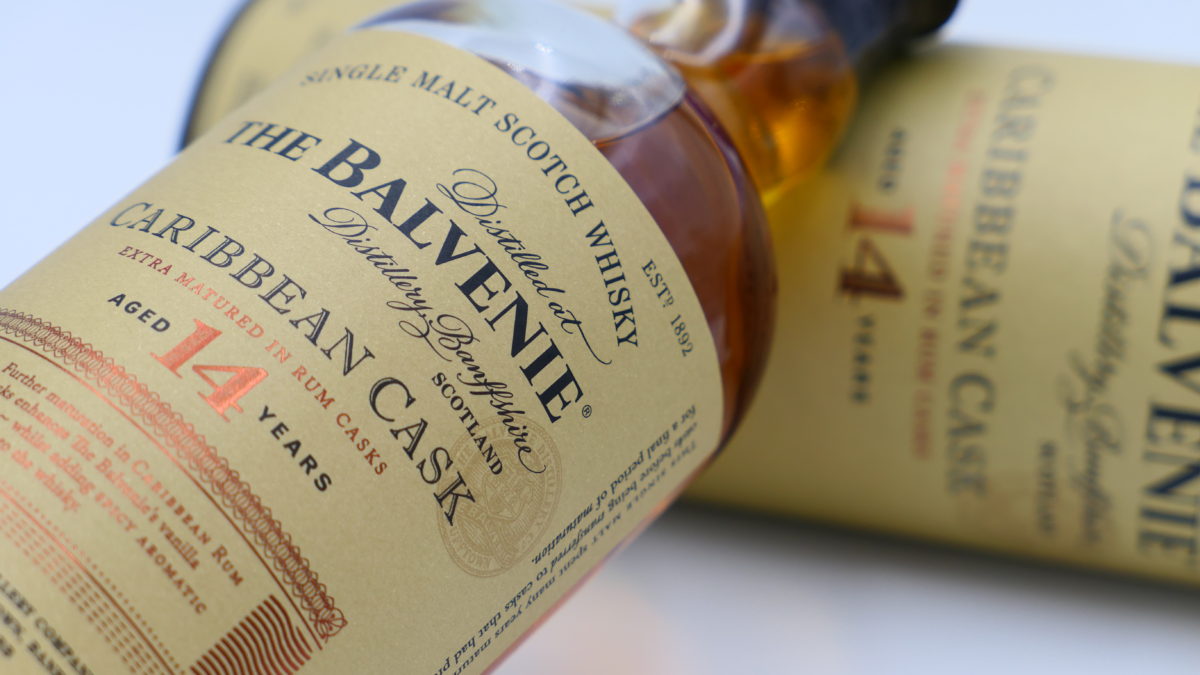