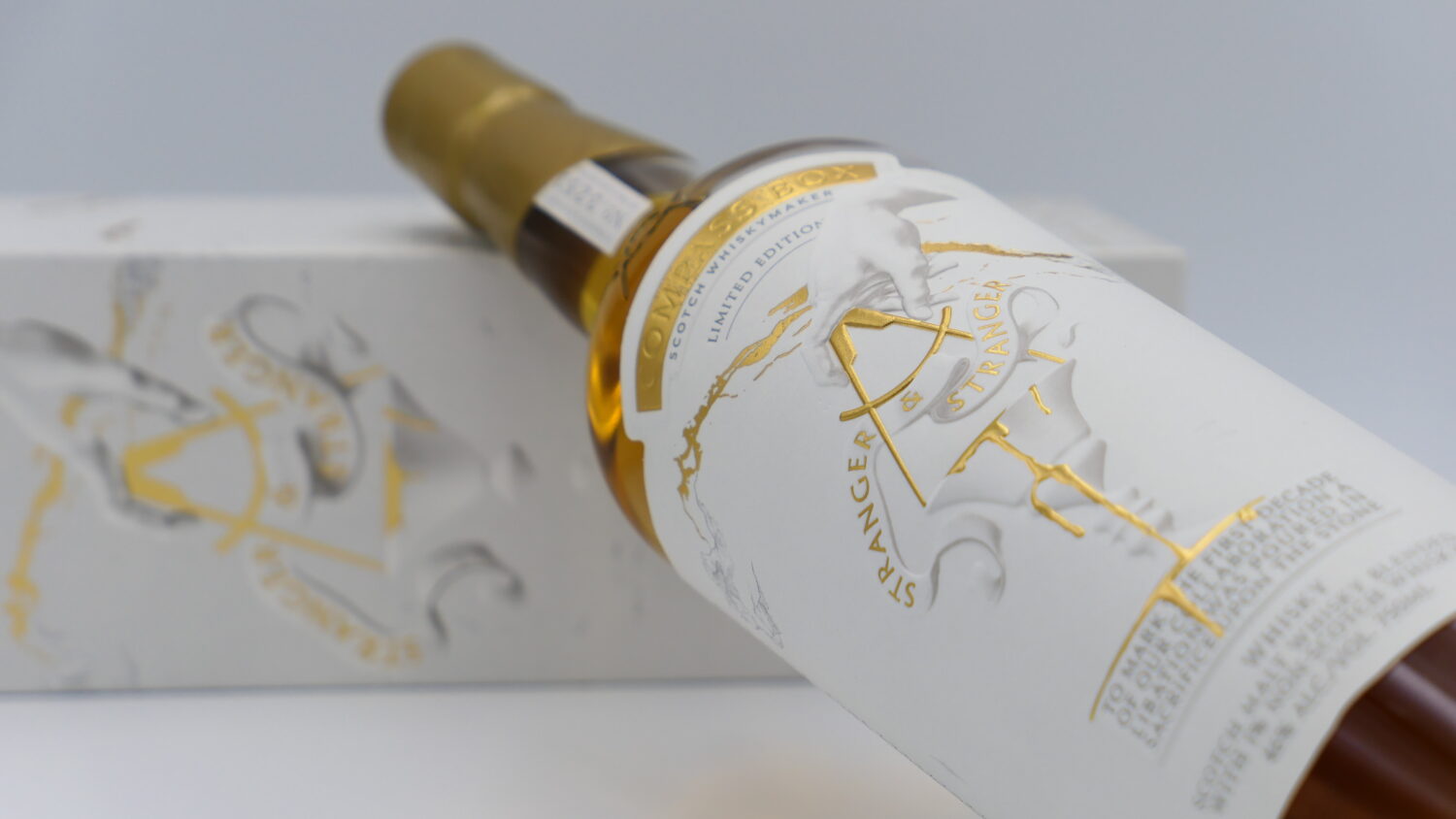 This “whisky spirit” is a wonderful experiment demonstrating the creativity of Compass Box – well crafted, beautifully presented, and delicious. 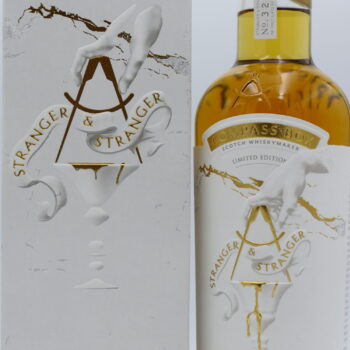 Out of all of the non-American whisk(e)y reviews we have brought to you on ModernThirst we have only reviewed two other Compass Box whiskies: Phenomenology and Juveniles – and those two bottlings received a 93 and 92 score respectively – click on the title to go to the specific reviews. Both of those bottlings are still available from my recent scanning of the shelves.  I noted in the previous reviews that Compass Box is one of my favorite brands.  I like what they are doing and the releases are becoming more frequent it seems. Stranger & Stranger was released in March 2019 in the US.  Let’s see how this “spirit drink” compares to Phenomenology and Juveniles.

The Compass Box press release describes this whisky as follows:

Celebrating ten years of working together as whiskymaker and packaging designer, Compass Box and the famed London agency, Stranger & Stranger have collaborated on a limited edition whisky that’s not technically Scotch whisky and with a label like no other in the world of spirits.

Since 2008, when John Glaser met Kevin Shaw, the founder of Stranger & Stranger, their respective teams have collaborated on over 35 different Compass Box whiskies . . . .  [For this release] Glaser had the idea of blending old single malt whiskies with a small amount of an extraordinary delicious one year-old spirit the company had been aging in experimental casks. He explains: “We had taken to calling it ‘sacrificial spirit’ because we didn’t know what it would taste like after a year in these experimental new barrels. Turned out, it was amazing! And adding just a small amount to old single malt whiskies provided a lovely underlying sweetness and complexity.  The only problem was because it was just one year-old it wasn’t technically Scotch whisky yet, because Scotch has to be a minimum of three years-old.  We thought about this for a while, then concluded: for a product called ‘Stranger & Stranger’, who cares!”

The design team at Stranger & Stranger . . . loved this notion of sacrificial spirit; this inspired the label design. . . . The label is so heavily embossed [creating 3-D type effect]that it requires a specially trained team to apply the labels – each bottle takes over five minutes for the application of the extra-large, highly-embossed label, the wax-dipping of the cork enclosure, then placing each bottle into a custom made box.

Ninety-nine percent of the liquid inside ‘Stranger & Stranger’ is composed of single malt whiskies from three venerable Speyside distilleries: Glenlossie, Glen Elgin and Linkwood distilleries. The inclusion of just one percent of the ‘sacrificial spirit’ – actually grain whisky from the Girvan distillery, aged for just over a year in an experimental toasted and charred American oak barrel – precludes the product from being labeled Scotch whisky.  Nonetheless, ‘Stranger & Stranger’ drinks for all intents and purposes like a beautifully-aged old malt whisky.

Hmm.  Let’s see for ourselves.

Age: NAS (although you can go to the Compass Box website and request age breakout)

toffee sweetness, spiciness comes through – baking spices – apple cinnamon pie crust, some ginger spice lingers on the tip of the tongue (WJ); wonderful base cereal grain note that everything builds off – excellent malt, almonds have become marzipan candy and something powdered perhaps Turkish delight because of the floral notes, caramel, more citrus, and touch of spice (JR)

COMPASS BOX STRANGER & STRANGER: Presentation is wonderful – one of my favorite bottles all-time (in the design category) – another excellent overall Compass Box offering (WJ). I love this! It’s impressively complex, especially given its lack of finishing or peat. Bold, beautiful malt gives way to a subtle yet yielding dram. This is nearly exactly what I want in an unfinished, unpeated malt (JR). 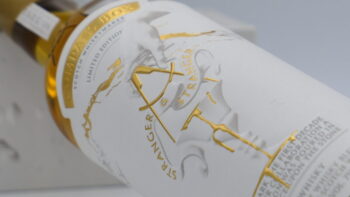