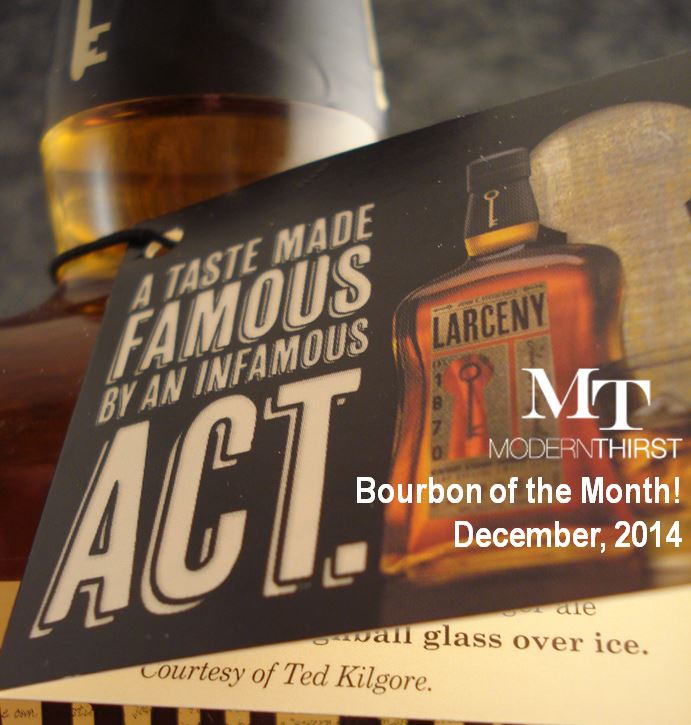 Bourbon of the Month

December Bourbon of the Month: Larceny

We’re going to try something new this month.  For the first time, we’re introducing a Bourbon of the Month.  We’ll feature a bourbon that is either freshly released, or easily attainable, and ask that our readers give it a try, if possible sometime during the month and share their impressions with us.  (And no, we’re not being paid/sponsored/compensated for this in any way, and bourbons will be chosen spontaneously – by me- from bourbons I’ve reviewed or enjoyed.)

What does that mean?  Anything you like!  First off, send us you own photos of that month’s bourbon and we’ll post them on the site.   Show us how you’re drinking it, where you’re drinking it, or anything (non-offensive) related to that bourbon.  Low quality, high quality- it’s up to you.  Just make sure it’s not copywritten material (i.e. take the photos yourself, don’t download someone else’s.)

Send us your thoughts, impressions, personal reviews, etc, and we’ll include them as well.

There are multiple easy ways to send us your photos and thoughts:

December’s Bourbon of the Month is Larceny!

This is an approachable and affordable wheater from Heaven Hill. 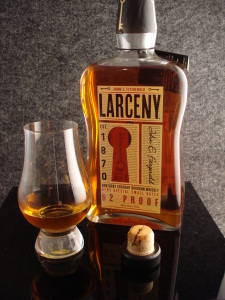 We reviewed Larceny directly back in March, and we featured it in a head-to-head Throw Down with W. L. Weller as well.

What’s your take on Larceny?  It seems like a mixer in eggnog might be seasonally appropriate if anyone is looking for photo ideas!

@Modern_Thirst It’s always nice to have a #bourbon that comes in airplane bottles (Matches and dice sold separately) http://t.co/zHDJYeGlWE 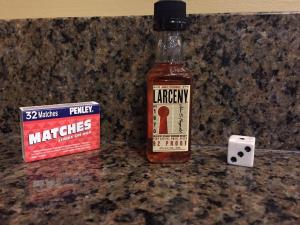 “I take it to every Louisville football game.  It’s my go-to for tailgating.”

GQuiz in the ModernThirst.com Forums wrote:

“Larceny is a very nice bourbon. What struck me was how fast the finish finished. You savor and, poof, it’s gone. No long afterburn. I enjoyed it. “