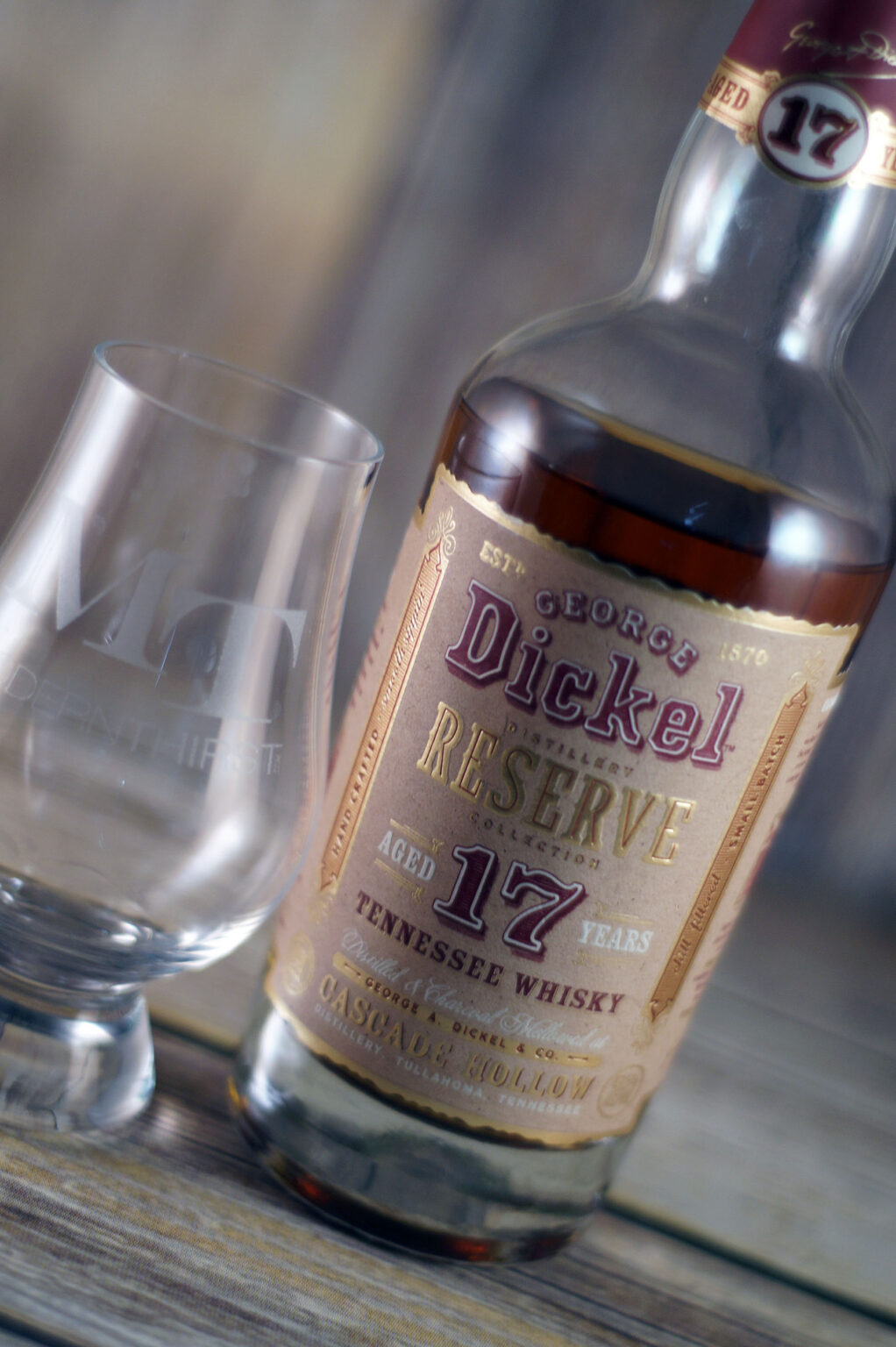 Watery and flavorless, this $75 half bottle is a complete miss by the folks at George Dickel, and should have gone into batches of their regular production whiskey rather than into overpriced souvenirs at the gift shop.

We recently hosted some friends at the ModernThirst compound to try the new Ghost Barrel and other assorted whiskeys, and were pleasantly surprised when one of our guests, @DosterJohn, brought along a surprise.  George Dickel 17 year old Tennessee Whiskey.  He allowed me to taste the whiskey and keep the bottle for photos and full review.  Who am I to complain about free whiskey, especially when it’s 17 years old?

Simply put, this is 17 year old Tennessee Whiskey that was supposedly “accidentally” found in the back of a warehouse.  Now, before anyone gets all crazy on that, remember that Dickel is a Diageo brand, and this isn’t the first time we’ve heard of them “discovering” lost barrels of extraordinary age in their warehouses (*COUGH* Orphan Barrel *COUGH*).  So don’t buy that story.  They knew it was there, as they paid taxes on them every year.  They may not have known what to do with them, or may not have taken notice of them for a while, but they weren’t “lost” and certainly  weren’t “accidentally” discovered.  Note to Diageo: cut it out with the BS stories.  Just give us the whiskey.  But that’s all beside the point.  This is 17 years old, and bottled at 43.5% alcohol by volume, which works out to 87 proof.  It’s sold in the gift shop and a few select liquor stores in that area, and is $75 for a 375 ML bottle.

What is Tennessee Whiskey, you ask?

Good question.  It’s Straight Whiskey produced in Tennessee and uses the Lincoln County Process of filtering through (or soaking in) charcoal prior to aging to help kick start the aging process. 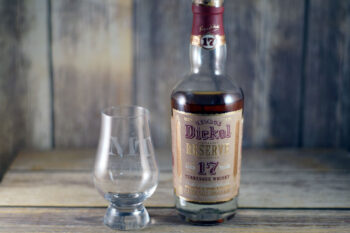 This is a nice little bottle.  It’s only 375 ML, which means that $75 price tag is only getting you half a bottle.  But it’s attractive.

Dark and murky, this looks every bit its age, despite the relatively low bottling proof.

Oak and caramel are evident here. It’s sweet and woody in a way that I last got from the Harper 15, another Diageo product, though there shouldn’t’ be any production or aging connections there as Harper 15 was distilled in Louisville at the Bernheim distillery and aged in Kentucky.  Nevertheless, it’s a sweet smell with hints of plum and dark fruit on the tail end. 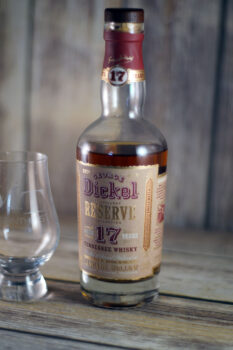 Shockingly, very little of that aroma carries through to the palate.  By that, I mean it’s absolute water on the first third of the tongue.  Nothing at all.  Not even alcohol.  The back of the tongue gets a little overblown oak and a hint of vanilla, but the lack of, well, anything on the first half of the palate is so strange that I figured my taste buds must have been singed by the 120 proof Ghost Barrel we were drinking, so I set this aside to try again a couple days later.

…And wound up with the same result.  Even drinking this first on the night, there’s absolutely nothing on the front of the palate.  Hugely disappointing.

Again, with so little flavor on the palate, it’s difficult to say this is anything but a frighteningly short finish.  There is some oak and age on the tail, but that’s a very minor sensation, and at only 87 proof, it doesn’t even have the alcohol levels to give a decent burn.

One of the most disappointing whiskeys I’ve tried in a couple years.  First, I expected more from Dickel.  I don’t have a ton of experience with their products, but what I have tried has been rock solid thus far.  But second, this is flavorless with a massive disconnect between the nose and the palate that is unforgivable in what amounts to a $150 bottle, if my math serves.

I even asked the gentleman who brought the bottle his thoughts, and he was clear he had the same experience and had wanted to see if I agreed.

I was so thrown off by this that I tried it a third time.  This time I tried it with water, over ice, etc.  Nothing.  I looked around online and was absolutely floored by the overwhelmingly positive reviews I’ve seen from other writers.  I can’t see it.  This is a huge whiff by Dickel, and you’re better served spending your money on almost anything else.