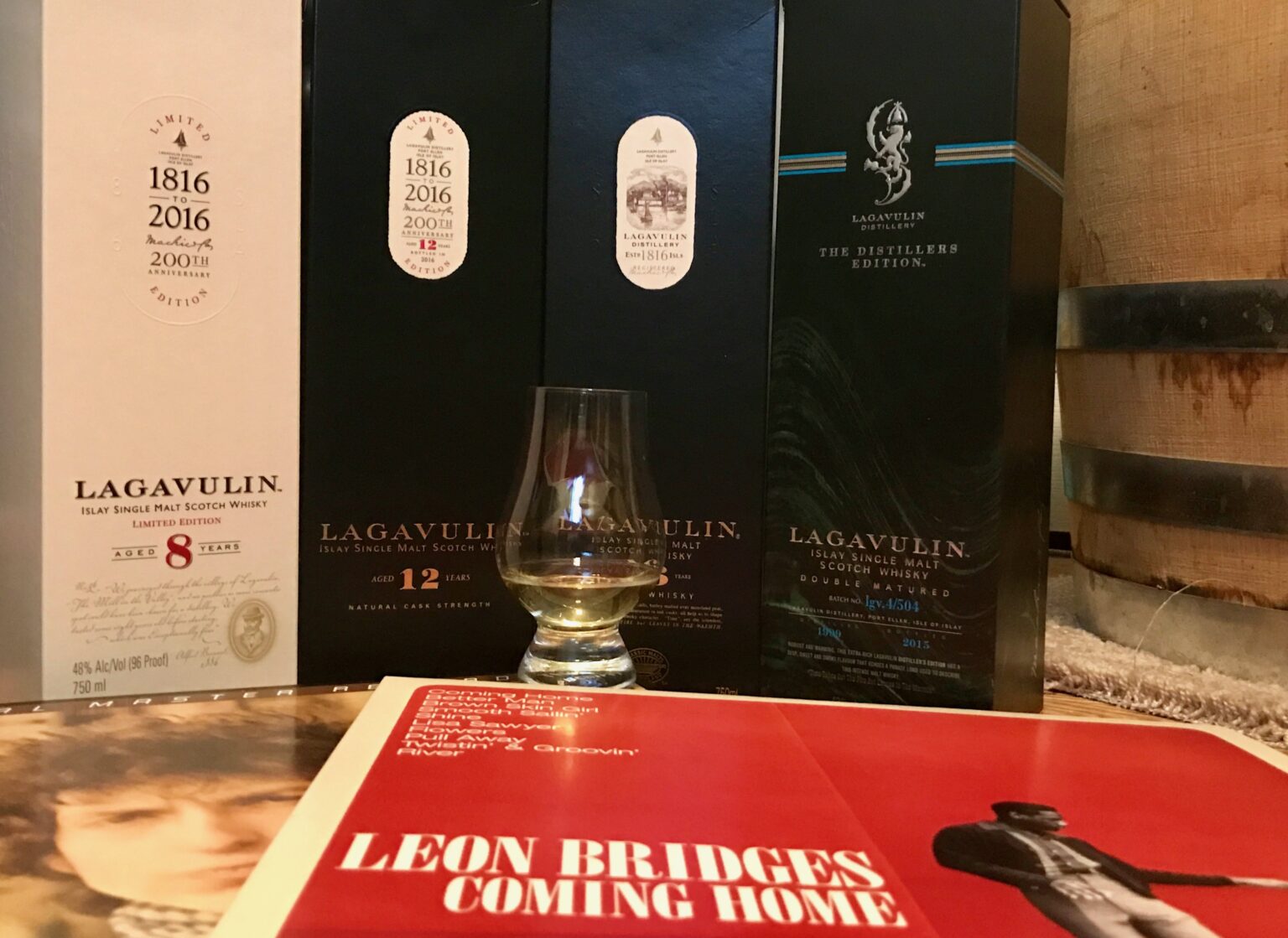 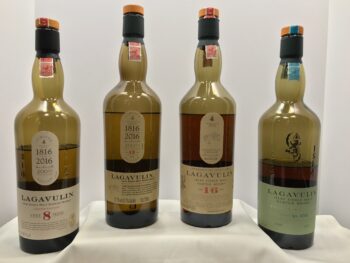 Now that the reviews of the four primary releases from the Lagavulin Distillery have been completed I wanted to take a moment to provide a bit of a recap.  As I sit writing, I’m slowing enjoying a nice dram of the Lagavulin 8-year old while American gospel and soul singer Leon Bridges’ debut album Coming Home plays in the background – on vinyl.  Yes, vinyl – an appropriate format to reflect on a series of excellent whiskies.  Bridges’ soul style, in a way, perfectly captures the essence of the sultry, smoky Islay offerings.  You can lose yourself in the music – and the whisky. The Lagavulin Distillery, this past year in 2016, celebrated its 200th anniversary.  In 1988, the 16-year old expression became one of Diageo’s six Classic Malts.  Ten years later, in 1998, they launched the Pedro Ximenez sherry finished Distillers Edition.  In the 2000’s the 12-year old cask strength version came onto the scene as a fairly regular release (15 releases so far), to be joined by the 8-year old as a special release (and one would hope an annual offering soon) as part of the recent bicentennial celebration.  An 18-year old and 25-year old (the first such release since 2002) have also been recently released, but are much more difficult to come by – and particularly for the 25-year old costlier (retail price of $1,200).  The most recent Whisky Advocate awards named the Lagavulin 25-year old the Islay Single Malt Whisky of the Year.  If anyone out there would like to share a sample of the 25-year old, just let me know, I’d love to give it a try.  And many of you I know are chuckling, yea, me too.

The Malt Whisky Yearbook 2017 notes that Lagavulin sold 1.9 million bottles of their whisky in 2015 and that the distillery is working around the clock now to try and keep up with demand.  For a recap of a few of those millions of bottles produced since 2015 – see the reviews below.

The complete scoring notes for each of the four reviewed releases can be found on the ModernThirst.com site or you can just click on the following links to take you there:

As you can see from the results above, the four Lagavulin offerings sampled over the past couple months are all solid whiskies.  Jeremy and I were consistent on the relative rankings, with the Distillers Edition slightly edging out the standard 16-year old.  While the 8-year old came in third just topping the 12-year old, none of these whiskies would be unwelcome in my collection.  If I had to go with only one bottle from Lagavulin I’d have to choose the Distillers Edition or the 16-year old (and the difference in cost between the two is negligible). 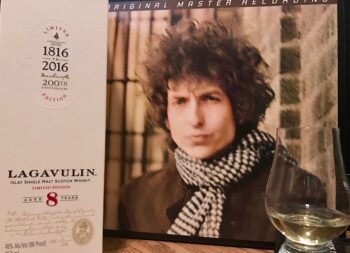 I’m a huge Bob Dylan fan, just ask anybody that knows me – it is actually very surprising that I’m listening to Leon Bridges as I write this ModernThirst.com entry while Blonde on Blonde on vinyl sits only steps away – but as I stated at the beginning, the soul of Bridges captures the moment better tonight.  Now some consider Dylan an acquired taste – or will say that he is a great songwriter (which he is – and a Nobel Laureate in Literature now, deservedly so), but that the singing is best left to others.  I disagree, but that is personal opinion, just like with whisk(e)y reviews.  Our tastes are different – some like Dylan, others like the Rolling Stones, and some even find rock and roll not their favorite (can it be) – just as some like scotch, and others only bourbon.  I’m here to tell you that you can enjoy both.  As you delve into the depth of the lyrics of a Dylan song, so you can immerse yourself in the engaging flavors of many styles of whisk(e)y.  Lew Bryson in his excellent book Tasting Whiskey: An Insider’s Guide to the Unique Pleasures of the World’s Finest Spirits talks about “breaking through the wall” in learning to appreciate whiskey.  I’m going to use the idea of breaking through “the wall” in a little different context – in relation to peated, smoky whiskies.  For many, such whisky is definitely an acquired taste, and I’ll admit for some in our Proper Pour Whisk(e)y Club it took a while for them to warm up to the many wonders of a nice, peated scotch.  Starting right out with a heavily peated whisky has turned many off from trying any other scotches – so, if that is you, as you progress in your whisk(e)y journey, give it another try sometime.  And maybe you too will be swayed by the depth offered by such whiskies – just as you can be swayed by the lyrics of a classic Dylan song. 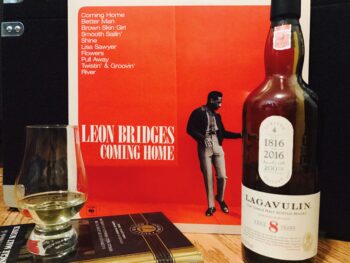 I leave you with this from Leon Bridges.  His song the River captures the symbolic role of the river in the typical spiritual —

Take me to your river

Take me to your river

I’ve never been to Islay or visited the Lagavulin Distillery, but I’ve read about it and looked at pictures of the beautiful coastline, the ruins of the Dunyvaig Castle, and the nearby waters flowing from the Solan Lochs.  I wanna go and see it first-hand, a bucket list item for sure, but until then I’ll listen to some more Leon Bridges and continue to enjoy the fine Lagavulin offerings, close my eyes and picture the aging casks sitting quietly, awaiting their turn to fill somebody’s glass years from now – all the while the salty sea mist embraces my imagination.