There are four key ingredients to a successful bourbon society: good organization, good people, good drink, and good content. I was unable to make it to the first meeting of the society due to the impending birth of my daughter, and I was worried that with predicted poor driving conditions, the hour and a half drive from Louisville would be too much to make after a full day of work. But fellow Modern Thirst owner, Matt, assured me that I wouldn’t regret making the trek, so in the car I hopped.

Matt was correct. The BSGC had all four ingredients on display last night at its second meeting at the Summit Hills Country Club in Crestview Hills, KY. The Turnout was impressive despite a cold front and impending rain, but the society packed room full of eager and friendly bourbon-o-philes.
Organizers welcomed guests to the meeting and discussed their vision for the future of the fledgling society. After, they turned the floor over to their featured guest speaker, Fred Minnick. Fred is a Wall Street Journal Best Selling Author and noted whiskey writer. His latest work is Whiskey Women: The Untold Story of How Women Saved Bourbon, Scotch & Irish Whiskey.

Fred took the 50-plus attendees through a lively and entertaining overview of some of the key facts in his book regarding the oft-forgotten and too-easily understated role of women in not only starting the distilling industry in the United States, but in carrying the entire liquor industry throughout and out of prohibition. After his presentation, he signed copies of his book and mingled with the full house.

So despite missing the split of I-71 from I-75 and driving 30 minutes out my way on the my journey home, being delayed by driving rain and the poorest planned lane closure outside of New Jersey in the history of transit, and a fussy 4 week old waiting for me when I got home, I am still happy to admit that the night was a great time, and well worth the trip.

You can order a copy of Whiskey Women: The Untold Story of How Women Saved Bourbon, Scotch & Irish Whiskey from Amazon.com, and follow Fred on his website.

The Bourbon Society of Greater Cincinnati holds meetings on the second Monday of each month. They can be found on Facebook and on Twitter. 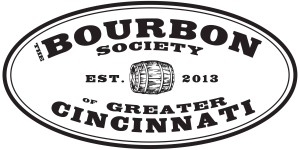