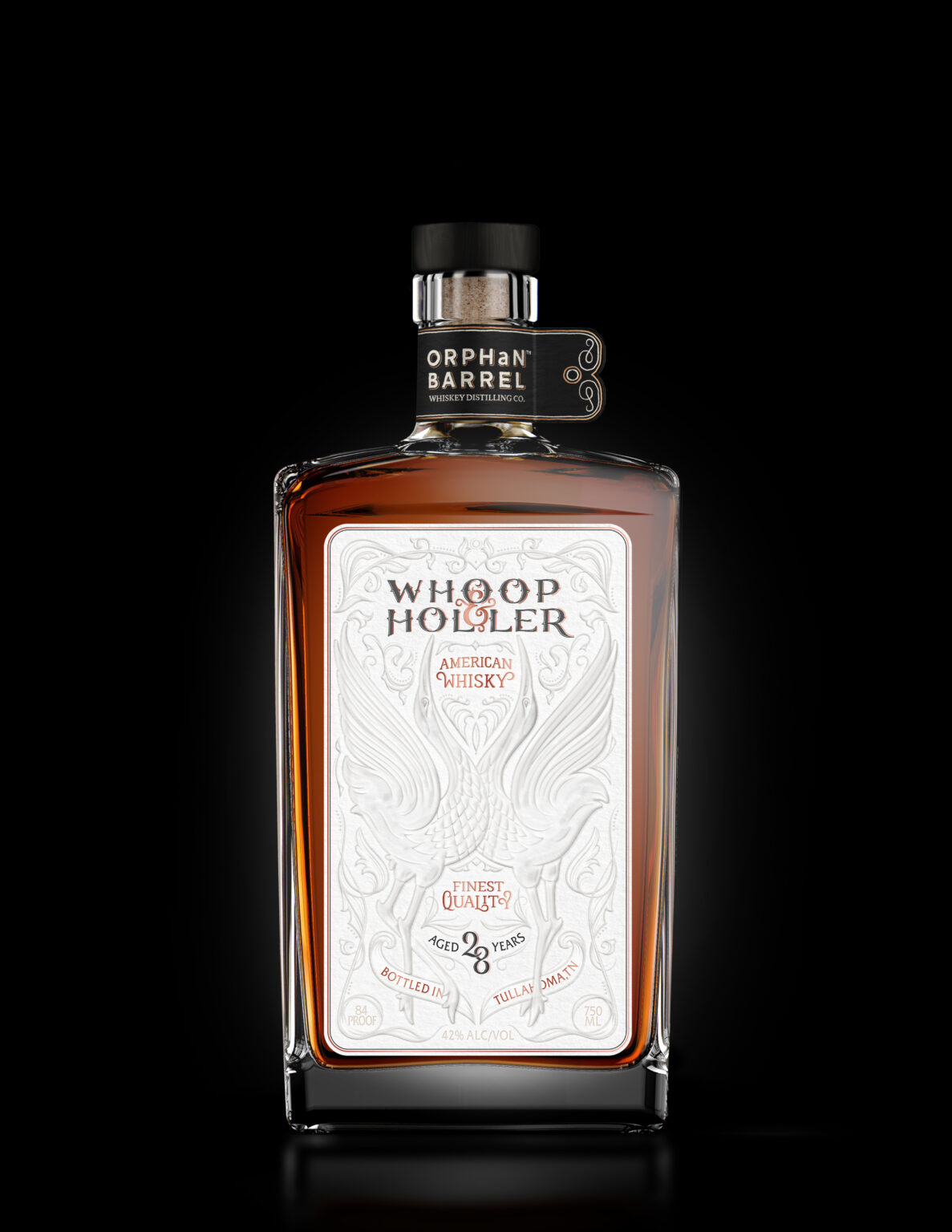 Surprisingly, this drinks better than the 17 Year Old George Dickel. Still, 28 years is far too long in the barrel, and this one shows it with an overabundance of oak that overpowers the sweet, natural flavors that should be at the forefront.

Whoop & Holler is the latest offering from the Orphan Barrel Distilling series from spirits giant Diageo.  At 28 years old, it’s the oldest whiskey they’ve released, and the first from Tennessee.  This is, essentially, George Dickel whiskey aged to a thus-far unheard of 28 years.

For the uninitiated, Tennessee Whiskey and Kentucky Bourbon are very similar.  In fact, they’re so similar that there is a bit of an ongoing and unending debate as to whether Tennessee Whiskey is actually Bourbon or not. To make a long story short, it’s bourbon that also undergoes the Lincoln County process, in which the new distillate is filtered through charcoal prior to barreling.  Fans of Tennessee whiskey will generally say it kick-starts the aging process. For myself, I say it’s definitely bourbon, but whether it’s Straight bourbon or not may be a bit of a discussion, depending on whether you think the Lincoln County process is a flavoring process.

Either way, I approached this release with a little skepticism.  I recently tried and reviewed a 17 year George Dickel whiskey that was, frankly, without flavor.  There was literally no sensation on the first 2/3 of the tongue, with a slight oak and barrel finish.  Hugely disappointing.

The bottle will be similar to the rest of the Orphan Barrel lineup in square medicinal-like bottles reminiscent of prohibition era whiskeys.  The label is largely white, with very little color.  Our sample arrived packaged in a faux book.  I have to give it to Diageo, they try really hard on these media samples.

Dark, but not overly so, this is clearly an older whiskey, but due to its lower proof, it’s not as inky as might be expected from a really old spirit.

Heavy oak on the nose on this one, but there there are some notes of bubblegum, raisins, and very ripe bananas.

Unlike the 17 Year Dickel, this one hits quickly on the front of the tongue with some sweet notes of cinnamon, clove, and vanilla.  But, like that bottling, it becomes very weak on the mid palate, though it’s far from non-existent as that was.  You can’t rest on that, however, as the rear palate is nearly assaulted with extreme oak and barrel tannins laced with some sweet vanilla and warm spices.

Pretty long, as a 28 year whiskey should be, but there are some bitter notes here from a whiskey with too many years in the barrel.  The end result is a finish with tons of oak.

There are oak bombs, and then there are 28 year old oak bombs.  This is a 28 year old oak bomb, as the prevailing sensation here is lots and lots and lots of oak.  I understand why it was released at only 84 proof, and while I generally criticize Diageo for releasing everything at very low and boring proofs, this one is probably for the best, as anything much north of this would undoubtedly overpower the faint sweet flavors with alcohol and more barrel characteristics.

Ultimately, it’s important to note that Bourbon and Tennessee Whiskey should simply never age this long.  It just doesn’t do well past 8-15 years.  While there are some exceptions to that, the general rule is that whiskey peaks in the barrel at some point before the flavors ultimately degrade.  In this case, it’s interesting that the 17 year Dickel was almost totally without merit, while this 28 year old Dickel juice does, in fact, have its high points- particularly the nose.

Orphan Barrel gets some criticism for its over-oaked profile, but that, too is becoming more in-demand as preferences change in the market.  And in the end, the consumers determine worth.  But I can’t fault Diageo for releasing these bottles.  What else are they supposed to do with them?  There’s clearly a market.  And purely as an academic exercise, they are providing a great insight into aging.  And unlike The Gifted Horse, this is at least a pretty straight-forward release…no mixing of 4 year old corn whiskey into this.  So my advice to Diageo, if anyone is listening, is to continue releasing these, but lay off the strange mixing and the fanciful stories.  The actual histories of these barrels is interesting enough.