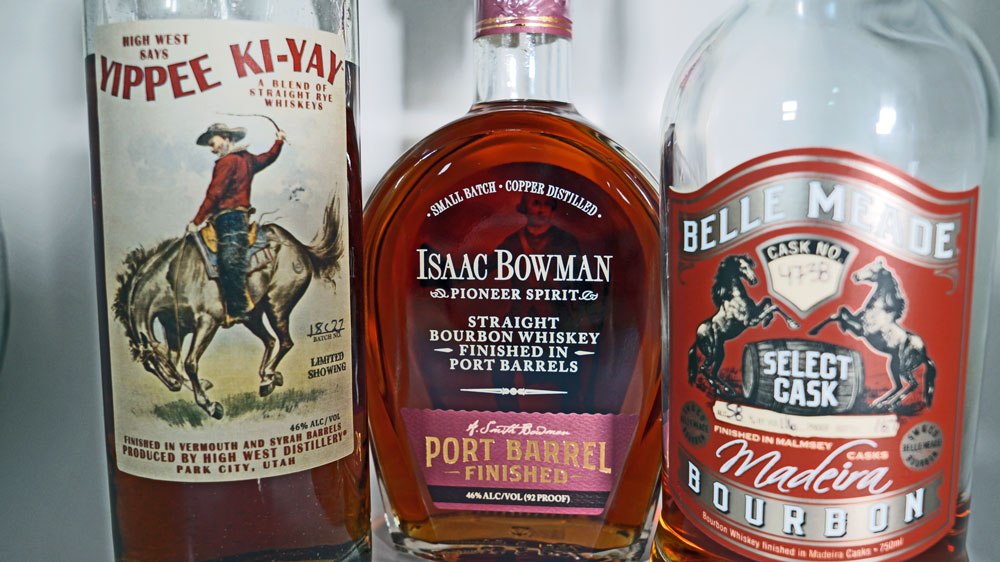 Barrel-Finished Whiskeys Worth Checking Out

I would guess that you’re probably wondering why I haven’t posted the traditional written reviews and blog posts lately. I apologize, and I’ll try to write more frequently.

The truth is that I don’t feel like it’s a good idea for me to personally review bottles with scores and such since I launched my own label of Four Gate Whiskey. It would kind of feel like a writer employed by Chevy reviewing all the vehicles Ford produces… it’d be hard to take that seriously. So I’ve backed off scoring whiskey, and instead have posted a number of videos with tasting notes and general comments. That’s also why I haven’t reviewed or scored my own label on the site.  But our team of writers including Wes, Nick, and Timothy, however, continue to taste and review whiskey for you.

That doesn’t mean I’m gone from the game altogether. I still love to drink whiskey, and I try lots of different styles. So today, let’s take another direction. Since I’ve been into finished whiskey of late, I thought I’d make a list of American finished bourbon and whiskey that you really ought to check out.

Now, if you’re not familiar with what barrel-finished whiskey is, check out the video I posted a couple weeks ago here.

And if you don’t feel like watching that, the general summary is that barrel-finishing whiskey is the art of taking aged whiskey and putting it into a second barrel that was previously used to age a different spirit- wine, rum, etc. That process mimics the variation in flavors more commonly found in whiskey from, well, everywhere but North America. Why? Because we have certain rules here on what exactly constitutes bourbon or rye whiskey- namely that they be aged in new charred oak barrels. Elsewhere (Scotland, Ireland, Japan, Taiwan, etc.), whiskey is rarely aged in new barrels, and instead aged in a huge variety of barrels from the very start, giving a plethora of flavor profiles to whiskey that, almost always, all comes from the exact same mash bill (100% malted barley).

In the U.S., to achieve that nuance, we must use a second barrel. In legalese terms, that defines barrel finished whiskey as a “whiskey specialty” and it must be labeled as the type of whiskey it is “finished in____ barrels/casks.” So a straight bourbon finished in wine casks would be labeled as such: “Straight Bourbon Whiskey Finished in Wine Casks.”

This does NOT include double barreled whiskey, which uses 2 different new oak containers (think Maker’s 46, Woodford Double Oaked, Michter’s toasted, etc.) This also does not include whiskey that was literally blended with another spirit (such as the Basil Hayden Caribbean Cask Reserve). And though I didn’t include them on the list, check out my own label’s barrel finished releases – Four Gate Whiskey Company.

So on to list. What finished whiskeys are worth hunting down? For the most part, I’ll stick to regular production or annual production whiskey that isn’t too terribly impossible to find. And I know there are a TON more, especially those distillers really pushing the next wave of great American whiskey- American Single Malts, that are barrel finished and excellent I haven’t tried. So feel free to comment with other suggestions. 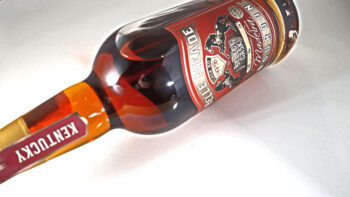 Sherry is a standard and very popular finishing cask for world whiskeys, with some of the most popular and sought-after Scotches being matured for many years in ex-sherry barrels. Sherry is a fortified wine made from white grapes in Spain, with the most popular variety being “Oloroso.” Sherry is a sweet, fruity wine that pairs well with whiskey, hence the popularity of the barrels in whiskey making and finishing. Belle Meade selects some of the their finest barrels to blend before filling Sherry Casks and bottling at 90.4 proof.

Likewise, Madeira is a fortified wine from the Portuguese Madeira islands that uses a combination of heat and aging to produce a sweet-honey-like, though sometimes tart (compared to sherry) fortified wine. Though not as popular with whiskey makers, these barrels are a wonderful compliment to corn-based whiskey like bourbon.

Like the sherry finished expression, the Madeira is released at 90.4 proof and is a wonderful combination of flavors, with tart cherries intermingling with traditional high-rye bourbon flavors.

Both of these expressions can be found in some states as a “select cask” option, meaning a store or restaurant bought an entire barrel of the whiskey and gets it at barrel proof. I highly recommend the Madeira option if available in your state. The select cask sherry bottles I’ve tasted have been extremely overcooked, and stray a bit too strongly to the sherry flavors over the bourbon flavors for my liking.

Belle Meade has also released a few other barrel-finished bourbons, most notably the cognac finished line. I prefer the sherry and madeira. They also have released several “Craftsman Casks Collection” bourbons bottled in ex-beer barrels. I’ve not tried those, so I did not include them. 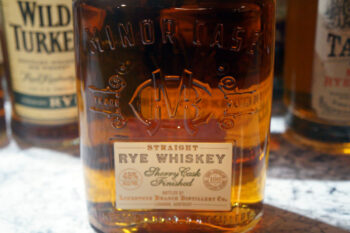 Using a slightly more corn-heavy MGP-sourced rye whiskey than the traditional 95/5 MGP mashbill, Limestone Branch finishes a somewhat young rye in Sherry barrels to create a wonderfully tasty and sweet expression that tastes and drinks much more complex than its age might suggest. 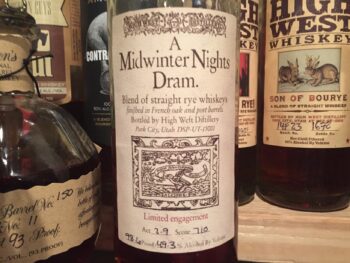 Ever wondered what distilling Christmas down to a liquid form and putting it in a bottle tastes like? Find a bottle of this. It just tastes like Christmas. You want to drink it with Bing Crosby singing on the radio in front of a warm fire with a twinkling Christmas tree in the corner. It’s a blend of rye whiskeys from High West finished in French oak port wine barrels and the result is a spicy treat that tastes like spiced wine and rye whiskey had a holiday love child and Santa adopted it and raised it at the North Pole. We’ve reviewed one expression directly and talked about several on a video chat:

This kind of has to be on the list for a couple reasons. #1, it’s a solid whiskey. #2, its really the only major national brand out there that barrel finishes their whiskey as a rule. They finish their standard bourbon in Port barrels, plus have released rum-finished rye. It’s kind of the baseline for barrel finishing. The port finish on the standard bourbon is subtle to the point of sometimes being difficult to identify, but at a lower proof, it works. 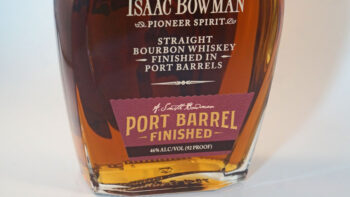 A relative value at under $50, this one comes off sweet and easy drinking with very noticeable port flavors on the nose and palate. It’s rather dry on the finish, causing me to go back over and over for sips. It’s a great example of a somewhat lower proof (92) bourbon with strong port notes. 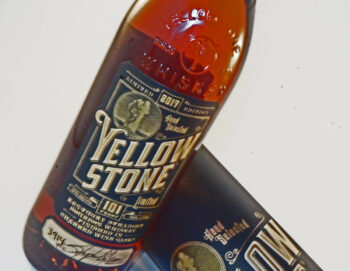 Though it’s limited, this can usually be found in stores for a while after its released and represents the second of Limestone Branch’s barrel-finished whiskeys on the list. A blend of bourbons (the blend varies by year) finished in newly-toasted wine barrels, this comes off as a rich and velvety whiskey in a gorgeous presentation that is well worth a try 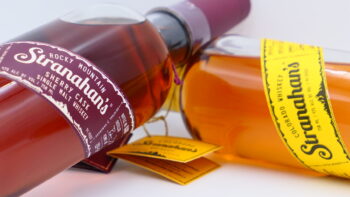 An American malt whiskey finished in sherry barrels is a definite must on any finished whiskey list and Stranahan’s makes a great one. Unfortunately not distributed to Kentucky yet, I’ve had the pleasure of trying this several times and it’s excellent. Stranahan’s continues to be a leader in the American Single Malt category.

Much harder-to-find releases that you should check out if the opportunity arises: 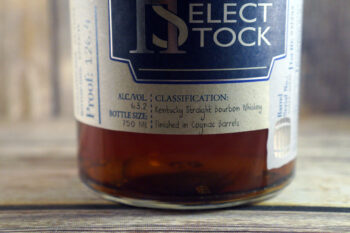 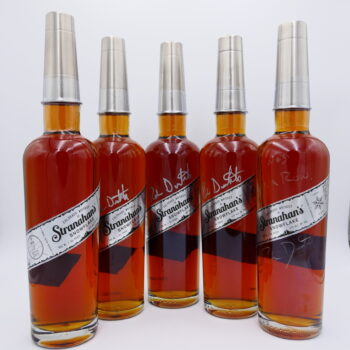 An annual release that varies each year in the finishing type and technique, I’ve been lucky enough to try samples from a bunch of them and these can be fantastic. Unfortunately, the bottles don’t make their way to Kentucky, but the samples I’ve had have been fantastic. Wes has spoken about and written out these release numerous times on the site, including this comprehensive post about Snowflake releases #15-20.

A one-time release, this whiskey spent 2-3 long years in sherry barrels and was released at 100 proof. Only about 3,500 bottles were produced, so finding this is a chore these days, but it’s ripe with heavy sherry flavors. 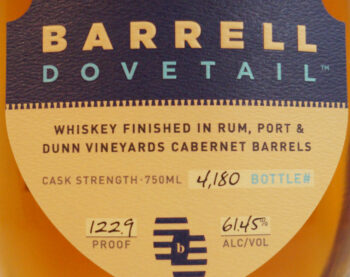 This singular release from Barrell Craft Spirits highlights the rising trend of whiskey blenders willing to experiment with barrel finishing. It’s a combo of a 10 year whiskey from Indiana that was finished in Dunn Vineyards cabernet barrels and an 11 year old bourbon from Tennessee finished in port and blackstrap rum casks. It’s so well done that Timothy rated it a 91 on our site.