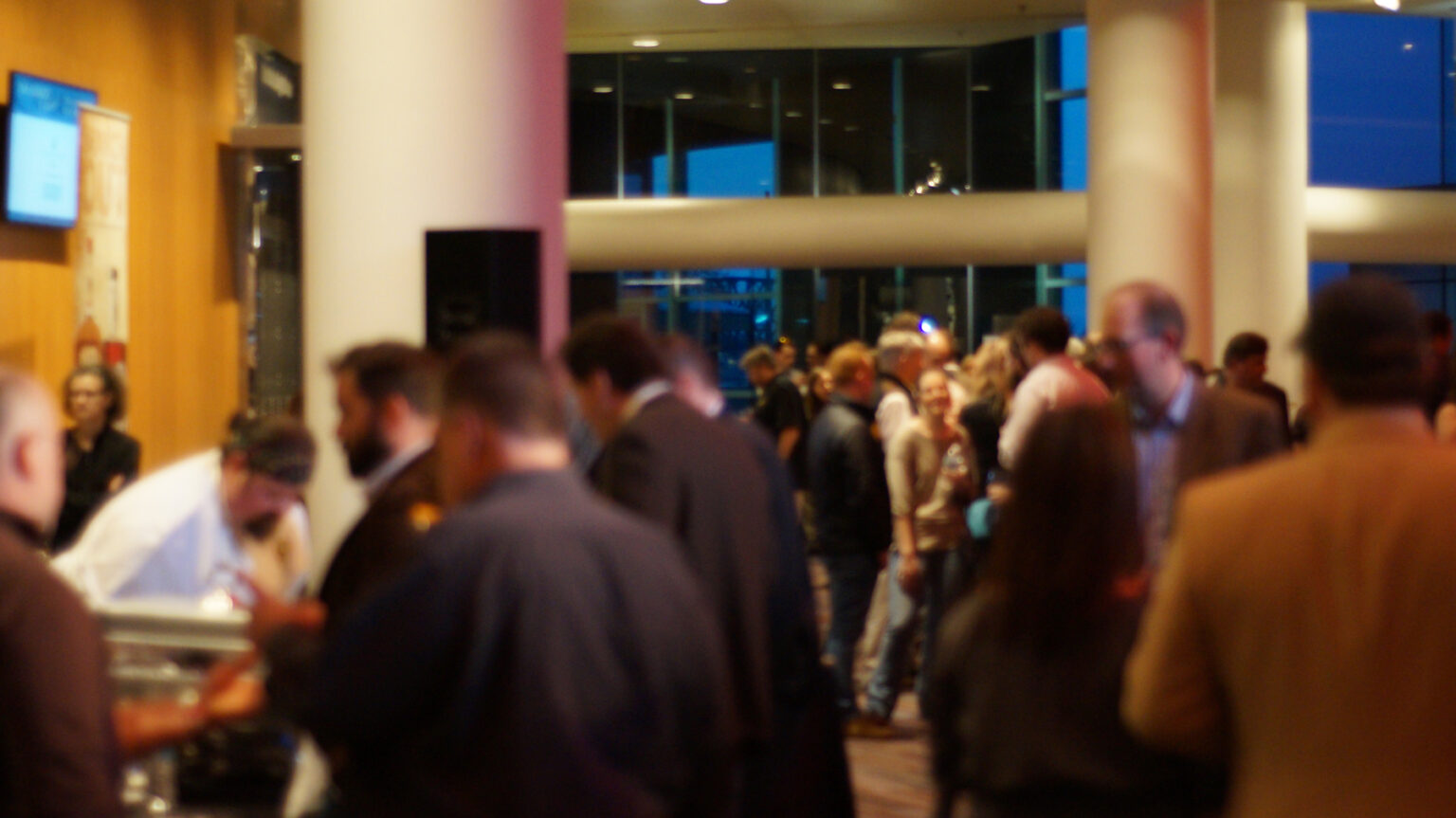 Scenes from the 2016 Bourbon Classic

Year #2 For ModernThirst at the Bourbon Classic has come and gone, and we enjoyed every moment of it.

In 2015, Matt and I were fortunate enough to be a part of the media tour that accompanied the main events, riding a chartered bus around central Kentucky for 4 days and drinking more bourbon than any sane person should over the course of nearly a week.  By the time the main event came around that year, I was a combination of hung over, drunk, and exhausted.  This year, we took a different approach.

A group of select bourbon media members decided to form their own tour group, limiting festivities to two days.  Thus was born RogueBuss.   So our 2016 Bourbon Classic experience was a three day event rather than the aforementioned 5 day extravaganza.  My liver and my wife are both grateful. 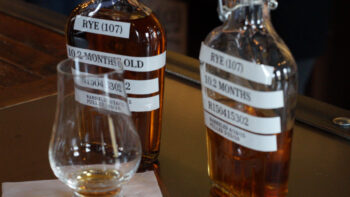 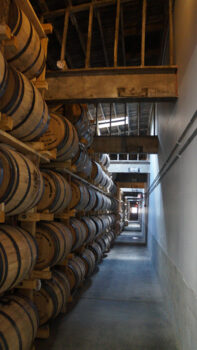 We met at Kentucky Peerless and toured the facility with Corky and Carson Taylor.  This distillery is a rebirth of a very old brand (DSP-KY-50) under descendants of the original owner.  From a facility standpoint, I can’t imagine an urban setting more appropriate than that which they have created.  In the shell of a century old warehouse, Kentucky Peerless is a modern showpiece of distilling science, but retains the charm of a venerable operation.  great facility aside, the 10 month old rye whiskey we tasted was good enough to drink now, and at 2 years old, might be fantastic.  Keep your eyes on Kentucky Peerless.  I was the first of the group to break out a flask, and by lunchtime, I had drained it.  Luckily, this wasn’t just a group of media members, but BOURBON media members, so there was no shortage of bourbon in the group that was shared liberally with all.

You can read more about our visit to Kentucky Peerless here: 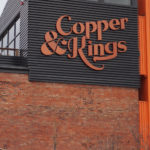 We followed that experience with a visit to Copper & Kings.  If you’re not familier, Copper & kings is a Brandy distillery in the Butchertown neighborhood of Louisville.  With a definite Hipster vibe, but the product to back it up, C&K is both a great visit and a really good producer of liquor.  At the end of the tour, we were left nearly unsupervised in the tasting room with a rack of brandy products to sample, plus absinthe, and all four of the distillery’s not-yet-released CR&FTWERK Brandy aged in used beer barrels (it. is. awesome.)  As we felt we were nearing the end of our welcome, we were joined by The Bourbon Guys, who were a touch late to the scene do to a barrel selection they were leading elsewhere.  New bloggers?  We’d better stay and make sure they get to taste everything, too.  An hour or two later, we were nearly through everything they had to offer, and our only tasting guide was most assuredly tired of putting up with us.

You can read more about our visit to Copper & Kings here:

After overstaying our welcome (and drinking way too much CR&FTWERK ), we departed for a quick change of clothes at the hotels, and made our way to our dinner venue at The Silver Dollar.  Consistently ranked amongst the best bourbon bars and Louisville (and thus in the world as well), the Silver Dollar is a mecca for fine bourbon, great cocktails, and really nice food.  Matt departed early in the dinner service to catch an Arlo Guthrie concert with a mutual friend (you didn’t misread that), so I stayed with my fellow Buss people and enjoyed dinner and drinks.  About 15 minutes later (seemingly), our mutual friend called me to ask my address because Matt was nearly incoherent.  Awesome.  I grabbed an Uber, unfortunately skipped the after party at Haymarket Whiskey Bar, and hurried home… where I found Matt wandering lost in my backyard. 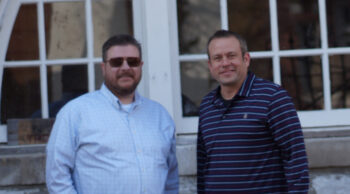 Everyone started out a little sluggish, as the previous day’s festivities weren’t exactly easy to overcome.  Nonetheless, we piled on the buss (I’m aware of the spelling) and made our way to Four Roses’ Cox’s Creek facility.  Cox’s Creek is located near Clermont, KY, and is the site of Four Roses’ bottling and packaging facility, as well as their barrel selection tasting room.  We began by going through a barrel selection process.  If you’ve never done that and the opportunity ever arises, do it. 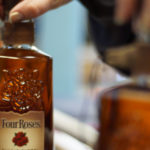 We were then treated to a tour of the new bottling and production facilities there on site that will eventually increase Four Roses’ bottling capabilities by threefold or more.  As a matter of pride, very little whiskey was left in that tasting room after we departed, despite everyone’s difficulty drinking bourbon at 10:30 in the morning.  Did I mention that this group was made up of BOURBON media?

You can read more about our visit to Four Roses Cox’s Creek here: 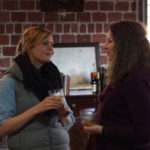 After departing Four Roses and stopping for lunch, we arrived at the distillery formerly known as Old Taylor, where Master Distiller Marianne Barnes gave us a tour of the still-in-renovation site, and held a reception afterwards with cocktails and Q&A sessions.  Our big surprise in the reception was the revelation of the distillery’s new name: Castle & Key, which was not going to be revealed to the general public until the following Monday.  We were, of course, sworn to secrecy.

You Can read more about our visit to Castle & Key here:

The Distillery formerly known as Old Taylor has a new name! 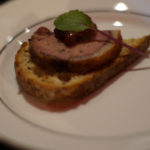 Then came the main events.

We cleaned up, dressed up, and made our way to the Kentucky Center for the Arts where the food and cocktail competition was to begin.  Mixologists paired with local and regional chefs to create pairings of classic cocktails with small plates, and then a second round of contemporary cocktails and small plates.  As a man who is no stranger to food or bourbon, this is event is a must-attend.  Aside from the absurd preponderance of handlebar mustaches on the mixologists and the overuse of bitters, the sheer volume of cocktails plus the range of both food and beverages is so broad that it’s nearly impossible to recall all of them.  Just accept this:  They were good.  Some were great.  by the end of the night, I was both stuffed and drunk.

A quick cab ride to Haymarket Whiskey Bar and the after party ensued.  I’m not sure when we left.  It was definitely late and I was definitely drunk. 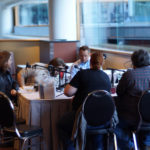 We met at the Center for the Arts in the early afternoon with the bulk of the media we had been touring with the past several days to record the mother of all bourbon podcasts.  Special Thanks to Mike Woods of Sips, Suds, & Smokes, and Jonathan Piercy of Eight Piece Box for providing the audio and technical support to record it and serving as Emcee, respectively.

ModernThirst and the Bussclub sat down on the Saturday before the Bourbon Classic to record the mother of all bourbon podcasts.

Then it was off to the Classic itself.

For those unaware, the early part of Saturday’s events are split into breakout sessions called “Bourbon University.”   Attendees can choose from a variety of sessions including Bourbon and Ham pairings, making Bourbon Cocktails, and the Blanton’s “Entertaining with Bourbon” breakout that Matt and I attended. 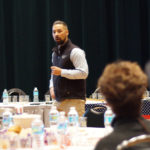 The Bourbon Masters session followed that, along with a second round of Bourbon University.  Matt and I, however, skipped those.  Why?  Kentucky Basketball was playing at Vanderbilt, and we all have our priorities.  In typical fashion, my attention was the kiss of death to my Wildcats, who lost the game.  Great.  At least we got lunch.

We were back in plenty of time for the main event: a large scale exhibition of Bourbon and Bourbon-related 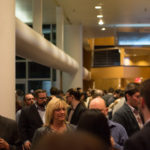 producers sharing pours of their products and speaking with enthusiasts about their products and businesses.  If anyone made it to the main event sober, they didn’t leave that way.  Matt and I grabbed an Uber back to my house. At least I’m pretty sure that’s what happened…I barely remember, though my wife could probably tell me to the second when I came in the door and at exactly what decibel.

Special Thanks to Dan Gardner of Four Roses, Matt Landan of Haymarket Whiskey Bar, and the whole BussClub for a great event!

Scenes from Friday and Saturday, the Main Events:

Read about the 2015 Bourbon Classic here:

In early 2014, Modern Thirst took a stroll down the Kentucky Bourbon Trail and visited Jim Beam’s massive American Stillhouse in Clermont, KY.  (See post about previous visit here.) In February of this year, as part of the Bourbon Classic Media tour, we were able to visit again despite a heavy snowfall the prior night.  In

I am often asked by visitors who come to the area to experience the bourbon culture of Kentucky which distillery I enjoy most. The regular names always come to mind- Jim Beam, Buffalo Trace, Makers Mark, Evan Williams, Woodford Reserve, etc. For some reason, one of the oldest and largest of the distilleries always seems

Modern Thirst was extremely fortunate during last week’s Media Tour for the Bourbon Classic to have the services of Ben Durant, a professional photographer, Modern Thirst contributor, and retail liquor store proprietor.  Mother Nature did her best to put a damper on the tour, dumping from 8-12 inches of snow, more in some places, on Central

live on the edge of the bourbon world. Bourbon is my drink of choice and a driving force behind the profitability of the liquor store I own. While I know a lot about the industry, I am by no means an expert. Recently, I got an invitation to join some friends on a media tour

I know, I know.  We attend the biggest, baddest, bestest (sue me) bourbon event of the year right here in Louisville and a full two days with no review of the actual event?  Real life beckons.  So while we sort out what we actually remember versus what is a bourbon-induced hallucination, here’s some of the

Modernthirst.com will be on location covering the 2015 Bourbon Classic on February 20-21st in Louisville.  Are you planning to attend?  We’d love to meet up with ModernThirst readers at the event!  So let us know if you’re there, and we’ll be on the lookout! And if you’re in town, be careful!  If you need a ride,